The Sacred Games actor, who turns 52 today, will be seen in two back-to-back films — Vikram Vedha and Adhipurush 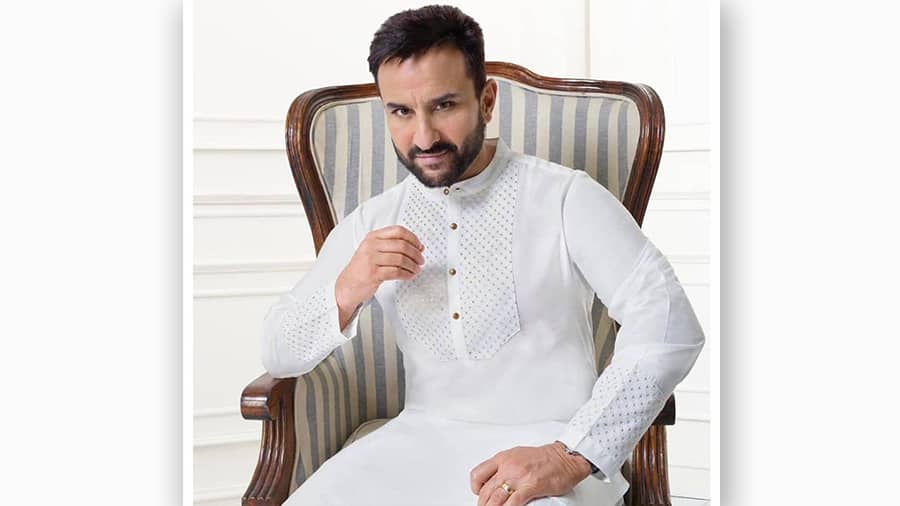 A cool actor and a cool dad as well, Saif Ali Khan turns 52 today. Saif, who made his debut with Yash Chopra’s Parampara in 1993, has been known for choosing out-of-the-box roles. He will be seen in two back-to-back releases — Vikram Vedha, a neo-noir action thriller written and directed by Pushkar–Gayathri, and Adhipurush, a mythological film based on the Ramayana, directed by Om Raut.

Take a look at these photos posted by his wife Kareena Kapoor Khan and daughter Sara Ali Khan for a peek into the life of a rare Bollywood star who’s not on any social media platform and to discover the doting dad that Saif is.

The Sacred Games  actor frequently steps out with his children — Ibrahim, Sara, Taimur and Jehangir — to spend quality time with them. This snapshot was posted by Sara, wishing her youngest sibling, Jehangir, on his first birthday.

With Tim Tim and ice cream

Back in 2016, the birth of Saif and Kareena’s first child, Taimur, almost broke the internet. After a stream of his pictures made their way to social media, baby Taimur became a mini celebrity. Here’s the dad and his little boy bonding over ice cream. Kareena captioned it: “Is it Valentine’s Day? Ok then lets ice cream…#forever two.Saifu and Tim Tim”

Saif and Kareena’s second child, Jehangir, also has a growing fanbase, thanks to adorable pictures of his many moods that his mom posts. Saif and his youngest son headbutting and playing with toys without a care in the world is just what Kareena wrote: “Love and Light”.

Saif and his eldest son, Ibrahim, who is working in Karan Johar’s Rocky Aur Rani Ki Prem Kahani, are absolute lookalikes. This father-son photo garnered a lot of love online, especially with Taimur in it.

Saif’s Hindi film career had started to take off when Sara Ali Khan was a toddler, but he was the same old doting dad back then too. .

Sara posted this throwback picture of her and brother, Ibrahim, with wishing Saif on Father’s Day.