Advertisement
Home / Entertainment / Before ‘All or Nothing: Arsenal’, watch these 5+ documentary films on Arsenal

Before ‘All or Nothing: Arsenal’, watch these 5+ documentary films on Arsenal

From ‘Arsene Wenger: Invincible’ to ‘89’ to ‘The Highbury Years’, these documentaries will help you learn about Arsenal’s accomplishments of its illustrious past 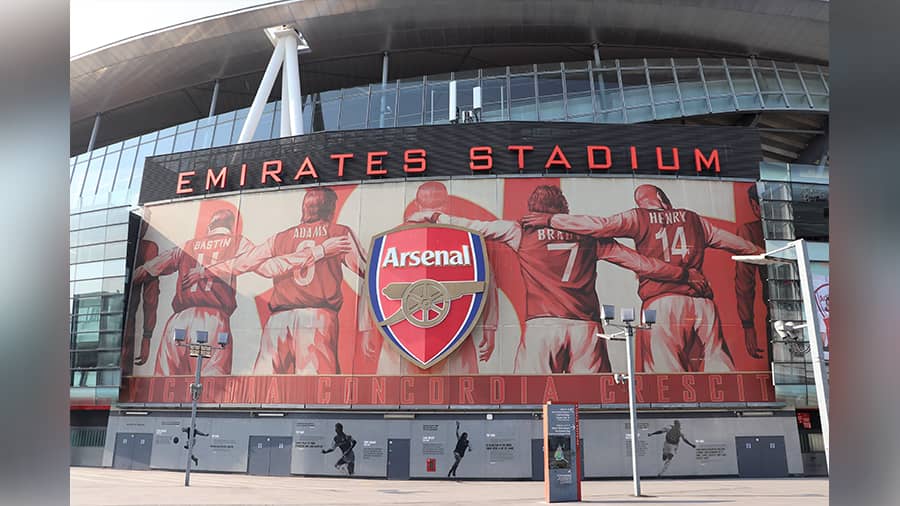 The recent first look trailer of Amazon Prime Video’s upcoming documentary series All or Nothing: Arsenal has got the Gunners gunning for an in-depth peek into their team.

To gear up for the all-access docu-series which starts streaming on August 4, let us take a look at some documentaries on the north London-based club.

‘All or Nothing: Arsenal’ trailer out

Founded by a group of workers of the Royal Arsenal factory at Woolwich, London in 1886, the club went from Dial Square Football Club to Royal Arsenal to Woolwich Arsenal to finally settle with the name Arsenal in 1915. In its storied 135 years of existence, the club of weapon manufacturers went on to become one of the finest in Britain and Europe.

Legendary managers like Herbert Chapman to Arsene Wenger have left a remarkable legacy and impact on the game of football through Arsenal. Iconic players like Ian Wright, Tony Adams, Thierry Henry, Dennis Bergkamp and Patrick Vieira have played for the club and made history.

Here are a few Arsenal documentaries you need to watch to discover more about the extraordinary accomplishments of its illustrious past.

This documentary tells the story of revolutionary Arsenal manager Arsene Wenger and his time at the club with insight from the man himself. The focus of the film is set with the backdrop of the 2003/04 season, when Arsenal won the title without losing a single game. It also features interviews with the likes of Thierry Henry, Dennis Bergkamp, Patrick Vieira, Ian Wright and even Sir Alex Ferguson.

89 recounts the extraordinary tale of one of football’s biggest accomplishments, when Arsenal, against all odds, defeated Liverpool to win the Championship in the final seconds of the 1988–89 season’s final game at Anfield. It’s a universal narrative of a group of brothers who banded together to overcome the odds and make history under the direction of a charismatic and well-liked manager. The documentary also recounts the tragic Hillsborough Stadium disaster.

Rocky & Wrighty: From Brockley To The Big Time

This 2017 documentary produced by BT Sports chronicles the extraordinary story of how a young David Rocastle’s meteoric rise to stardom with Arsenal inspired boyhood friend Ian Wright to also achieve legendary status with the Gunners. It is filled with archival footage of the late Rocastle and candid interviews with his childhood friends, teammates and of course Ian Wright. This documentary highlights the importance of football clubs to the people of the community and nearby areas.

This feature documentary was made by Arsenal football club to honour one of its greatest ever football players, Thierry Henry. The Frenchman won two league titles, three FA Cups, four Golden Boots and five Player of the Year awards, and on the way became Arsenal’s all-time leading goalscorer. The World Cup winner wasn’t even considered as a striker when he joined the club. This documentary focuses on Henry’s arrival from Juventus in 1999 and follows his journey in the famous red-and-white jersey.

This documentary recounts the tale of Arsenal’s 2003/04 league campaign when Arsene Wenger’s team created history by becoming the first English side to go an entire league campaign without a defeat in the modern game. This documentary is a celebration of the greatest achievement in English football. It captures the heart and thrill of that triumph, filled with interviews with players, coaches, journalists and opponents. It focuses on each and every important game of that Premier League season.