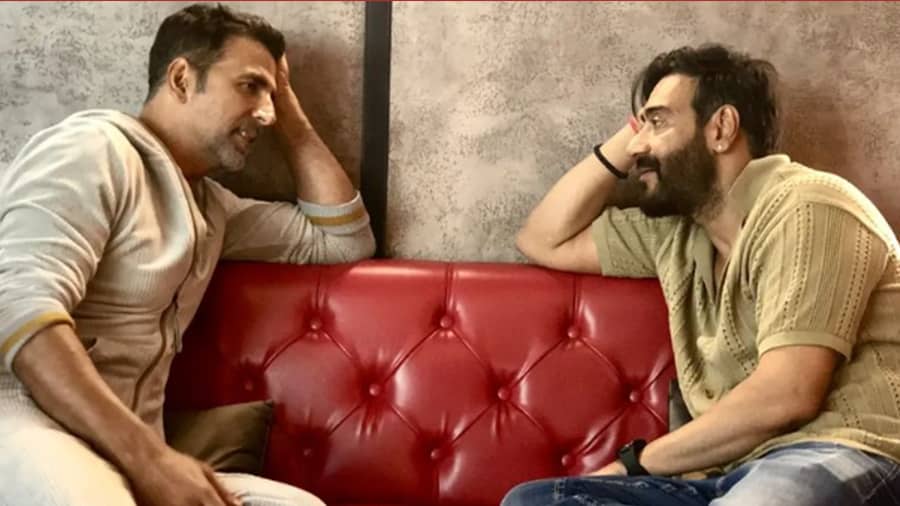 “#AjayDevgn #SidharthMalhotra #RakulPreetSingh upcoming #ThankGod set to release this Diwali. Produced by #BhushanKumar #IndraKumar #AshokThakeria is a slice of life that will tickle your funny bones along with a beautiful message,” read the tweet.

Thank God was announced in January last year and its shooting wrapped up in January this year.

The VFX-heavy film has a fantasy-based plotline which follows Sidharth’s untimely death. Ajay reportedly is playing the role of the God of Death, ‘Yamraj’, in the movie. The comic plot of the movie is to be driven by the banter between Ajay and Sidharth.

The movie will also feature a song by Sri Lankan singer Yohani. The singer had shot to popularity with her Sri Lankan Sinhala-language song Manike Mage Hithe. She will be singing the Hindi version of the viral song as a part of Thank God’s soundtrack. Actress Nora Fatehi will also be making a guest appearance in the movie. She will be featuring alongside Sidharth in the Hindi version of Manike Mage Hithe.

Besides the upcoming comedy flick, Ajay will be seen in several other productions in the coming year. He recently made his OTT debut in the Disney+ Hotstar series Rudra and was also a part of the blockbuster RRR which gained global acclaim.

At the domestic box office, the film is set to clash with Ram Setu, which will also release on Diwali 2022. This movie will explore the mythological bridge Ram-Setu which bridged India and Sri Lanka according to the Ramayana. Jacqueline Fernandez, Nushrratt Bharuccha and Satyadev Kancharana will star in the film along with the Kesari actor.