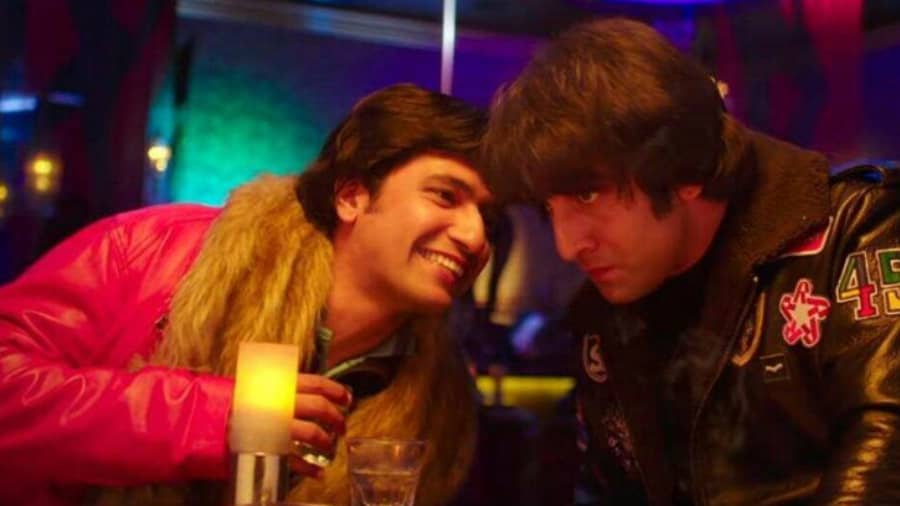 From Jai in Sholay to Circuit in the Munnabhai films, Bollywood has churned out many memorable male characters who may have played second fiddle to the protagonist but are vital cogs in the scheme of things. These characters have always come to the rescue of our heroes when they were at their lowest. On International Men’s Day, we pick our six favourite supporting male characters who played the perfect friend, philosopher and guide to the leading men.

Ashwiny Iyer Tiwari’s Bareilly Ki Barfi depends heavily on the love-hate friendship between Chirag Dubey (Ayushmann Khurrana) and Pritam Vidrohi (Rajkummar Rao). When Bitti Mishra (Kriti Sanon) comes across Chirag’s book of poetry, Bareilly ki Barfi, published under the alias of Pritam Vidrohi, Chirag begins an elaborate game to woo her by recruiting Pritam’s help. Pritam plays along as Chirag asks him to do things that don’t sit well with this genial nature. He even fakes his love for Bitti only so that Chirag could come clean about his feelings for Bitti. Rajkummar transforms from a meek underdog to an angry young man, making himself an indispensable part of the love story.

Vicky Kaushal plays the role of Sanjay Dutt’s best friend Kamlesh Kanhaiyalal Kapasi aka Kamli in Rajkumar Hirani’s Sanju. The film based on the life of actor Sanjay Dutt was headlined by Ranbir Kapoor. Kamli, who is a huge fan of Nargis Dutt, bumps into Sanju in New York and they become friends in no time. Kamli is a loyal friend and becomes Sanju’s pillar of strength when he goes through a rough patch in life. It’s Kamli who keeps Sanju away from drugs and even tries to help him patch up with his ex-girlfriend. Vicky’s accent as an NRI Gujarati is on point, and he adds a dash of humour in scenes loaded with emotional drama.

Pankaj Tripathi plays Rudra, a paranologist, in this horror comedy directed by Amar Kaushik. He is a resident of Chanderi, a small town where the spirit of a woman, referred to as Stree, supposedly roams at night and abducts men. When one of his friends is kidnapped by Stree, Vicky (Rajkummar Rao), a ladies’ tailor, goes to Rudra for his help with the matter. Rudra tells him about the myths associated with Stree, and is finally able to unravel the mystery along with Vicky. Rudra’s eccentricities, portrayed to the hilt by Tripathi, make this film a rib-tickling experience.

Sonu Sharma (Kartik Aaryan) and Titu Sharma (Sunny Singh) are childhood friends. Their friendship is put to test when Titu falls in love with Sweety (Nushrratt Bharuccha). Sweety wants to marry Titu for his money and the careful Sonu has a hunch about her intentions. He sticks his neck out for Titu, who is oblivious to Sweety’s manipulations,   and is determined to save him from this trap. Luv Ranjan’s comedy drama struck a chord with the audience for its humour and for Aaryan who made Sonu very believable.

MC Sher (Siddhant Chaturvedi) is a mentor to up and coming rapper Murad (Ranveer Singh) in Zoya Akhtar’s coming-of-age drama, loosely based on the lives of rappers Naezy and Divine. He inspires and guides Murad to give his best and has no ill feelings when Murad, instead of him, gets selected for a coveted competition. MC Sher stands behind Murad like a rock as he becomes one of India’s top rappers. Gully Boy showed a different side of male friendship, one that is gentle and nurturing, and debutant Siddhant Chaturvedi played MC Sher with a lot of swag and humour.

On his overseas journey to support his ambitious daughter’s higher education, Champak (Irrfan Khan), a single father, finds an ally in his half-brother Gopi (Deepak Dobriyal). Champak and Gopi run their own sweet shops and are at loggerheads over the proprietorship of the family name ‘Ghasitaram’. But this professional rivalry doesn’t get in the way of their fondness for each other.

They travel to London to help Champak’s daughter Tarika find accommodation before her school session commences. And it’s their misadventures in foreign land that drive a large chunk of the film’s plot. Irrfan Khan and Deepak Dobriyal made a perfect pair of brothers getting into a comic turn of events.