They torched our house and our documents like voter-identification card, Aadhaar and PAN card, were also destroyed, one of the victims said 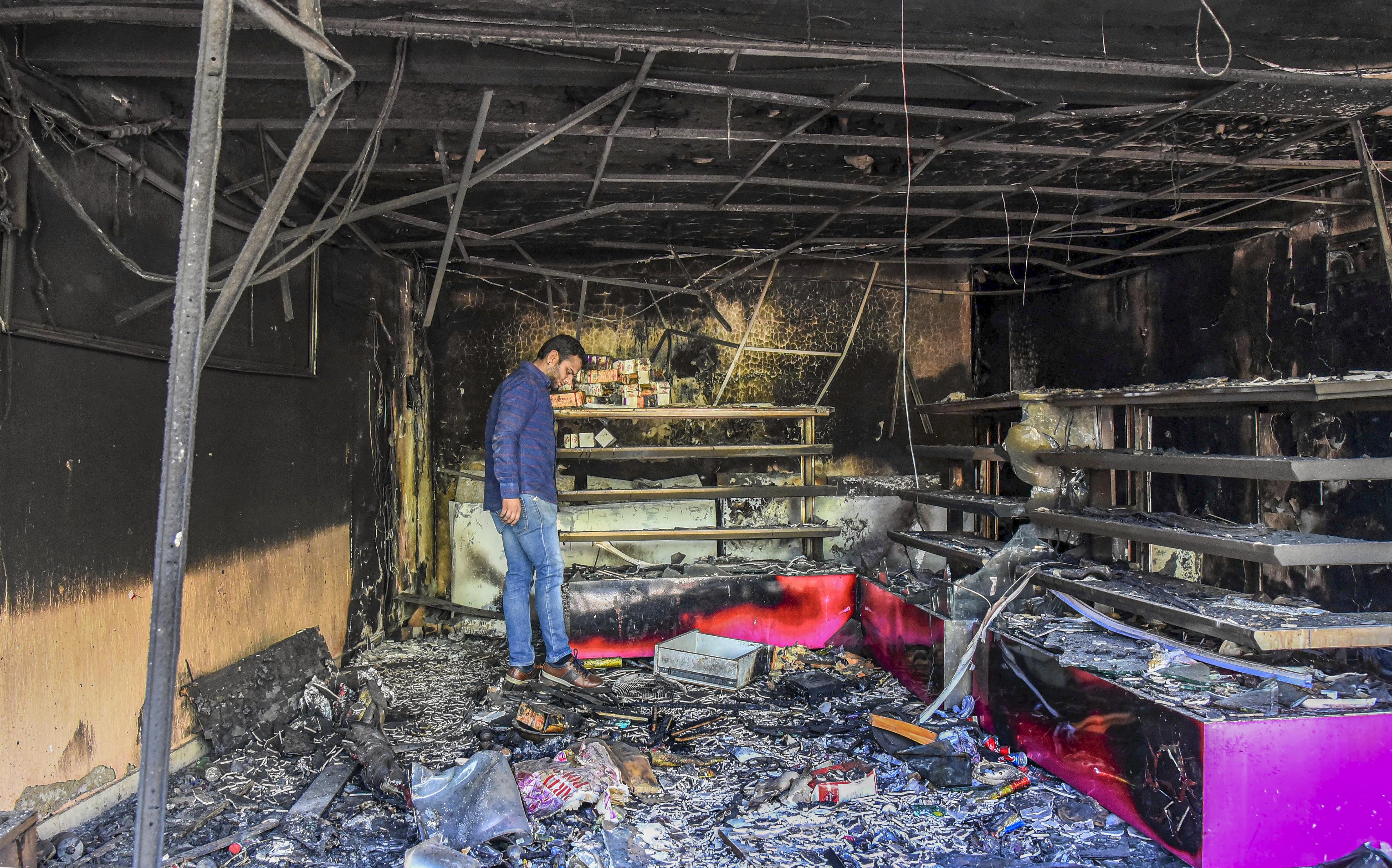 With their documents destroyed along with their homes, many riot-hit victims face uncertainty on how to claim compensation from the Delhi government.

At a relief camp in Al-Hind Hospital in Mustafabad, one of the worst affected areas, there were many such families facing the same question.

However, an official said the government is ensuring hassle-free compensation process so that no victim has to face difficulties while getting ex gratia from the authorities.

Seeking refuge in the relief camp, Imran, who did not share his second name, said rioters attacked his residence in Shiv Vihar, another worst-hit area.

'They torched our house and our documents like voter-identification card, Aadhaar and PAN card, were also destroyed. The Delhi government has announced an ex gratia but without documents we are unsure about how to go about it,' he said.

Aayat (25), who was also at the relief camp in the Al-Hind Hospital, said she was attacked by rioters last Tuesday but managed to escape along with her three daughters. She said her rented accommodation in Shiv Vihar was gutted in fire and the documents also got destroyed.

Last week, chief minister Arvind Kejriwal announced a compensation of Rs 10 lakh to the families of those killed in the communal riots in the national capital.

The government has also announced an immediate relief of Rs 25,000 to those whose houses have been burnt down. It would provide free books and uniforms to students who lost them in the riot.