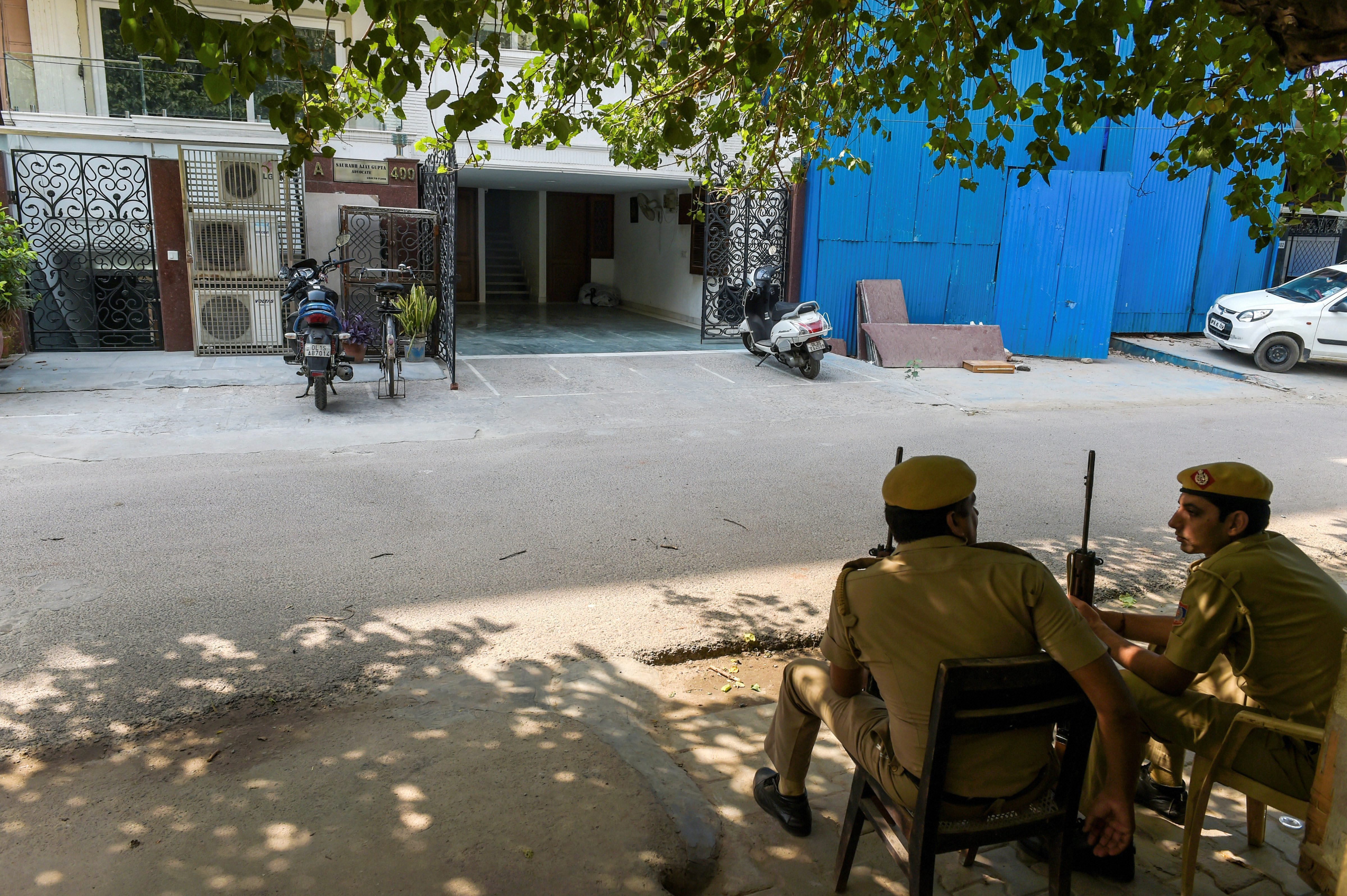 The raids sparked condemnation from AAP, Delhi’s ruling party. Chief minister Arvind Kejriwal demanded an apology from Prime Minister Narendra Modi to people for what he called 'constantly troubling' his government. The AAP said the raids were 'political vendetta'.

AAP leader Atishi Marlena accused the Modi government of trying to 'intimidate' Gahlot for successfully leading the party's legal battle against disqualification of its 20 MLAs in the Delhi High Court and for implementing a scheme for doorstep delivery of essential public services.

The Najafgarh MLA, who is an advocate by profession, holds charge of several departments in the Kejriwal government, among them the law and administrative reforms department that is handling the matter of disqualification of 20 AAP legislators for holding posts of parliamentary secretary, and the doorstep delivery of services scheme, respectively.

An I-T department official, who did not want to be named, said the raids were conducted at 16 locations in the national capital and adjoining Gurgaon by a team of over 60 sleuths and police personnel.

The official said an amount of about Rs 35 lakh in cash was seized from various premises and also claimed to have recovered 'incriminating documents' of multiple accommodation entries and benami assets.

An accommodation entry refers to documents that reflect fake loans transacted by bogus or shell firms in order to evade taxes.

A benami asset denotes properties which are purchased by people from their ill-gotten wealth through a dummy or in the name of a different person.

The searches, that were on till late evening, are being conducted as part of a tax evasion probe against two firms -- Brisk Infrastructure and Developers Pvt Ltd and Corporate International Financial Services Limited -- that are operated and owned by the family members of Gahlot, the official said.

The official said multiple undisclosed transactions and alleged under-reporting of profits had led the department to launch a probe against the promoters, the official said.

While the former company is engaged in the real estate sector, the latter is said to be a Non-Banking Financial Company (NBFC).

'Friendship with Nirav Modi and Mallya and raid on us? Modiji you conducted raids on me, Satyendar and Manish what happened to those (raids). Nothing was found. So before you go with another raid at least apologise to Delhi people for troubling their elected