The Boy Who Chased Cancer

With no money or education, Sovon Acharya took a challenging road from his village to become a senior research fellow 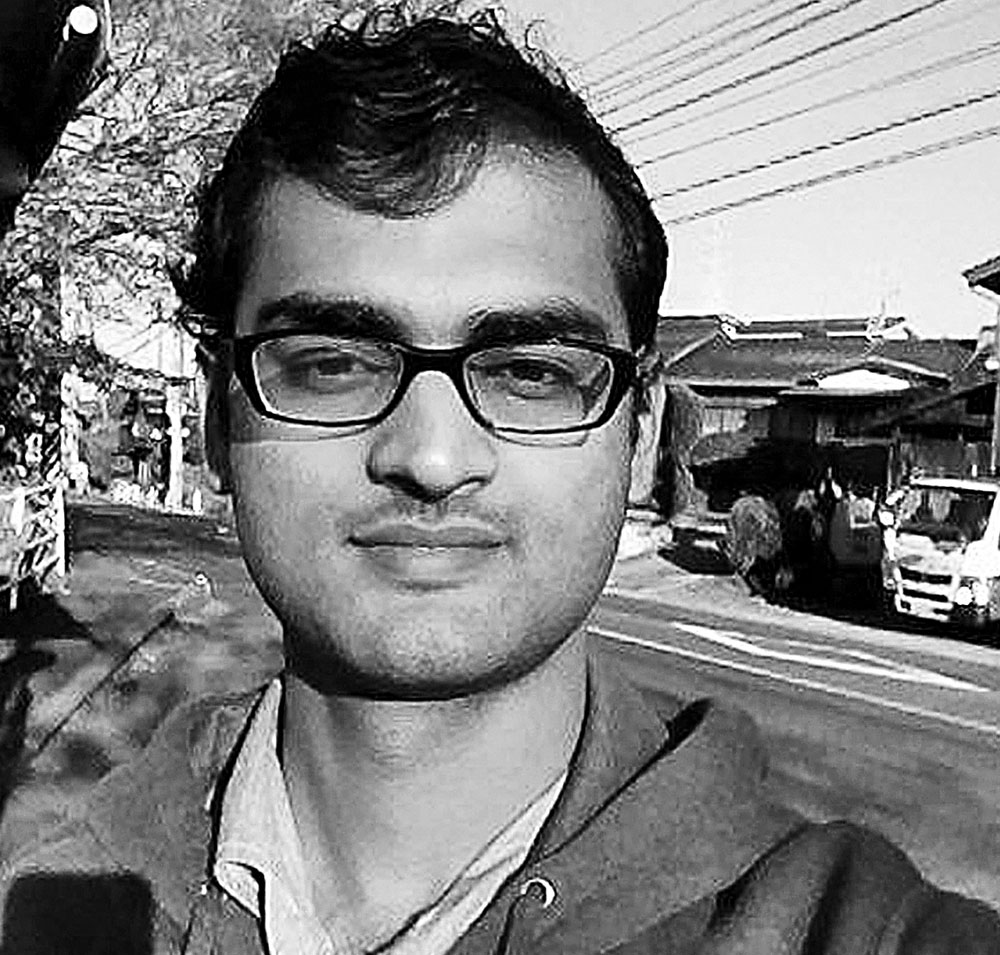 He was an usher at a private hospital — AMRI, Mukundapur — for Rs 4,500 a month. He says, “I had to help patients arrange their documents and guide them to the right department.” After work, he would read Physiology books purchased from College Street and work on his scant English. Around this time, AMRI’s Dhakuria unit caught fire and was shut down. Sensing trouble, Sovon shifted to the Tata Medical Center in New Town, where he got a job as a telephone operator and his salary doubled.

But more importantly, he could be closer to his dream. He says, “I knew the classifications of cancer, so I could decide which doctor’s appointment to book for patients who would call up. I also read up prescriptions to learn about the line of treatment.” Seeing his curiosity, a senior microbiologist allowed him access to the laboratory. “It was he and another doctor who encouraged me to go for higher studies,” says Sovon.

At this point he thought of doing a bachelor’s in Physiology. But, he points out, Calcutta University admits only those applicants who have completed their Class XII board exams within the last three years. This was 2012, and he had appeared for his boards in 2009.

In his desperate search for a degree, Sovon met department heads of colleges and even the director of the education department’s undergraduate section. Nothing seemed to work though; some even insulted him. And then one day, someone told him about Kanpur University, where no such bar exists.

One June afternoon in 2013, as he was waiting at a bus stop in New Town for his ride to Garia, where he shared a room with a senior colleague, a Howrah-bound bus stopped in front of him. Says Sovon, “I do not know what came over me. I took the bus, landed up at Howrah station, booked a seat on that evening’s Kalka Mail and set off. All I had were the clothes on my back and Rs 300 — and that after I had purchased the train ticket.”

At Kanpur University, the admission test for a bachelor’s degree in Medical Microbiology had just gotten over. The remaining seats, however, were being filled up on the basis of board aggregates. Says Sovon, “I was making the cut, so I picked up the form.”

A boy he met on campus — whose father had been posted for a brief while in Bengal — let him stay at their home. He also helped Sovon fill the form in Hindi.” It was then that Sovon called up home. He says, “My father was planning to build a pucca hut with his savings. But he pledged to sell off our small plot of land and give me that money instead.”

In this manner, Sovon collected Rs 54,000 for his admission. “I still remember my very first class. Dr Nigam was teaching anatomy and I knew all the answers. I soon became his favourite student,” he recalls.

In the evenings, Sovon worked at a pizzeria and later joined a hospital as a receptionist. He also tutored his landlord’s son. To fund his second year’s tuition, his mother had to mortgage her jewellery. The following year, the family had nothing to fall back on. His father was ill and had stopped working. His younger brother was still training as a fitter at a local Industrial Training Institute. Sovon realised he would have to quit studies. But a professor of Biotechnology at the university came forward to pay his fees. “She said if I could find a cure for cancer, it would serve the world better than if she used her money to buy ornaments.”

Sovon had by then secured a part-time job as a laboratory attendant at IIT Kanpur. “I often had no money for food. The doctoral students helped me.” He could also attend IIT lectures on Biotechnology. “These courses were not in my BSc course but were needed for cancer research. Everyone loved me, besides, who would bother if someone sat at the back of a class full of so many students? I was also allowed to use the laboratory for practicals.”

Towards the end of the third year, Sovon started appearing for master’s admission tests. He stood fourth in the entrance test for Animal Biotechnology at the National Dairy Research Institute in Haryana, but his heart was set on Medical Biotechnology — it was closer to his research dream. This time, however, the tuition fee would be in lakhs.

It turned out that the only place he could afford was the All India Institute for Medical Sciences, Delhi. The course there was funded by the department of Biotechnology and was free for students. There were just seven unreserved seats and Sovon topped the qualifier.

Thereafter began his search for a laboratory where he could work on his chosen field — metastasis or the migration of the cancer cell. Sovon says: “By the time most patients seek medical attention, cancer has spread and there is little to do but provide palliative care. A cancer cell is the size of the tip of a needle. Chemotherapy works in the initial stage but the cells become more vicious once they migrate to another organ. And there is no way of knowing if migration has started unless a secondary tumour appears years later. I wanted to understand the process of metastasis for therapeutic intervention.”

He found Dr Subhradip Karmakar who had just returned from the United States and was beginning a research project on blood cancer. After working for two years in his laboratory, Sovon completed his MSc in June of 2017. In September 2017, he got a fellowship from Japan’s ministry of education, science and technology, for research in Cancer Biology at the Yamaguchi University School of Medicine in Ube, where he worked till February 2018.

“In Japan, when I would get frustrated at not getting the desired results in the lab, I would walk over to the adjoining hospital. I did not understand their language but the look on the faces of cancer patients and their relatives provided me renewed motivation,” says Sovon, whose aim is to start a research lab in India and develop technology to make cancer detection tests cheaper.

Before that, he still has to retrieve his mother’s mortgaged ornaments and arrange for her operation. “Her medicines had to be stopped to save money for my studies. Now an operation to her uterus is the only way out,” he sighs.

Last April, Sovon joined the National Institute of Biomedical Genomics in Kalyani in West Bengal’s Nadia district as a senior research fellow. Point out how far he has progressed and he protests: “I have just started work.”

The kutcha road in front of a village mud hut seldom leads to cancer research laboratories in premier medical institutions. But 26-year-old Sovon Acharya’s journey is propelled by a determination that made him take a leap of faith that few would dare, and most certainly not a farmer’s son with little education and no money.

Cancer consumed Sovon’s waking thoughts since he was a boy, ever since his aunt died of blood cancer. “In less than three months, she was gone. It made me curious about a disease that could snuff out life so fast,” he recalls. He was in Class VII then. But other than a short chapter in his school textbook, there was little to learn about cancer at the Khalisa Bhanga High School in his village, six kilometres by a trekker from Midnapore town.

Sovan helped his father till the field and milk the three cows they owned. Once harvesting was over, his father joined a cashew factory as a daily wager. Nevertheless, making ends meet was not easy. And that is why Sovon found himself a job in Calcutta rather early on.

The cabaret sensation from the 1970s