The sixth edition of IIHM Young Chef Olympiad is here, knocking at the door!

‘Cheftestants’ from over 55 countries like France, Malaysia, England, United States and India to battle it out 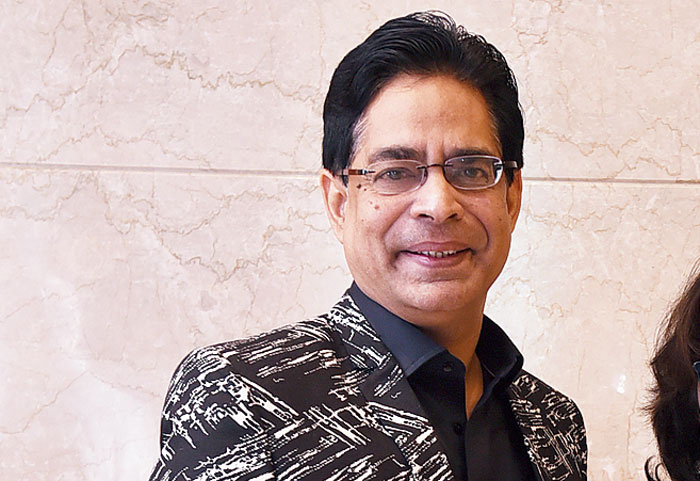 What: IIHM presents Young Chef Olympiad, in association with The Telegraph

When: January 28 to February 2

Expect: ‘Cheftestants’ from over 55 countries like France, Malaysia, England, United States and India to battle it out at the biggest cross-country culinary competition. Spread over six days, the contestants along with their mentors, will travel to four cities — New Delhi, Bangalore, Pune and Goa before landing in Calcutta for the last leg of the competition.

The grand event begins with an opening ceremony on January 28, post which there will be two rounds where the contestants will fight it out for a spot in the Super 10. Like last year’s edition, this year, too, the next 10 contestants will compete for the Plate Trophy. While the first two rounds will be held in New Delhi, Bangalore, Pune and Goa, the final round as well as the grand finale and Plate competitions will take place in Calcutta. The closing ceremony will be held on February 2.

The sixth edition of YCO, which has a theme of ‘sustainability’, will witness a special evening — United World of Young Chefs, where each participant along with their mentor, will cook their respective national dish or one dish that best represents their country.

Like last year, this year too will have a mix of national and international names on the judges’ panel. Think Sanjeev Kapoor, Manu Chandra, David Foskett, Brian Turner, Chris Galvin, Anton Edelmann and John Wood among others.

January 28: The sixth edition of Young Chef Olympiad commences with a grand opening ceremony at the Jawaharlal Nehru Stadium in New Delhi.

January 29: Two groups out of the six — A and B — will compete in the first round, to be held in Delhi.

January 30: Groups A and B compete in the second round in Delhi, while group C, D, E and F will have their first rounds in Goa, Bangalore and Pune.

January 31: Groups C, D, E and F will compete in the second round in Goa, Bangalore and Pune.

February 1: Names selected for the Grand Finale and Plate Trophy will be announced in the first half of the day, while the second half of the day will see the United World of Young Chef being held at Hyatt Regency Kolkata. The final round of Sustainability Presentations will also be held on this day.

February 2: Contestants with the top scores from Rounds 1 and 2 will make it to Super 10. The next 10 contestants will compete for the Plate Trophy. These will be followed by the grand finale and an awards ceremony in the evening at Nicco Park Wet-O-Wild.

Organiser speak: “YCO 2020 is the ultimate culinary challenge in the world with 55 nations competing to win the title of the best young chef. YCO has 21 best out of the best chef judges from around the world. This year there’s a theme of ‘sustainability’ which is an important issue today. I wish them all the best. Let’s make the world a better place to live in,” said Suborno Bose (inset), chief mentor and CEO of IIHM.

One of Britain’s well-known chefs, Brian Turner who trained at the likes of The Savoy in London, received his first Michelin Star in 1971 when he opened the kitchens of The Capital Hotel with Richard Shepherd. He is the President of the Royal Academy of Culinary Arts as well as a successful TV personality, with his own shows on BBC. Turner was awarded a CBE for his contribution to the catering industry.
Sourced by The Telegraph

A well-known chef and writer, who has authored books like Taking Tea at The Savoy, and Perfect Pastries, Puddings, and Desserts, Anton Edelmann was the maitre chef de cuisines at The Savoy Hotel in London between 1982 and 2003. He has also won chef of the year award from Caterer and Hotelkeeper magazine.
Sourced by The Telegraph

The former executive chef of Dorchester Hotel London, Henri Brosi has worked in Michelin Star restaurants like Auberge de l’Ill and Le Jamin. He has been awarded Cateys Chef of the Year award, Craft Guild of Chefs banqueting Chef of the Year award among several others.
Sourced by The Telegraph

The executive chef of the Boodle’s Club in London, which was founded way back in 1762, Stephen Carter, too, has worked at The Savoy Hotel. He is a member of the Royal Academy of Culinary Arts, Crafts Guild of Chefs and is the vice president of The Disciples of Escoffier.
Sourced by The Telegraph

Sanjeev Kapoor: One of most famous faces on Indian television and in the culinary circuit, Sanjeev Kapoor is the only Indian chef to have a TV channel of his own named Food Food. The Padma Shri awardee is the go-to chef when it comes to cooking for dignitaries.

John Wood: Michelin-starred chef John Wood is the founder of KitchenCUT and has an experience of over 35 years of working in the UK, Europe, South Africa, Dubai and Asia at prominent properties like The Burj Al Arab, The Savoy and the Cliveden House.

Andreas Muller: Andreas Muller served as the president of the Hong Kong Chefs Association and is the acting program director of the International Culinary Institute (ICI) of Vocational Training Council (VTC), Hong Kong. Muller also serves as the training manager at the IHK Koblenz and HwK Koblenz.

David Foskett: David Foskett is the former dean and head of the school of hospitality and tourism at the University of West London, where he worked for 37 years. Referred to as the Dumbledore of Culinary Arts, he is a member of the Royal Academy of Culinary Arts, Crafts Guild of Chefs and is a fellow of the Institute of Hospitality. He has many awards under his kitty and is an MBE as well.

Andy Varma: Andy Varma has been an ambassador of Indian cuisine in the UK for over 30 years. He is the co-founder of a UK-based restaurant Vama and has his own ventures — Purple Jasmine and Maia.

Stefan Hogan: The executive chef of the Corinthia Palace Hotel & Spa in Malta, Stefan Hogan has worked extensively in major cities of Europe and Africa. He has also been part of several competitions and won medals.

Chris Galvin: The chef/patron of Galvin Restaurants has an experience of over 40 years in the F&B industry. Having worked in places like The Ritz Hotel, L’escargot and Conran Restaurants, Chris Galvin earned his first Michelin Star in 2002 and currently owns 10 restaurants with his brother Jeff Galvin.

Enzo Oliveri: This Sicilian chef who has the experience of working in countries like Germany and the UK has cooked for celebrities like the late princess Diana, John Travolta, Tom Cruise and Madonna. Enzo Oliveri owns six restaurants in London and Sicily, and is the official chef of the Italian National Cycling Team.

Stuart Littlejohn: Stuart Littlejohn is the executive chef of The Oxford and the Cambridge Club in London and is a part of the YCO judges’ panel for the second time in a row.

Watch out for: Varun Tej Reddy, the contestant representing India, is a third-year student of IIHM Hyderabad. Varun loves cooking French dishes and looks up to Paul Bocuse as his inspiration. “I have practised for the past two to three months and am quite confident. What I am nervous about is the limited time that we will be getting to cook our dishes,” said the 20-year old.
Sourced by The Telegraph
Chef Indian Institute Of Hotel Management (IIHM) Sanjeev Kapoor
Share
Advertisement