Japanese chef has Indians eating out of his bowl 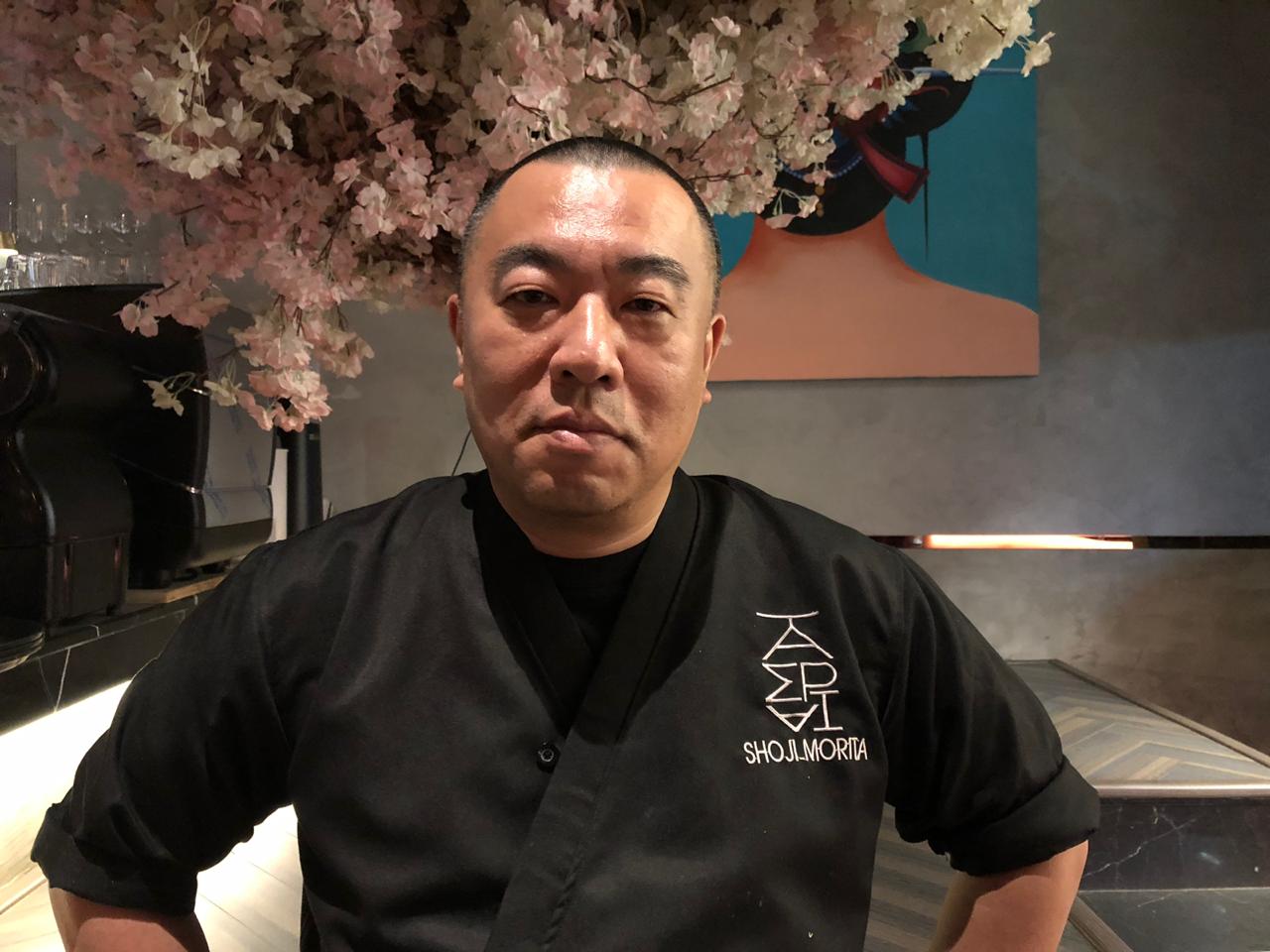 Morita came to India in 2017 to run the kitchen at a block of service apartments for Japanese expats in Ahmedabad. He worked there for six months but then had to look out. 'They did not pay me,' he says. Still shocked that something like this could happen.

After a couple of more false starts, Morita found himself at Kampai, which means 'Cheers' in English and is a sophisticated take on a traditional Japanese Izakaya style of informal eating and drinking.

'Not everyone speaks English so communication becomes difficult,' says the chef in his halting English. 'And living here is also not easy. I can't take the bus. I have to take an Uber. I never used Uber before I came to India,' he complains.

Morita, who is an alumnus of the Tokya Culinary School, Japan has worked in Japan, Canada, South Africa, Greece, Hungary, Russia, Norway, Monaco and Bangladesh before coming to India.

That's not a problem at Kampai, which has a full bar and serves Japanese whisky, sake and various signature cocktails using Japanese ingredients. Wasabi martini, Tokyo Spritzer and Kyoto Dreams are hot favourites.

Pork is very popular with the Japanese, more than beef. 'At Kampai our number one selling dish among the Japanese clientele is pork katsudon -- a bowl of rice topped with deep-fried pork cutlet, egg, vegetables and condiments,' says Morita. The tantan men ramen (tahini and shrimp broth with minced chicken, pokchoy, leeks and spring onion) comes a close second.

And what about beef? Has he had to adapt any traditional beef dish to make it acceptable in India? 'No, we haven't kept anything of that sort on the menu.'

Like most chefs, Morita is finicky about his ingredients. While most ingredients are sourced locally and the ramen is made in-house, some are brought from overseas, such as the lamb chops from New Zealand, pork belly from Belgium, salmon from Norway and yellowtail from Japan.

Morita is pleased that his food is appreciated by both Japanese and Indian diners. 'I haven't Indianised my food. I have added a bit of spice but the Japanese guests still say it tastes like home.'

Recipe: A tofu dish for those who love Japanese food