Cool Insta musicians for you 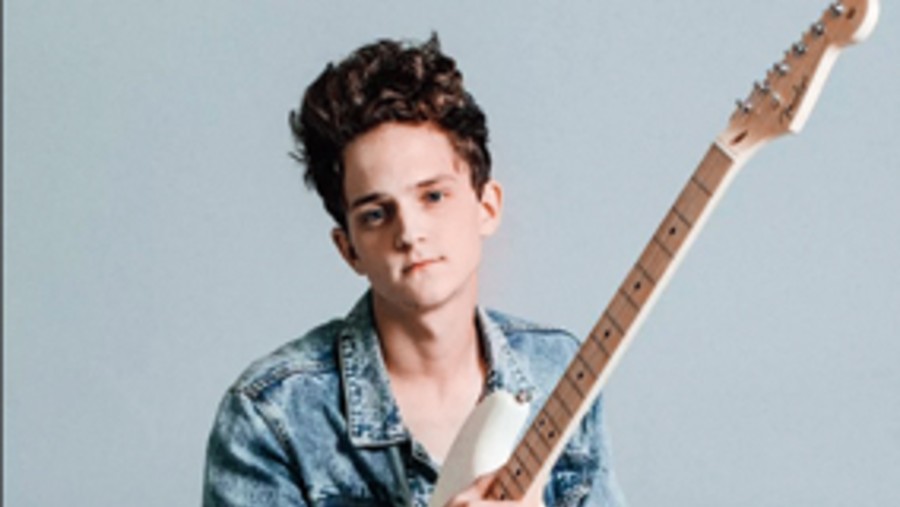 Fun guitar riffs, interesting skits and what a jaw line! Jude Smith rose to fame on Instagram after showcasing his talent as a one-man band. From there, his content remained hilarious, trendy and interactive as well. Although most of his videos show him playing a guitar solo, or is a collaboration, he also clears up myths around guitar playing, such as the concept of bass solos and how they’re indeed not “dumb”. Other than that he has also asked viewers to remix Reels of his guitar-playing videos and the results will keep you glued to the phone. A video we love? The one captioned ‘Workin’ day and nigt w/ @horacebray at NAMM’.

Look him up at: www.instagram.com/jude_smith 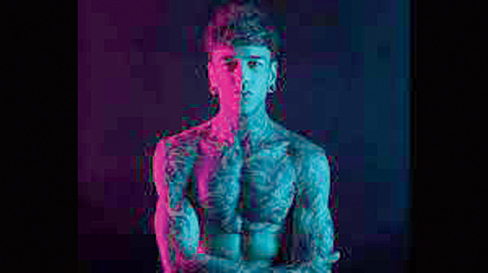 If you like to expect the least expected then Oscar Wylde’s profile is a must-visit. The artiste gets behind an Ableton (music producing software) deck and makes Ariana Grande and Nickelback perform in the same song! As he’s using a producing software one can make out that a lot of the audio is self-produced and played live with drops where you least expect and build-ups that bring the mix to an end. If not the music, his smile is sure to keep you glued to his work. The artiste is also a part of the duo Caked Up (with Vegas Banger).

Look him up at: www.instagram.com/oscarwylde 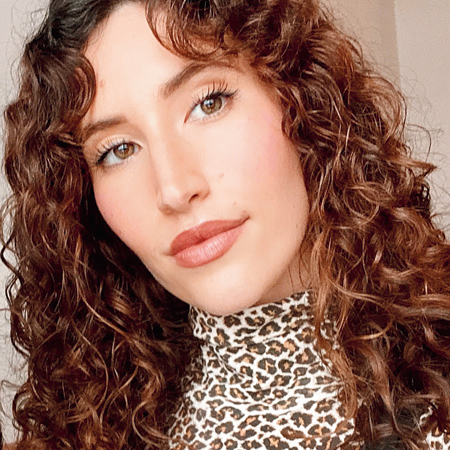 Hello? Echo! Some of us find echo fun.  Lauren Paley uses it to amplify her voice. Her stop? A stairwell. A lot ot of her Reels feature singing in the stairwell which lends a natural echo effect to her voice. Other than hitting high notes, she presents herself with challenges like Hedwig’s theme and Lily’s theme from Harry Potter and lines from Disney movies. She also packs in a bit of humour, singing as a Disney princess.

Look her up at: www.instagram.com/lauren_paley 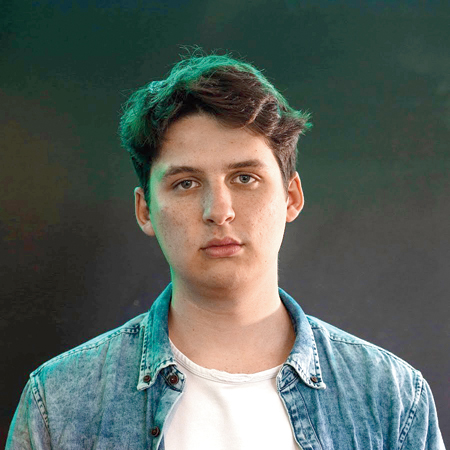 The artiste has flawlessly mastered the way Chainsmokers, Avicii, Marshmello and others produce some of their tracks and has been able to use the same method into remaking pop numbers. Hips Don’t Lie, Save Your Tears, Disturbia and much more have been reimagined by him. Demero also takes you through different styles of music and how it has evolved. What we love about his performance is how he dresses up according to artistes and eras that’s being represented.

Look him up at: www.instagram.com/mikedemeromusic 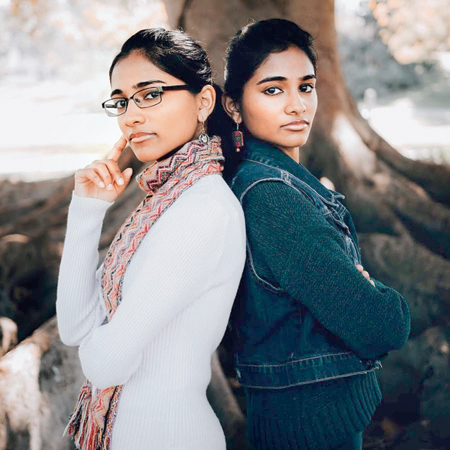 When it comes to harmonising, Kiran + Nivi have each other’s back. While they harmonise elegantly in some of their videos, we love their effort when it comes to the treatment of commercial music with a dash of taal. While Kiran is busy hitting high and low notes, Nivi adds a beautiful backing with Hindustani classical. The twins impress viewers by throwing notes at each other and then make a drawn-out echo effect.

Look them up at: www.instagram.com/kiranandnivi 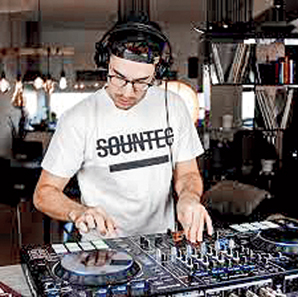 Sampling? Check! Pad mode? Check! Sick drops? Double check! DJ Sountec can whip up mash-ups you didn’t even know you wanted. Think of the intros of Tokyo Drift, Love Me Do, Work Hard, Play Hard... he’s got them covered. He adds his influence of psy-trance, trap, tech house, drum and bass, to name a few. Moreover, the producer has also managed to satisfy his Indian fans by making a trap remix of Mundian, using his console, synth and a MIDI drum pad..

Look him up at: www.instagram.com/djsountec 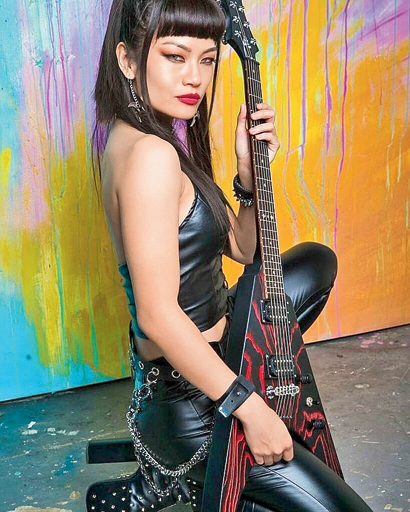 Ever heard a pop song and wondered how it would sound in alt-rock mode? That’s where Kiki Wong steps in. With her killer attitude and outfit, she rocks the guitar over songs sung by Katy Perry, Lady Gaga and let’s not forget Capone (Oh No). Being the guitarist she is, she owns the song she plays over as she uses the songs as backing tracks and gives us a taste of what Orianthi Penny Panagaris (lead guitarist for This Is It concert) would have sounded like had she toured with the said artistes.

Look her up at: www.instagram.com/kikiwongo 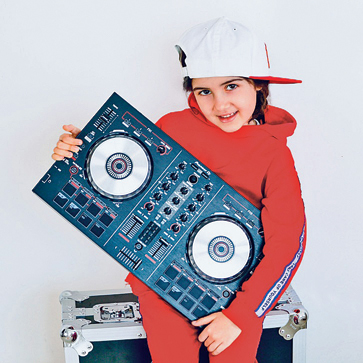 People in the audience go crazy when they listen to a song they know by heart. But this cute little DJ will keep you locked in with her mixes and her scratching game. The nine-year-old enjoyes scratching the lyrics of a song backed up by a track. We love how she controls the harmonies, words and keys. Her father, DJ Shock, at times, collaborate with her during the ‘How DJs talk’ session. They use the same samples and vocals backed up by the same track and try their best at scratching, making for a clean mix.

Look her up at: www.instagram.com/iamdjmichelle 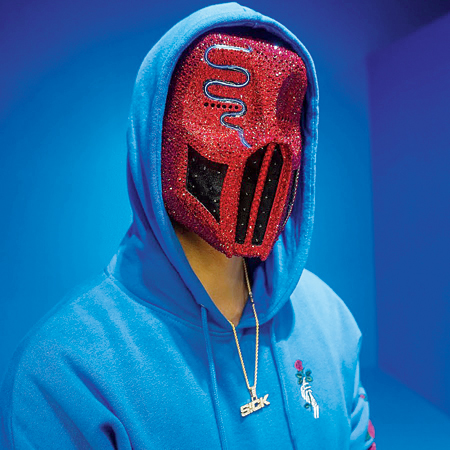 Rewind to 2015 to Lilly Singh’s video for Clean Up Anthem and you’ll find the opening message saying: “On December 5th 2014, Lilly freestyled in her first vlog... a fan by the name of Sickick made this song.” The song was turned into a party number about cleaning rooms, featuring the artiste and, of course, Lilly Singh. Although he makes brilliant mash-ups on his YouTube channel, it’s his short remixes that people have started sharing on Instagram. Being a successful producer, he makes his mixes out of samples in his Reels. In some of the Reels he manages to play around with only four samples to make a banger of a mix. Other than music, we also love how his mask adds a mysterious vibe to him.

Look him up at: www.instagram.com/sickickmusic