Bodies and world on fire 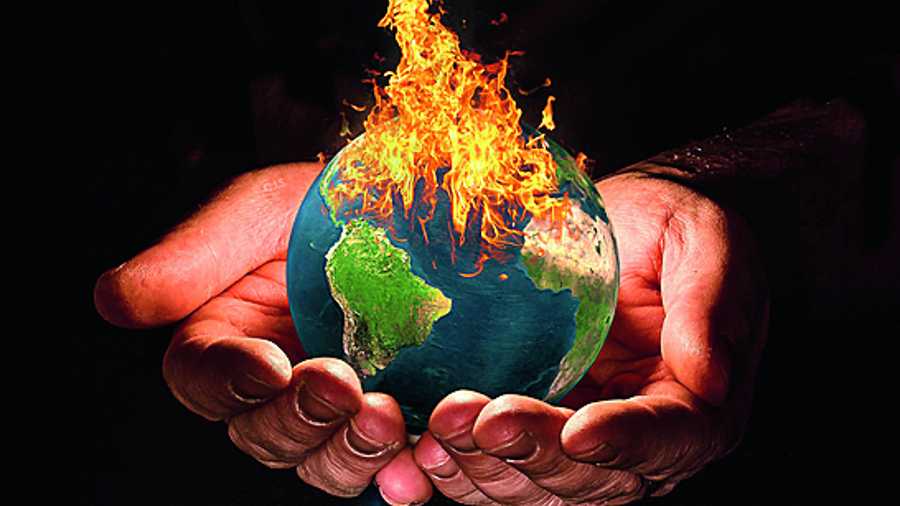 Book name: Inflamed: Deep Medicine and the Anatomy of Injustice

What happens to medicine when causes of ill health lie outside us — in our food systems, in worsening social and economic inequalities, in industrial pollution exacerbated by historical and ongoing colonization? Why do doctors find themselves at a loss when the fault lies in the structures of the world and not in our individual bodies? Rupa Marya, physician and co-founder of the Do No Harm Coalition, collaborates with the political economist and New York Times author, Raj Patel, to probe such questions in their richly researched book, Inflamed. Unearthing connections among the health of our bodies, society, and the planet, Inflamed draws our attention to the historical, environmental, social, and political structures that govern health. It offers a bold and powerful narrative for why our world, including our bodies, seems to be incessantly on fire, and why modern medicine, despite its claims of progress, has very often failed to provide an antidote.

Each chapter is a tour in the biology of the human body and the myriad, yet surprising, ways in which our physiology is linked “to the web of life through histories and relationships of power”. Marya and Patel skilfully use the concept of inflammation both as an analogy and a physiological process; inflammation in our bodies is literally and metaphorically linked to the burning of our planet. Using case stories of Marya’s work with her patients, scientific literature, postcolonial and decolonial theory, and the authors’ experience with a diverse set of social movements, Inflamed convincingly argues that each one of our bodily systems is “inflamed” and the fundamental causes are seldom registered by modern medicine due to its own historical alignment with relationships of power.

To begin to see the world differently, Inflamed asks us to “understand the dimensions of pathological thought that brought us here”. The book traces how medicine has become “reductionist” and has come to embody the idea that we can understand disease in singular terms — “one gene encoding one faulty protein or one drug targeting one receptor...” Through stories of biologists, physicians, chemists who have defined core concepts of modern medicine, Inflamed shows how dichotomies between the Self and the Other, politics and science, diagnosis and healing have persisted within modern medicine. Elie Metchnikoff, the Russian zoologist and the father of modern immunology, for example, makes an appearance in the book as a curious, inquisitive man who conceptualized the relationship between cells and “foreign entities” through metaphors of war and tolerance, but “wasn’t terribly interested in the healing part of inflammation”.

The real strength of the book lies in the connections it makes among the most recent scientific literature, emerging scholarship on social determinants of health, and ongoing decolonial social projects. While many of the case studies are set in North America, the conclusions from Inflamed will find resonance with readers everywhere. For those interested in a case study closer to home, the chapter on “Respiratory System” offers an incisive analysis of the air pollution crisis that engulfs northern India every winter. Focusing on disparate but connected scales — of the globe, the nation, and our individual selves — Inflamed stretches the origins of the air pollution crisis to the transformations in cropping patterns and irrigation infrastructure during the green revolution era, and even further back to agricultural settlement policies and the colonization of commons during the British colonial rule. The book also uncovers relationships among seemingly unrelated issues — for example among national energy production, agriculture policies, and our health. A key player in India’s largest coal mines in Jharia in Jharkhand is Panem, a public-private joint venture between a mining company and the Punjab State Electricity Board. Electricity generated from mining projects embroiled in the exploitation of adivasi land, forest, and labour fuels irrigation projects in Punjab, fall-outs from which are visible today in disproportionate health consequences of pollution across northern India.

Reading Inflamed is also a thrilling journey in relearning one’s own biology. In Marya’s and Patel’s storytelling, our gut, often represented in biology textbooks as a hollow, empty space, is brimming with microbial life, much of which exists in a symbiotic relation with our body and the society. Inflamed draws on the most recent scientific literature and proposes that we are not a solitary “self” fighting a “foreign” virus. In fact, much like coral reefs and forests, our bodies too are “holobionts”; an environmental assemblage that has been shaped over generations of exposure to particular places and histories. “This is the poetry...,” the authors write, “what makes you unique is the multitude of beings that make your body their home. And what keeps you healthy literally depends on the relationships you maintain between yourself and others.”

Inflamed is a commanding manifesto for the pandemic age. Marya and Patel have fashioned a poetic and precise analysis of contemporary healthcare that is simultaneously a call-to-arms to upturn systems that no longer work and a lesson in attuning us to a different cosmology of the body. The book, however, does not offer easy solutions and desists from lending support to projects that are too focused on personal or individual responsibility. At the end, I was left enraged at the world we have inherited, with no easy resolutions in sight. Perhaps, this is precisely where Marya and Patel want to get us: when the world is on fire, how else do we begin the work of healing, except by raging collectively?