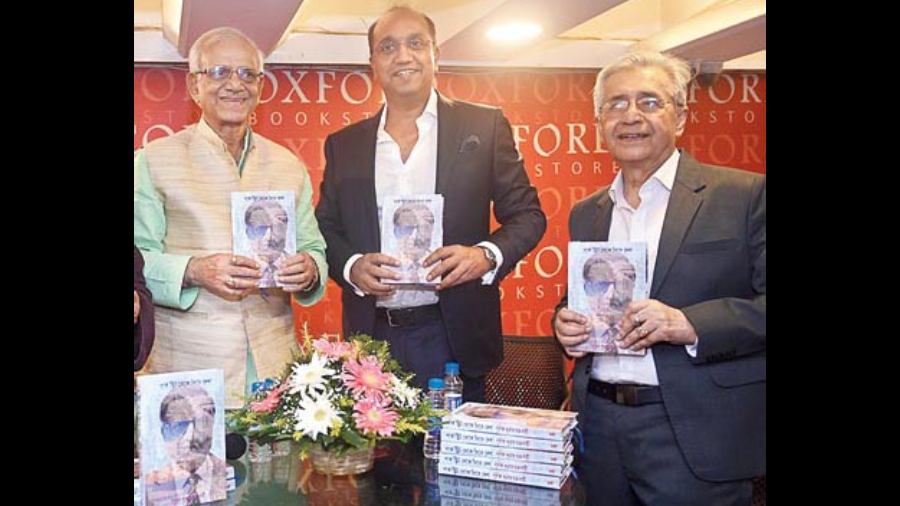 If there is one single most romanticised street in Calcutta, it is Park Street. Now it has its own memoir: Park Street Theke Phire Dekha (Looking Back From Park Street) by Pulak Kumar Chakraborti. Currently available only in Bengali, an English version will also be published soon. The book was launched on September 16 at Oxford Bookstore on Park Street in the presence of Sovandeb Chattopadhyay, minister of agriculture, Government of West Bengal; Karan Paul, group chairman, Apeejay Surrendra Group; and Pulak Kumar Chakraborti, the author.

Talking about the significance of the book, Paul said: “Pulak Kumar Chakraborti had the rare opportunity to work alongside my uncle Jit Paul and my father Surrendra Paul for many decades. And, as he mentions in the book, our uncle and our father’s vision have, in many ways, changed the landscape of Park Street. We as a family are honoured to have been able to contribute significantly to making Park Street the city’s go-to destination. This book is a must-read for everyone interested in learning how Park Street came to be known as Kolkata’s high street.”