US natural gas price spikes as demand from Europe grows

Rates in United States have hit 13-year high, partly due to Europe's demand for alternative energy sources in the wake of Russia's invasion of Ukraine 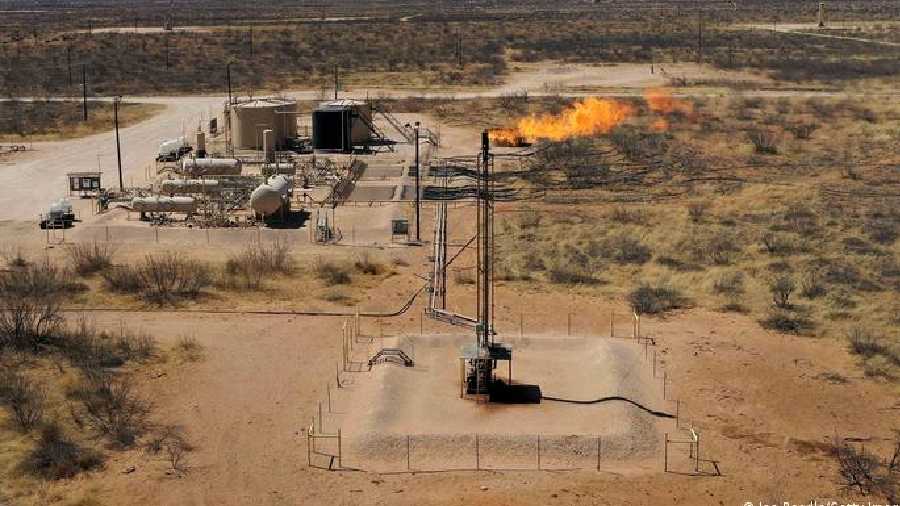 Americans have until recently been spared the dramatic hike in natural gas prices seen in other regions of the world. While energy bills have risen sharply on both sides of the Atlantic, skyrocketing natural gas prices have hit European consumers particularly hard, threatening millions of people with fuel poverty.

Earlier this month, however, natural gas prices in the United States hit a 13-year high of $8.78 (€8.32) per million British thermal units (MMBTU). Since the beginning of March, prices have risen nearly 90% and the US Energy Information Administration (EIA) — the agency responsible for analyzing domestic energy use — said last week it expected prices to remain elevated for the rest of the year.

Although the US spike is still nothing compared with Europe, where natural gas prices recently hit $37 per MMBTU, the rise is an additional burden for the Biden administration which is struggling to tackle stubbornly high inflation. US President Joe Biden last week admitted that rising prices were "a real tough problem to solve" and warned that inflation could get worse before it gets better.

Consumers not feeling it — yet

Unlike the recent hikes in gasoline and diesel prices, which have been met with public anger, analysts have warned that it may take time for higher natural gas prices to be fully visible to consumers. But they are already impacting manufacturing and transportation costs across many US economic sectors.

"Natural gas influences the price of electricity, the price of plastics and various chemical products," Pavel Molchanov, director and equity research analyst, Energy Group at the US financial services giant Raymond James & Associates, told DW. "Consumers only see the effects of natural gas as a derivative in other types of products or services that they are buying."

A number of factors have been blamed for the price spike, including wider post-pandemic shocks to the global energy sector, exacerbated by Russia's invasion of Ukraine. As European countries have scrambled to secure alternative supplies and wean themselves off Russian fossil fuels, demand for US gas has skyrocketed.

This includes liquefied natural gas (LNG), of which the US is now the biggest exporter. US LNG producers are struggling to increase capacity to meet Europe's energy needs, which is also fueling expectations of a higher demand for US natural gas.

The EIA said US gas storage was left at its lowest level in three years at the end of winter due to the particularly high demand for heating. Now, in a complete reversal, unusually warm weather in many parts of the US is also contributing to higher prices through the increased use of cooling systems in commercial and residential buildings.

While natural gas demand has mostly recovered from the impact of COVID-19, the supply of the key fossil fuel has not. Supply growth is reportedly stalling in two mainstays of US natural gas production — the Appalachian region of 13 states from southern New York to northern Mississippi, and West Texas, where companies have blamed a lack of adequate pipeline infrastructure.

Reuters news agency said this week that in Appalachia, which supplied more than a third of US gas last year, energy firms were having trouble building new pipes. Production growth in the Permian Shale — which supplied about 19% of US gas in 2021 — could slow significantly next year unless new pipelines were built soon, Reuters reported.

High costs and lawsuits have slowed the construction of new pipes, along with pressure on energy producers from US states and investors to be more environmentally friendly and cut carbon emissions.

Molchanov insisted the lack of supply was less about regulatory hurdles and more about an aggressive drive for profits after COVID left US energy producers nursing tens of billions of dollars in losses.

"The reason companies are drilling less is because ... their shareholders demanded more dividends, more share buybacks instead of more investment in new drilling," Molchanov added.

"The amount of decline during the pandemic was so severe and so unprecedented that even with the recovery, the industry is spending less today than it did in 2019," he said.

Molchanov noted how COVID had forced the US oil industry to become "much more disciplined" and "sensitive" with its allocation of capital, forcing three consecutive years of contraction.

Investment stepped up, but not enough

As the economic impact of COVID wanes, US energy firms are investing again with capital spending up by 20% to 30% this year, but still not enough to meet demand.

"There is definitely a need for more capital spending, but the recovery is happening quite slowly because of the pressure from investors," which Molchanov said "remains very powerful."

Despite the demand side drivers, Molchanov believes US natural gas prices may have already peaked.

"Prices have already begun to trickle down and in the next 12 months, we should see prices come down to more normalized levels of $4 to $5," he said.