Advertisement
Home / Business / Tolerance of high inflation during pandemic was a necessity; we stand by our decision: RBI Governor

Tolerance of high inflation during pandemic was a necessity; we stand by our decision: RBI Governor 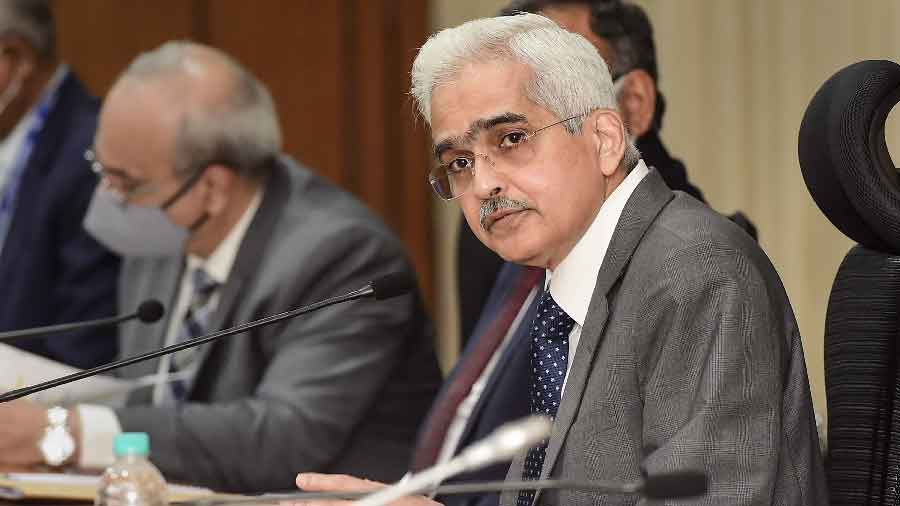 Governor Shaktikanta Das on Friday refuted criticism of the RBI being behind the curve in its policies, making it clear that the consequences of focusing on the 4 per cent inflation target would have been "disastrous" for the pandemic-hit economy.

In comments that came two days after former Chief Economic Advisor Arvind Subramanian co-authored an article blaming the RBI for acting late on inflation and being behind the curve, Das said the central bank acted as per the evolving economic developments and also gave out a timeline of its actions to explain the shift.

" tolerance of a higher inflation during the pandemic was a necessity, and we still stand by our decision," Das said speaking at an event organised by Financial Express here.

He said the RBI switched into ultra-accommodation as soon as the country went into the lockdown and shifted focus to inflation two years later in April 2022, when it saw that the GDP had gone beyond the pre-pandemic level.

Despite its accommodative policies, the economy contracted by 6.6 per cent in FY21 and recovered to barely above the pre-pandemic levels in FY22, he said, stressing that a shift in policy management to focus on inflation even 3-4 months before April 2022 was not apt.

"I feel that we are very much in line with the requirements of our time, the RBI has acted proactively and I would not agree with any perception or any sort of description that the RBI has fallen behind the curve," Das said.

Subramanian's article blamed the RBI for being behind the curve, pointing out that the 4 per cent inflation target has not been met since October 2019 and in 18 of the 32 months since then, the headline consumer price inflation has breached even the RBI's ceiling of 6 per cent. It also raised question marks over inflation forecasting.

Disclosing that he has not read the article and making it clear that he does not want to join any debate, Das said the RBI's mandate is that of flexible inflation targeting where it is required to take care of both price rise and growth, especially so in extraordinary situations like a pandemic.

"If we had been very firm in maintaining 4 per cent (inflation) and kept the rates unduly high, I'm sorry, the consequences of that approach would have been disastrous for the economy.

"If we had attempted to keep monetary policy tighter at that time, the economic damage that you would have caused to our economy and to our financial markets would have been enormous and it would have taken years for India to come back," he noted.

According to the governor, the RBI was not optimistic with its FY23 inflation estimate of 4.5 per cent made public ahead of the Russian invasion of Ukraine, which sent the oil prices rocketing.

Das said in the estimate, the RBI had baked-in oil prices to be at USD 80 per barrel, and had decided to wait till the end of the fiscal to see the developments and take actions accordingly.

In March, the RBI saw that the economic activity has surpassed the pre-pandemic levels of FY20 and also felt a clear pressure on price rise, which resulted in a shift in policy to help contain the persistent inflation, Das said, pointing out that measures initiated in the April review like the introduction of the standing deposit facility at a rate higher than the reverse repo were akin to a rate hike.

It could not be very strong in its rate hikes and hence, waited till May to increase the repo by 0.40 per cent in the off-cycle meet and then the 0.50 per cent increase delivered last week, he noted.

Seeking to stress that the RBI was watchful of the inflation situation, the governor said the central bank, which had initially decided to look through the higher CPI prints in the pandemic, dropped the word "transitory" from its commentary in August 2021 when it saw the inflation is persistent.

The RBI also focused on liquidity withdrawal after that, Das said, admitting that events like the repeated waves of COVID infections and also the war beyond its control have led to the exit from easy money policies getting longer than expected.

He, however, assured of a smooth exit from the 'chakravyuh' (labyrinth) of easy liquidity and added that it will be a "soft landing".

The governor also said that the RBI has been able to pull out excess liquidity of over Rs 6 lakh crore from a slew of measures that it has carried out.

Asked about what is the neutral rate as per his understanding at present, Das said it is very difficult for him to pinpoint a number, but added that the negative interest rate situation in India is much better than the same in advanced economies.

Das said heading into the pandemic and lockdowns, the RBI's focus was to support growth and ensure that the financial markets are functional and claimed success in both.