Singapore Airlines to hold 25.1 per cent stake in merged entity 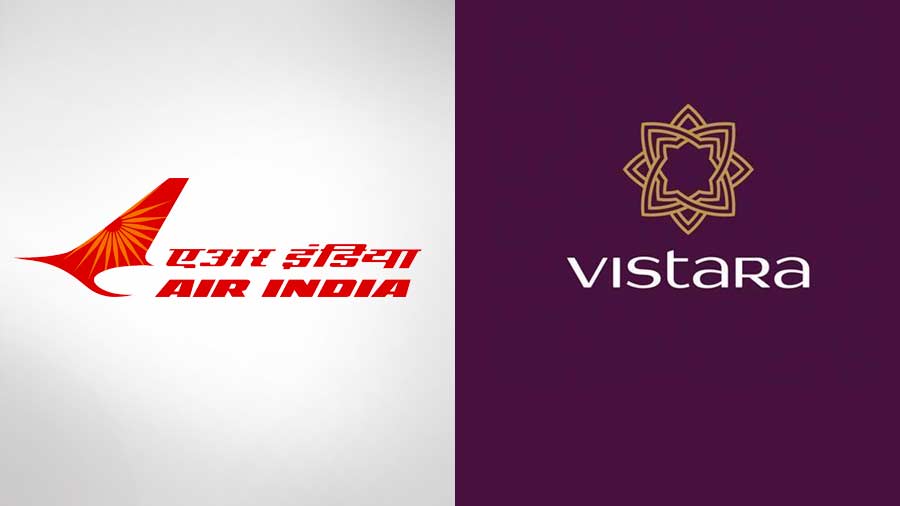 In a major consolidation in the Indian aviation space, Tata group on Tuesday announced the merger of Vistara with Air India, and pursuant to the deal, Singapore Airlines will have a 25.1 per cent stake in Air India.

The proposed deal is expected to be complete by March 2024, subject to regulatory approvals.

Tata group owns a 51 per cent stake in Vistara and the rest is with Singapore Airlines (SIA).

In a release, SIA said Vistara and Air India would be merged, and it would also be investing Rs 2,058.5 crore in Air India as part of the transaction.

"This would give SIA a 25.1 per cent stake in an enlarged Air India group with a significant presence in all key market segments.

SIA said it intends to fully fund this investment with its internal cash resources, which stood at 17.5 billion Singapore dollars as of September 30.

SIA and Tata Sons have also agreed to participate in additional capital injections, if required, to fund the growth and operations of the enlarged Air India in FY2022-23 and FY2023-24.

"Based on SIA's 25.1 per cent stake post-completion, its share of any additional capital injection could be up to Rs 50,200 million (S$ 880 million, US$ 615 million), payable only after the completion of the merger," SIA said in the release.

The actual amount will depend on factors, including the progress of the enlarged Air India's business plan, and its access to other funding options. SIA intends to fully fund any additional capital injections with its internal cash resources, it added.

Tata Sons Chairman N Chandrasekaran said the merger of Vistara and Air India is an important milestone in the journey to make Air India a truly world-class airline.

"As part of the transformation, Air India is focusing on growing both its network and fleet, revamping its customer proposition, enhancing safety, reliability and on-time performance. We are excited with the opportunity of creating a strong Air India which would offer both full-service and low-cost service across domestic and international routes," he said.

Vistara started flying in January 2015. AirAsia India was launched in 2014, while Air India Express began operations back in 2005.

During the same period, the domestic market share of Air India and AirAsia India stood at 9.2 per cent and 7.6 per cent, respectively.

In terms of On-Time Performance (OTP), Air India was on top at 90.8 per cent, followed by Vistara and AirAsia India, both at 89.1 per cent.

On October 13, SIA said it was in "confidential discussions" with Tata group to explore the possible merger of Vistara and Air India.

"The discussions seek to deepen the existing partnership between SIA and Tata, and may include a potential integration of Vistara and Air India," it had said in a filing to the Singapore Stock Exchange.

SIA Chief Executive Officer Goh Choon Phong said that with this merger, SIA has an opportunity to deepen its relationship with Tata and participate directly in an exciting new growth phase in India's aviation market.

"We will work together to support Air India's transformation, unlock its significant potential, and restore it to its position as a leading airline on the global stage," he added.