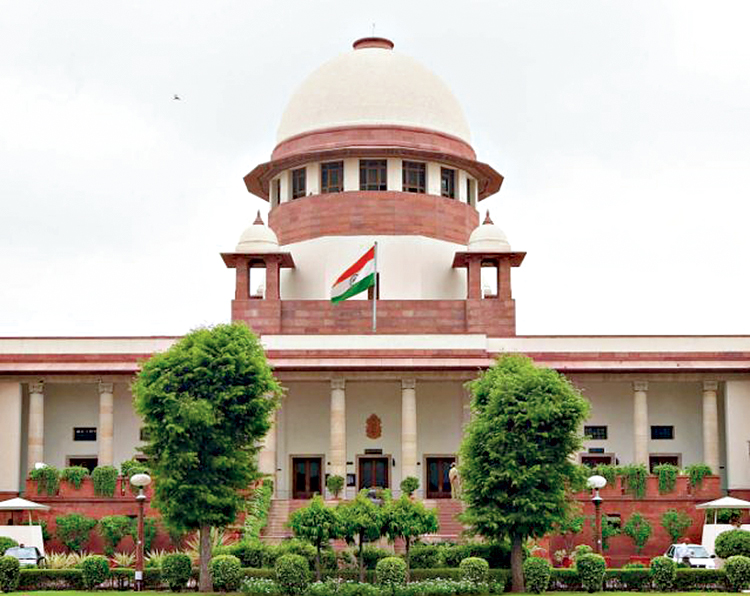 The Supreme Court on Friday stayed the order of appellate tribunal NCLAT which had dismissed the plea filed by the Registrar of Companies (RoC) seeking impleadment and modification of its last month’s verdict in the Tata-Mistry case. In its January 6 order, the National Company Law Appellate Tribunal (NCLAT) had rejected RoC’s plea saying that no aspersions were cast on the registrar in terming as illegal the decision to allow the conversion of Tata Sons Pvt Ltd (TSPL) into a private company.

Aggrieved by the order, TSPL filed a fresh appeal in the apex court claiming that the NCLAT, while dismissing RoC’s plea, had assigned “fresh and additional reasons” to support the conclusion reached by it in its last month’s verdict.

The NCLAT verdict of December 18, 2019, which had restored Cyrus Mistry as the executive chairman of the Tata group, has already been stayed on January 10 by the apex court.

TSPL’s fresh appeal came up for hearing on Friday before a bench comprising Chief Justice S.A. Bobde and Justices B.R. Gavai and Surya Kant. “We will pass the same order,” the bench told senior advocate Abhishek Manu Singhvi, who was appearing for Tata Sons Pvt Ltd, and stayed the NCLAT’s order.

The bench also issued notices to Cyrus Mistry, Cyrus Investments Pvt Ltd and others on the plea and said it would be heard along with the main matter.

In its appeal against the January 6 order, TSPL has said, “Notwithstanding such dismissal, inexplicably and for no justified reason, the impugned order assigns fresh and additional reasons to support the conclusion reached by it in the NCLAT judgement.”

It said that in the plea filed in the NCLAT, the RoC had taken a stand that even though it was not a party to the main matter, the tribunal had made certain adverse observations against it, more particularly in the manner in which the RoC had allowed conversion of Tata Sons as a “private company”. It said the order contains additional reasons to support the conclusion reached by the tribunal in its December last year judgement.

“This is clearly impermissible given that the jurisdiction under section 420 of the 2013 Act (Companies Act) is only intended to correct errors which are apparent on the face of the record and not to render substantive findings on merits in order to explain, amplify and justify the conclusion reached in the judgement which is the subject matter of the application under section 420 of the 2013 Act,” it said.

“Unfortunately, the impugned order completely ignores the scope of jurisdiction under section 420 and travels far beyond its ambit. The fact that such fresh conclusions have been reached without even a notice being issued in the application to other parties to make submissions thereupon is another fatal anomaly in the impugned order,” it said.

It said the January 6 order “seeks to support” NCLAT's last year verdict by broadly giving three reasons including that since the Centre has not prescribed any minimum paid up share capital for a private company under the 2013 Act, there cannot be a private company or at any rate, arise the issue of conversion of a public company into a private company.