The rise was attributed to higher ticket prices

Budget carrier SpiceJet’s March quarter net profit rose 22 per cent to Rs 56.3 crore on the back of higher ticket prices, despite the grounding of Boeing MAX aircraft.

“SpiceJet has posted a strong recovery in the third and fourth quarters after suffering a loss of Rs 427.5 crore in the first two quarters because of a steep increase in fuel costs and a sudden depreciation of the rupee. This recovery comes despite the unprecedented challenges we faced during the fourth quarter, which saw the grounding of as many as 13 of our MAX planes,” Ajay Singh, chairman and managing director of SpiceJet, said.

“With a massive fleet expansion this fiscal, a favourable operating environment, a likely return of the B737 MAX in July, significant improvements in yields and prime slots at key airports, we are confident of a strong performance for 2019-20,” he said. 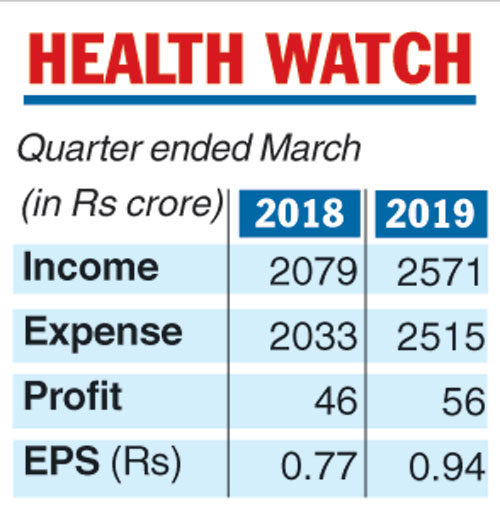 The average fare during the quarter was up 11 per cent, the airline said.

SpiceJet added 25 aircraft in April and May that took its fleet size to 100 as on May 28, the company said. The airline, at present, operates 584 daily flights.

SpiceJet, currently the country’s third-largest domestic carrier behind IndiGo and Air India, carried 14.41 lakh passengers in April, registering a 13.1 per cent market share, according to data from the Directorate General of Civil Aviation (DGCA).

The airline currently has over 92 aircraft in its fleet consisting mostly of Boeing 737s.