SpiceJet follows IndiGo and Jet into the red 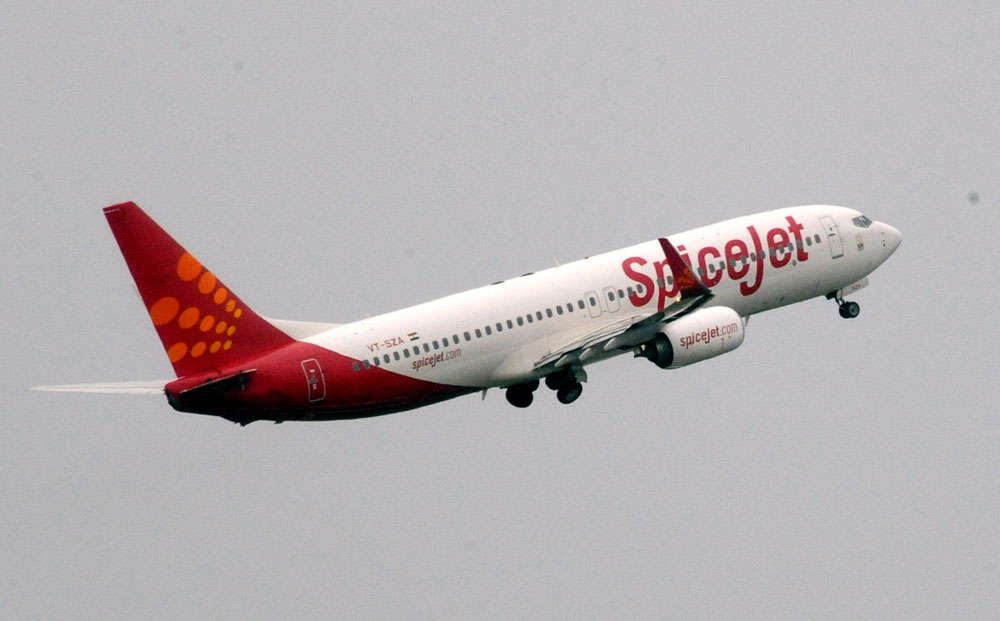 Commenting on the performance of the airline, SpiceJet chairman and managing director Ajay Singh said, “While it has been a challenging quarter for the entire industry, SpiceJet has managed to handle the sector headwinds well thanks to our aggressive network expansion, emphasis on cost reduction, induction of fuel efficient aircraft and the undying competitive spirit of our employees.”

Aviation player SpiceJet Ltd followed its rivals Indigo and Jet Airways to post steep losses for the quarter ended September 30 as the low-cost carrier grappled with high fuel costs and a falling rupee during the period.

The company on Wednesday reported a standalone net loss of Rs 389.37 crore in the second quarter ended September 30. It had posted a net profit of Rs 105.27 crore in the same quarter last fiscal, it said in a regulatory filing.

Net income from operations during the quarter under review stood at Rs 1,848.28 crore. It was at Rs 1,794.57 crore in the corresponding period of the previous fiscal.

Total expenses of the carrier during the second quarter were at Rs 2,299.67 crore against Rs 1,736.7 crore reported in the year-ago period.

Revenue performance, however, remained disciplined and fell only 1 per cent in spite of severe competition, it added.

The carrier said it registered record domestic load factor of 93.5 per cent in the second quarter, while its capacity was up 6 per cent.