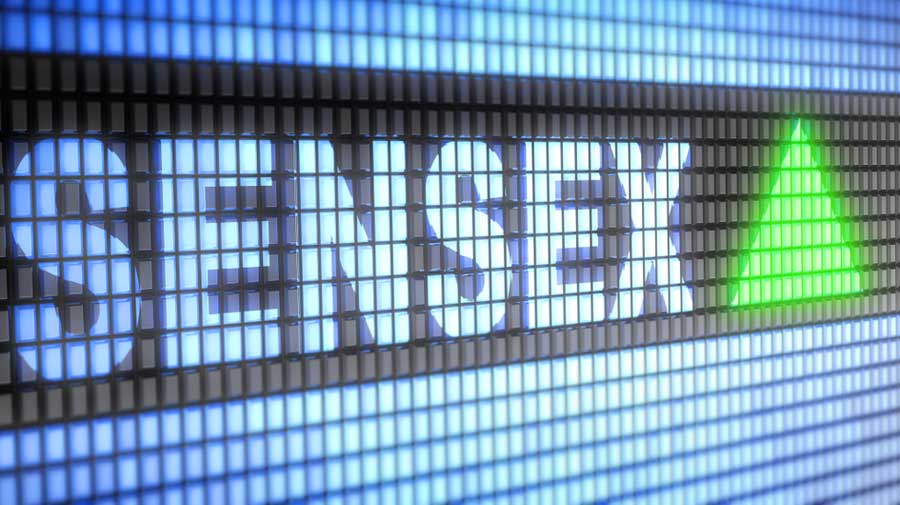 The Sensex on Monday hit a lifetime high and crossed the threshold of 49000, tracking gains in IT stocks amid a largely positive trend in global equities and strong inflows from foreign portfolio investors (FPIs).

The gains in stock prices came on hopes of improved performance of India Inc in the third quarter with Tata Consultancy Services (TCS) setting the stage for the optimistic tone last Friday.

TCS reported better than expected results and its top management saw revenue rising double digits in the next fiscal on increased spending on technology.

Both Infosys and Wipro will announce their third quarter results on Wednesday with market sentiment buoyed by the strong performance of TCS. Other sectors such as automobiles are also expected to fare better as they declare their numbers in the days ahead.

Moreover, announcement of the vaccination process from January 16 also lifted sentiments. Provisional data showed that FPIs bought stocks worth Rs 3,139 crore during Monday’s trading. So far in January they were net buyers to the tune of over Rs 10,800 crore.

While there is a disconnect between the state of the economy, which is forecast to contract by 7.7 per cent this fiscal, and stock prices, market circles are of the view that the stock momentum will continue on FPI inflows and optimism over corporate earnings as the vaccine is rolled out and economic activity comes back to the pre-Covid levels.

IT stocks led the rally after TCS on Friday reported a 7.2 per cent jump in December quarter net profits. HCL Tech was the top gainer in the Sensex group, rising 6.09 per cent, followed by Infosys, HDFC, Maruti, Tech Mahindra, Bajaj Auto and M&M.