Advertisement
Home / Business / Rupee falls 26 paise to close at 79.82 against US dollar

The dollar index, which gauges the greenback's strength against a basket of six currencies, was trading 0.33 per cent lower at 109.32 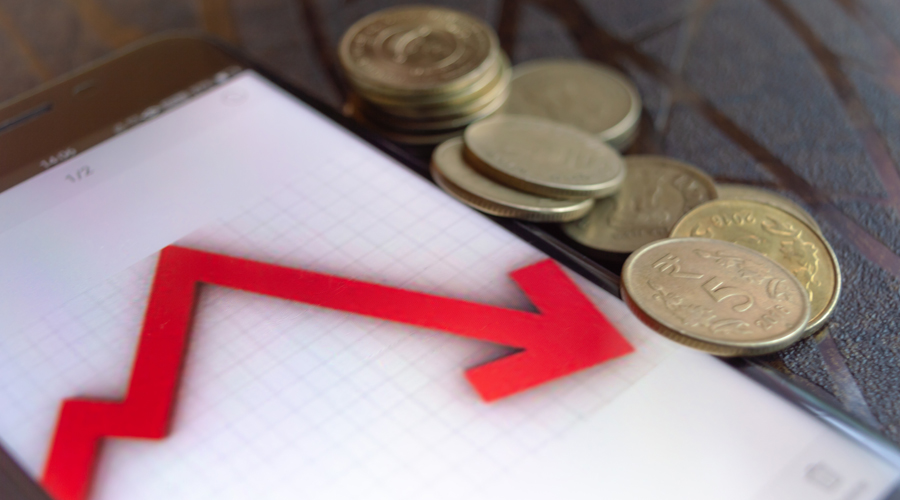 The rupee declined by 26 paise to close at 79.82 (provisional) against the US currency on Friday tracking Asian peers and strong dollar demand from importers.

At the interbank foreign exchange market, the domestic currency opened at 79.63 per dollar. It hovered in a range of 79.61 to 79.83 during the session.

Meanwhile, the dollar index, which gauges the greenback's strength against a basket of six currencies, was trading 0.33 per cent lower at 109.32.

Brent crude futures, the global oil benchmark, rose by 2.10 per cent to USD 94.30 per barrel ahead of the meeting of oil cartel OPEC and other producers which are likely to discuss output cuts.

Parmar further said that technically, spot USDINR back above the short-term moving averages while the oscillators remained sideways indicating range-bound trades in the near term. The pair is having resistance at 80.13 and support at 79.20.

Foreign institutional investors turned net sellers in the capital market on Thursday as they offloaded shares worth Rs 2,290.31 crore, as per exchange data.