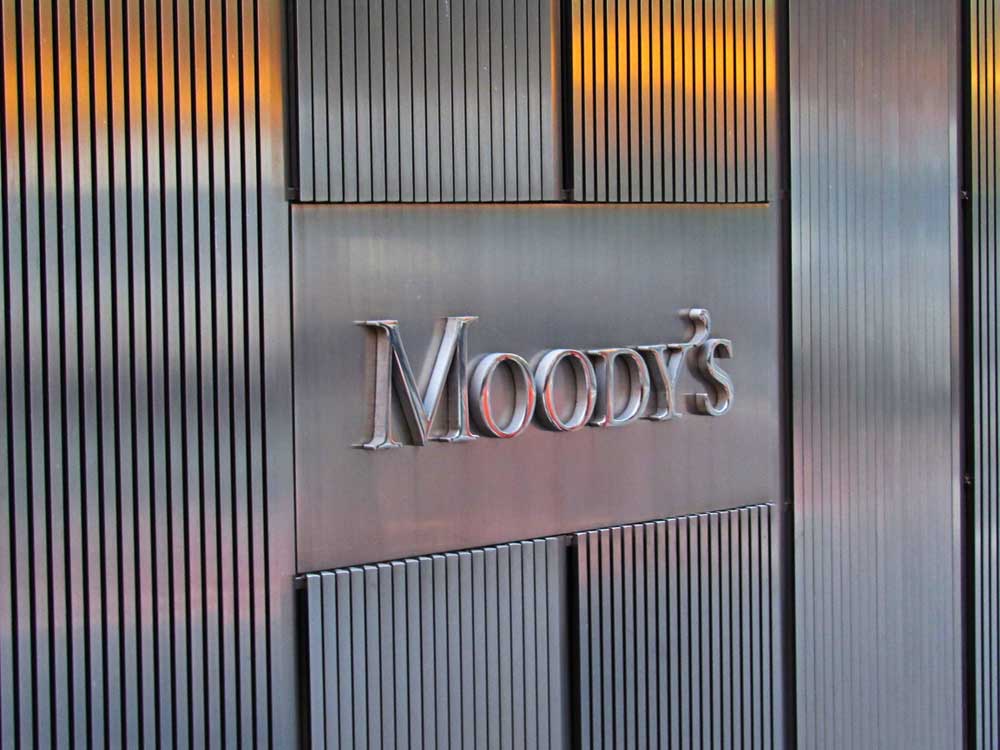 As similar policies in other countries have shown, tax cuts are unlikely to translate into higher consumer and business spending when risk aversion is high: Moody’s
(Shutterstock)
TT Bureau   |   New Delhi   |   Published 17.02.20, 07:18 PM

Moody’s on Monday slashed India’s growth forecast for 2020 to 5.4 per cent from 6.6 per cent projected earlier, on slower than expected economic recovery.

In its update on Global Macro Outlook, Moody’s Investors Service said India’s economy has decelerated rapidly over the last 2 years and economic recovery is likely to be “shallow”.

“While the economy may well begin to recover in the current quarter, we expect any recovery to be slower than we had previously expected. Accordingly, we have revised our growth forecasts to 5.4 per cent for 2020 and 5.8 per cent for 2021, down from our previous projections of 6.6 per cent and 6.7 per cent respectively,” Moody’s said.

Moody’s growth projections were based on calendar year and as per its estimates, India’s GDP grew 5 per cent in 2019.

In its latest update, Moody’s said the reduction in India’s growth rate reflects domestic challenges rather than external factors.

Stating that the key to stronger economic momentum would be the revival of domestic demand and bank credit growth, Moody’s said the Union Budget 2020 did not contain a significant stimulus to address the demand slump.

With a weak economy and depressed credit growth reinforcing each other, Moody’s said “it is difficult to envision a quick turnaround of either, even if economic deceleration may have troughed”.

“As similar policies in other countries have shown, tax cuts are unlikely to translate into higher consumer and business spending when risk aversion is high,” Moody’s said.

The rating agency said it expects additional easing by the Reserve Bank. However, if the recent rise in CPI inflation, mainly as a result of higher food prices, is seen to have second-round effects, this would make it more challenging for the central bank to cut interest rates further, it added.

Inflation as measured by Consumer Price Index (CPI) rose to a 68-month-high of 7.59 per cent in January.

RBI’s mandated target range for retail inflation is 2-6 per cent and the central bank aims to keep it at 4 per cent over the medium term.

Moody’s said that resumption of credit growth is equally important as reviving demand, and banks have been reluctant to lend or lower lending rates despite successive rate cuts by the RBI.

“...credit impulse in the economy has deteriorated throughout the last year as a result of the drying up of lending from non-bank financial institutions as well as from banks,” Moody's said.