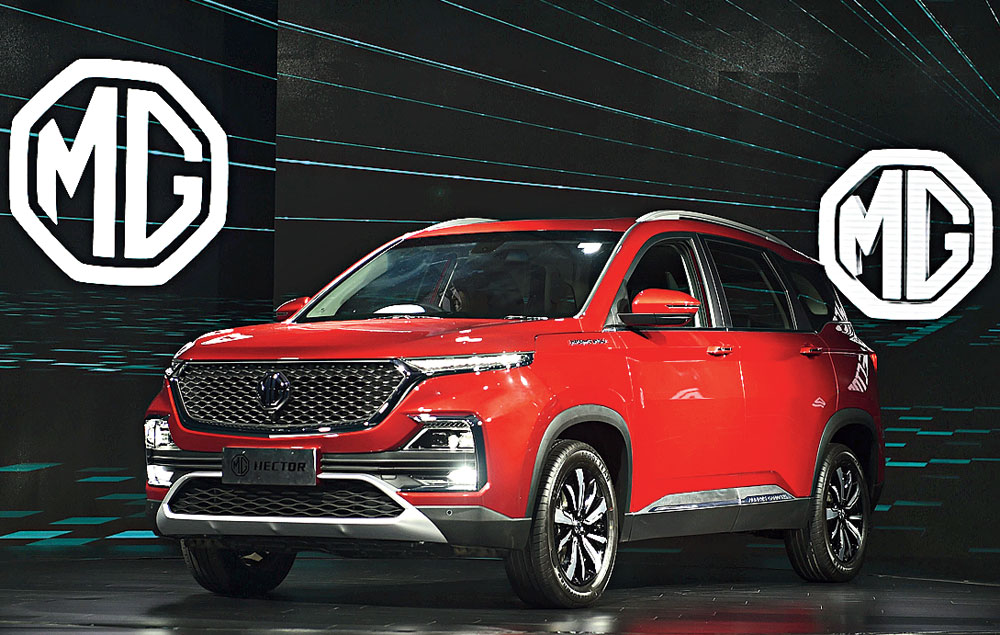 “Bookings will start early June and deliveries too,” Rajeev Chabra, president and managing director of MG India, said at the unveiling of the Hector which has many India-first features.

The Hector will be available in three engine options — a 1.5-litre turbo-charged petrol engine, a 2-litre diesel engine and a 48-volt mild hybrid engine.

Entering the Indian market amid a 16 per cent drop in passenger vehicle sales, MG India, which has taken over erstwhile GM India’s Hallol and Talegaon plants, is eyeing the premium segment.

“The Hector will be operating in the segment where the Honda CR-V, the Jeep Compass and the Hyundai Tucson operate,” said Gaurav Gupta, chief commercial officer, MG Motor India. That puts the Hector in the Rs 15-20 lakh segment.