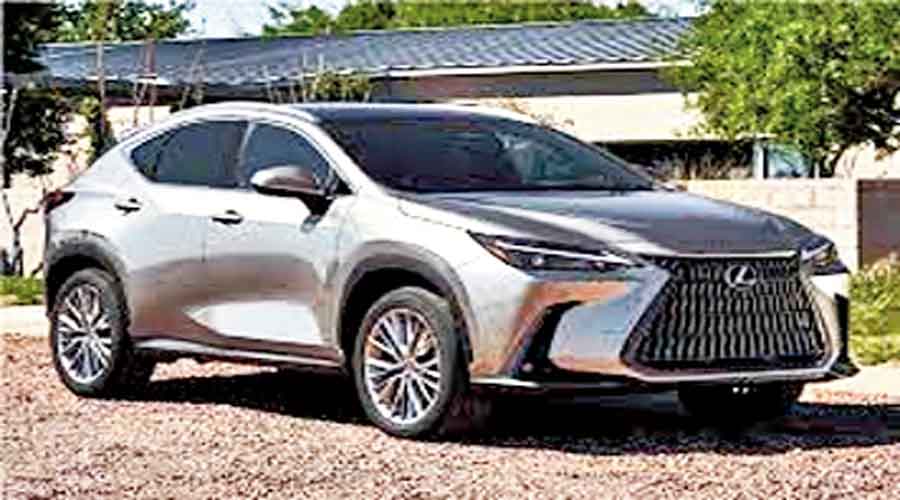 Lexus, the luxury vehicle division of Toyota, will locally manufacture its compact self-charging hybrid SUV, the NX350h, once it is assured of minimum sales  to make viable the local production of the model.

NX350h, the luxury compact SUV launched this month, is a completely built-up unit (CBU) priced from Rs 65 lakh onwards. But once localised, it will cost 10 per cent less.

The company is locally assembling only its flagship sedan ES  at Toyota’s Bidadi plant, where Lexus has a dedicated line.

Talking to The Telegraph at the test drive event of NX350h, Lexus India president Naveen Soni said: “From CBU to Completely Knocked Down unit (CKD), the biggest advantage in the journey is the duty structure. But to do CKD production you have to source components locally. If you don’t have enough numbers, the breakeven quantity will not be profitable. So the advantage of duty avoidance is lost if the numbers are not high.”

Soni said they were sold out for six months even before the company announced the price of the NX350h.

He did not give any sales figure. The Lexus NX350h already has a waiting period of six months.

“This is because of the global constraints we are facing on the supply side because of the semiconductor crisis,” said the new president who took over the reins of Lexus India in January.

The company, which entered the Indian market five years back, has been negotiating a slowdown caused by the pandemic that has led to a delay in its expansion.

Last year, the company opened the fourth dealership in Hyderabad apart from the ones in Delhi Mumbai, and Bangalore. In the next two months, the company will have seven dealerships covering 56 per cent of the luxury market. It will also open service touchpoints in new cities.

The company will focus on self-charging hybrid power trains and is testing the market for a battery electric compact SUV, the UX.

“We are in the process of checking customer preference for UX, whether there is a preference for battery electric vehicles or the hybrid version of the same,” said Soni.

Later in the year, the company will launch the new LX, its full-blown luxury SUV.  Right now its portfolio has two sedans, the ES (locally assembled) and the LS. It also sells a luxury sports coupe, the LC.

In SUVs, it has the compact SUV, the NX, a mid-range SUV the RX, and the outgoing luxury SUV LX.