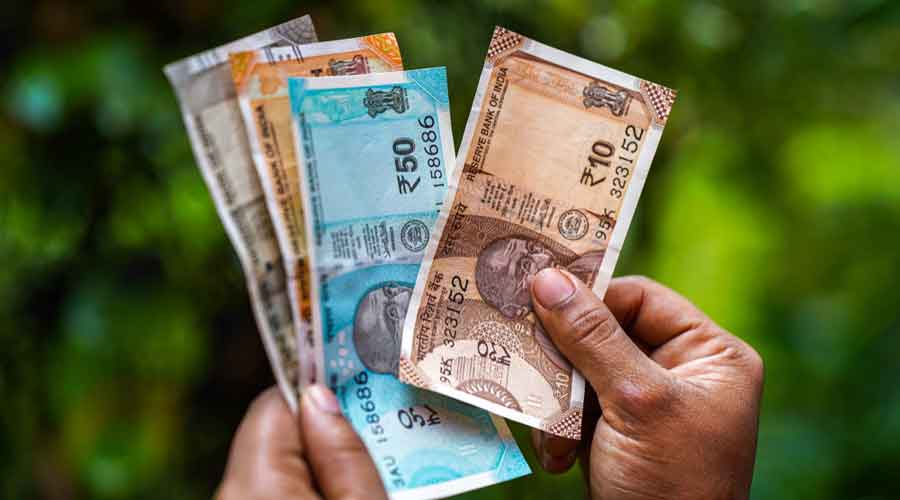 Small savers will no longer be able to dodge the falling knife: interest rates on postal deposits and schemes have been slashed by 40 to 110 basis points.

The interest rate on the popular public provident fund (PPF) scheme has been cut from 7.1 per cent to 6.4 per cent, a 46-year low. The PPF interest rate will tumble below 7 per cent for the first time since 1974.

The sharpest cut is in the one-year time deposit where the rate goes down by a whopping 110 basis points to 4.4 per cent. A hundred basis points make one percentage point.

The interest rate on the postal savings deposit has been slashed to 3.5 per cent. The rate had been steady at 4 per cent since December 2011.

The move to pare rates comes on top of last year’s sharper rate reduction of 70 to 140 basis points and will leave small savers with no real place to preserve a nest egg as retail inflation stubbornly stays above 5 per cent.

The savage cuts mean that interest rates on small savings schemes have been reduced by a total of 120-250 bps during the current financial year.

Senior citizens will be hit really hard: the interest rate on the savings scheme specially designed from them will go down by 90 basis points to 6.5 per cent. In April last year, the rate had been slashed by 120 basis points from the 8.6 per cent they earned till March 31, 2020.

At the shorter end of the maturity spectrum, the State Bank of India pays more on 1-year and 2-year deposits at 5 per cent and 5.1 per cent, respectively -- an unthinkable proposition until now.

The rate cuts are supposedly in line with the fall in the yield on the 10-year government security to which they are linked.

The Shyamala Gopinath committee had suggested that the interest rates on the various small savings schemes should be 25-100 basis points higher than the yield on the government bonds of similar maturity.

The government has not always followed that dictum.

However, the Modi government has finally decided the bite the bullet under pressure from the banks, which have complained vociferously against the high interest rates on small savings.

Bankers like Uday Kotak have often said they are unable to compete against a postal system that is spiriting away people’s deposits. This is not borne out by the facts, with the banks seeing their time deposits swell by 11 per cent over the past year to Rs 139.89 trillion as of March 12.

The latest data available with the Reserve Bank of India shows that overall, small savings amounted to a modest Rs 10.46 trillion as of February 5, 2020.

The popular Monthly Income Scheme saw the interest rate tumble by 90 basis points to 5.7 per cent. It had been cut last year by 1 percentage point to 6.6 per cent.

The Kisan Vikas Patra received a double whammy: the rate was slashed by 70 basis points -- the same as last year -- to 6.2 per cent while the maturity tenure was extended to 138 months from 124 months earlier.

The scheme meant for the girl child -- Sukanya Samriddhi Yojana– has been whacked with a cut of 70 basis points to 6.9 per cent.

“The reduction in administered interest rates has happened across the board. This is consistent with the prevailing interest rate structure in the financial markets. While this is a market-friendly measure, it could hamper savings which is already low due to various shocks that the economy has been facing over the past four years,” said N.R. Bhanumurthy, vice-chancellor of the Bangalore-based Dr B.R. Ambedkar School of Economics (BASE).

Aditi Nayar, principal economist, ICRA, said: “After keeping rates largely unchanged over the last few quarters, the government has effected a substantial lagged revision in small savings rates, mirroring the moderation in interest rates in the wider economy seen over the last year.”

SPJIMR’s Ananth Narayan said: “CPI Inflation has averaged over 6.1 per cent over the past 18 months. While it has come down in February, core inflation is still at 5.9 per cent, and inflation worries still persist. In this context, low and repressed interest rates, despite a huge government borrowing programme, pose big problems for savers. What makes it worse is that the interest is taxable.”

No change in RBI’s inflation target