The manufacturing sector, which constitutes 77.63 per cent of the Index of Industrial Production (IIP), grew just two per cent 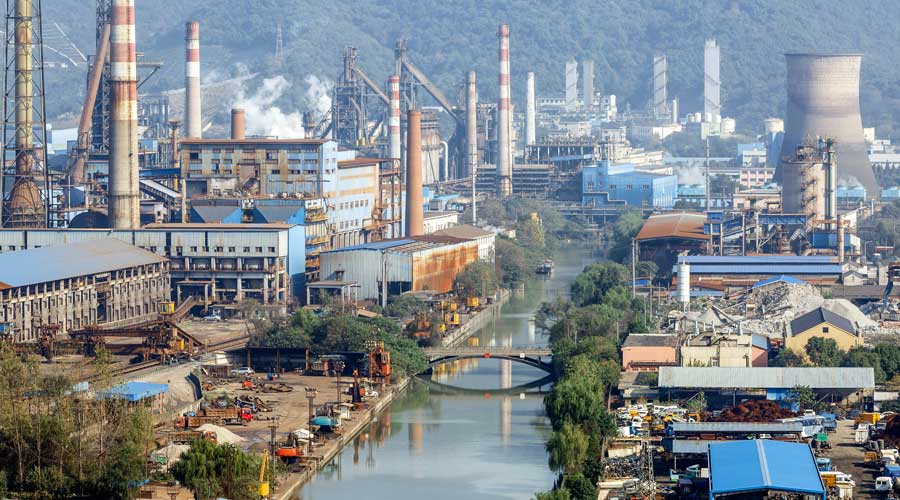 The festival month of October failed to lift industrial growth upwards which remained subdued on account of supply side issues and a waning base effect.

The manufacturing sector, which constitutes 77.63 per cent of the Index of Industrial Production (IIP), grew just two per cent in October, according to data released by the National Statistical Office (NSO) on Friday. The mining sector output rose 11.4 per cent in October, while power generation increased 3.1 per cent.

Industrial growth was stable but tepid in October, with the festive season boost being negated by the supply side issues afflicting the automobile sector, as well as a higher base, Aditi Nayar, chief economist at Icra, said.

The output of capital goods, which is a barometer of investment, contracted 1.1 per cent in October 2021.It had witnessed a growth of 3.2 per cent in the year-ago period.

The factory output recorded double-digit growth in the four months from May to August this year. Then it slipped to 3.3 per cent in September this year and further to 3.2 per cent, mainly due to waning low base effect.

Devendra Pant, chief economist at India Ratings & Research, said the IIP growth has been very fragile and even festive demand was not able to uplift it in October.

During April-October , IIP grew 20 per cent against a 17.3 per cent contraction in the same period last year.