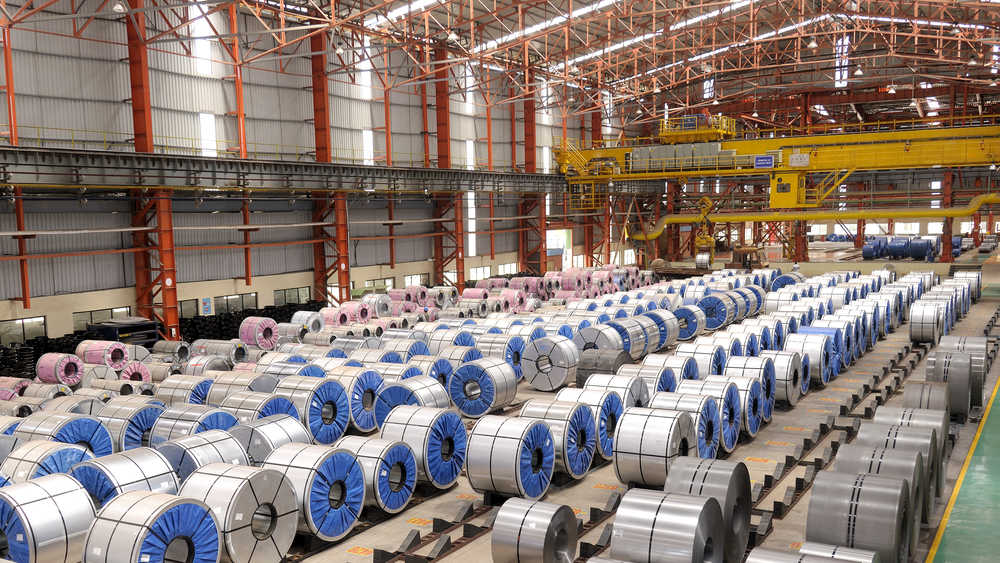 While top producers continued their upward march in production compared with the same period last year and the preceding quarter of this fiscal, low inventory cramped the sales of Tata Steel and JSPL, which reported a sequential decline in sales.
Shutterstock
Sambit Saha   |   Calcutta   |   Published 12.01.21, 02:46 AM

Frontline steel companies continued to clock higher production and sales despite the shortage of iron ore, reaping the benefit of record prices of the alloy.

Tata Steel and SAIL, which source ore from their own mines, ramped up production, while JSW Steel, AM/NS India and JSPL, which largely depend on market purchases, scored better in the third quarter, buoyed by a strong uptick in demand.

The numbers show how the large players are gaining market share from smaller units which are unable to
ramp up despite the lucrative market for want of raw materials.

While top producers continued their upward march in production compared with the same period last year and the preceding quarter of this fiscal, low inventory cramped the sales of Tata Steel and JSPL, which reported a sequential decline in sales.

A report by rating agency Icra noted that the share of the top six steel producers in total crude steel production, which remained at about 55 per cent historically, has risen to about 65 per cent in the recent months.

“These trends indicate the rising dominance of large steel players in the domestic industry and an adverse impact of the pandemic on the business performance of some of the smaller steel producers, which would find it difficult to operate at pre-Covid levels in the near term,” the Icra report pointed out.

Benchmark hot rolled coil prices rallied Rs 13,800 per tonne during October-December to reach an unprecedented level of Rs 51,000 per tonne.

However, the large players already made it clear that more rounds of hikes are on the cards given that domestic prices are still 6-8 per cent cheaper than the landed price of import.

“We expect steel prices to remain high in the January-March 2021 quarter with a sequential price hike of
Rs 7,000-8,500 per tonne,” a study by rating agency Crisil noted.

intervention.
However, the vertically integrated players such as Tata Steel and SAIL would reap the benefit as the remaining players procure iron ore at the market price.

NMDC’s iron ore prices more than doubled from May onwards and so have the prices of pellets (an iron ore intermediate) and scrap. From a low of Rs 1,960 a tonne in May, the prices of ore (64 per cent iron content) will go to Rs 4,360 a tonne.

ICICI Securities pegged Tata Steel’s EBIDTA (standalone) at Rs 19,000 per tonne. However, the benign coking coal price will offer a cushion to large players that use the blast furnace route.