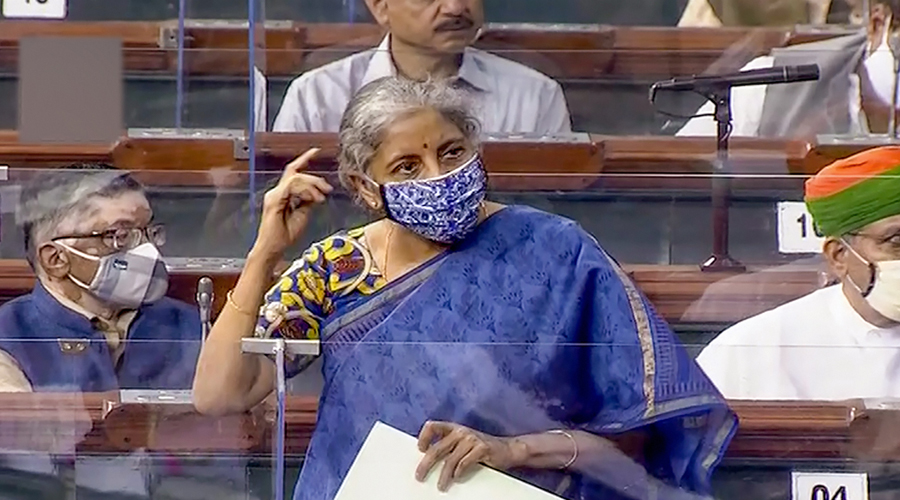 The Finance Bill 2021 was passed in the Lok Sabha on Tuesday after the government conceded major changes in the equalisation levy on e-commerce firms and raised the tax-free threshold on provident fund contributions by employees.

During the debate in the lower House, finance minister Nirmala Sitharaman said customs duties would be rationalised to help domestic businesses, especially the MSME segment.

The bill said the 2 per cent equalisation levy on foreign-owned e-commerce companies will not apply if the companies have a permanent establishment in India. “Through the amendment I am moving today, I intend to clarify that equalisation levy is not applicable on consideration for goods which are owned by Indian residents," Sitharaman said.

Rakesh Nangia, chairman of Nangia Andersen India, a consultancy, said “if goods or services listed on a foreign marketplace are owned or provided by an Indian resident or Indian permanent establishment of a foreign entity, it shall be out of the purview of the levy.” The government on Tuesday  also raised the deposit threshold limit to Rs 5 lakh per annum in provident fund for which interest would continue to be tax exempt, if there is no employer contribution.