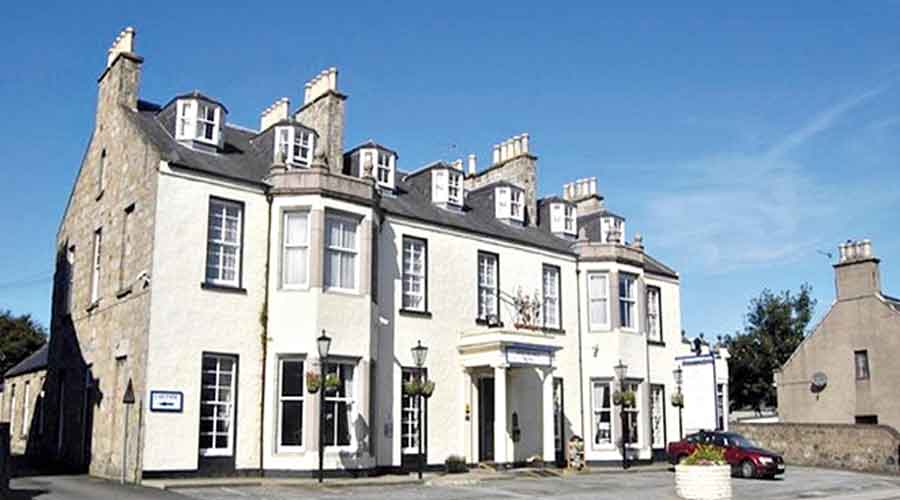 Elgin Hotels & Resorts Limited has snapped up a 150-year old property in Inverurie, a quaint town located an hour’s drive from the famed Balmoral castle in north-eastern Scotland, marking the first overseas foray for the Calcutta-based boutique hospitality chain.

The company acquired Kintore Arms, Inverurie, in Aberdeenshire last week, took possession of the 27-room property two days ago and launched the rebranded hotel even as it prepares for a major renovation in the coming months.

The two-storied attic hotel building with a Roman Doric porch at the centre was originally built in 1854 by Scottish architect William Ramage and remodelled thereafter in 1920. The property was previously owned by a London-based hotel company before Elgin acquired it.

“It is almost a full circle for our company, which started its journey by acquiring the Elgin Hotel in Darjeeling from Nancy Oakley, a Scottish lady, in 1965. We are very excited to add this first overseas property to our portfolio and plan to restore Kintore Arms the way it did in Darjeeling,” Viraj Oberoi, director of Elgin, told The Telegraph.

The pandemic, which hit the hospitality industry hard worldwide, forced the hand of many hoteliers to let go of assets cheap. Oberoi said he acquired the freehold asset and land at £1.5 million, one-third the price the previous owner had paid to acquire it. Elgin plans to spend another £500,000 to refurbish the property which was not properly maintained in the last two years.

Oberoi said Elgin prided itself in acquiring heritage properties and turning them around. It has five hotels, three in Bengal and two in Sikkim at present. The company’s last acquisition was the Raj-era colonial Fairlawn hotel in central Kolkata in 2018.

The hotelier, who lives on Park Street, chanced upon the property during a family trip to northern Scotland in August. Desperate to step out during the home-bound pandemic life, they travelled to the UK and then to Scotland where public spaces were open.

During their weeklong stay in Inverurie, located at the banks of river Don and Ury, the Oberois discovered that the property was up for sale. “We liked the property, got in touch with the owner. Frankly, it is a great buy at the price, the pandemic was a blessing in disguise,” Oberoi said.

Being on the outskirts of Aberdeen, the area gets tourists for almost eight months a year. Apart from the Americans and the Europeans, the town is popular with Asian and India tourists who make it a base to visit northern Scotland, which offers many attractions, including golf courses, distilleries and castles such as the Balmoral, owned by Queen Elizabeth II.

Oberoi now plans to divide his time between Kolkata and Inverurie, which he said would just be like an overnight journey.

"Indians have earned a reputation in the world for their hospitality… The local people know it and it was evident the way they welcomed our acquisition,” Oberoi said.