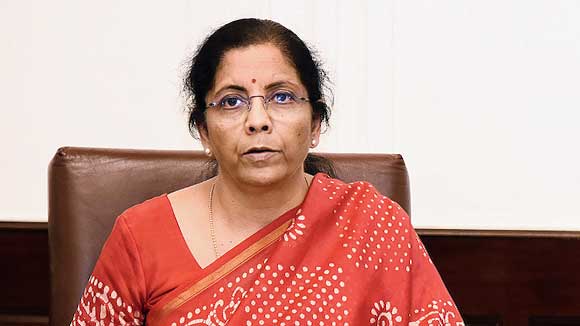 State-owned banks have sanctioned about Rs 6.45 lakh crore worth loans to various sectors, including MSMEs, agriculture and retail between March 1 and May 15 when businesses were reeling under the impact of the pandemic.

Loans sanctioned at the end of May 8 stood at Rs 5.95 lakh crore.

“Loans worth over Rs 6.45 lakh crore were sanctioned by PSBs during March 1 – May 15 for 54.96 lakh accounts from MSME, retail, agriculture & corporate sectors; A notable increase compared to the Rs 5.95 lakh crore sanctioned as of May 8,” finance minister Nirmala Sitharaman said in a tweet.

“Public sector banks sanctioned over Rs 1.03 lakh crore as emergency credit lines & working capital enhancements in the period March 20 to May 15, which is a substantial increase over the Rs 65,879 crore that had been sanctioned up to May 8,” she said.

State-owned banks launched an emergency credit line to provide funds to its existing MSME and corporate borrowers in the last week of March, soon after the lockdown was announced.

Under the scheme, banks provide an additional line of credit of 10 per cent of the existing fund based on working capital limits, subject to a maximum of Rs 200 crore.