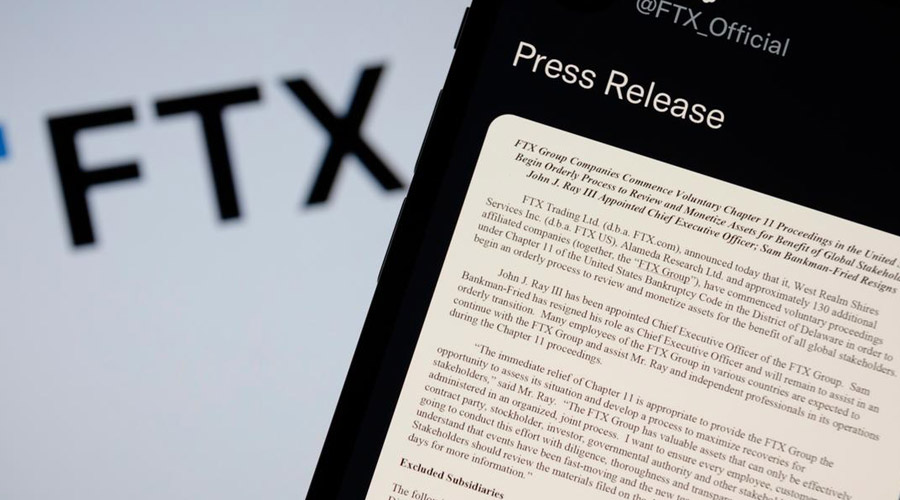 FTX filed for bankruptcy protection after a crypto equivalent of a bank run.
Deutsche Welle
Deutsche Welle   |   Published 13.11.22, 10:04 AM

FTX, the world's second-largest cryptocurrency exchange, on Saturday said it was probing a possible hacking attack, a day after it collapsed when traders rushed to withdraw billions of dollars.

The Wall Street Journal (WSJ) reported that more than $500 million (€482 million) of crypto funds appear to be missing, citing crypto analytics firm Elliptic Enterprises who said the funds had been moved out from the platform in "suspicious circumstances."

Miller added that the company took "precautionary steps to move all digital assets to cold storage... to mitigate damage upon observing unauthorized transactions."

Cold storage refers to moving cryptocurrency assets to hardware unconnected to the internet, to ensure its security.

John Ray, who was appointed on Friday as Chief Restructuring Officer and CEO of FTX following the removal of founder Sam Bankman-Fried, said "unauthorized access to certain assets has occurred."

He said in a statement that an "active fact review and mitigation exercise was initiated immediately in response."

Ray added that FTX was coordinating with law enforcement and regulators and would "continue to make every effort to secure all assets, wherever located."

WSJ reported that a rival crypto exchange, Kraken, said it knew the identity of the alleged hacker and would pass details to authorities.

Bankman-Fried, meanwhile, has denied rumors that he has flown by private jet to South America, telling the Reuters news agency he remains in the Bahamas, where he lives.

The 30-year-old founder, known for his shorts and T-shirt attire, has morphed from being the poster child of crypto's successes to the protagonist of the industry's biggest crash.

Until 10 days ago, FTX had a valuation of some $32 billion but suffered a series of shocking setbacks firstly when media reports revealed that its Alameda Research trading house was involved in a risky financial arrangement that appeared to involve serious conflicts of interest.

Financial media reported that FTX executives knew the platform was using billions in customer funds to prop up Alameda.

Adding to its woes was the move by larger rival Binance to seek to purchase FTX.com on Tuesday before retracting its offer a day later due to the state of the firm.

The collapse shocked investors and prompted fresh calls to regulate the crypto asset sector, which has seen losses stack up this year as cryptocurrency prices collapsed.

FTX is being investigated by both the US Securities and Exchange Commission (SEC) and the Department of Justice (DOJ), according to the New York Times.