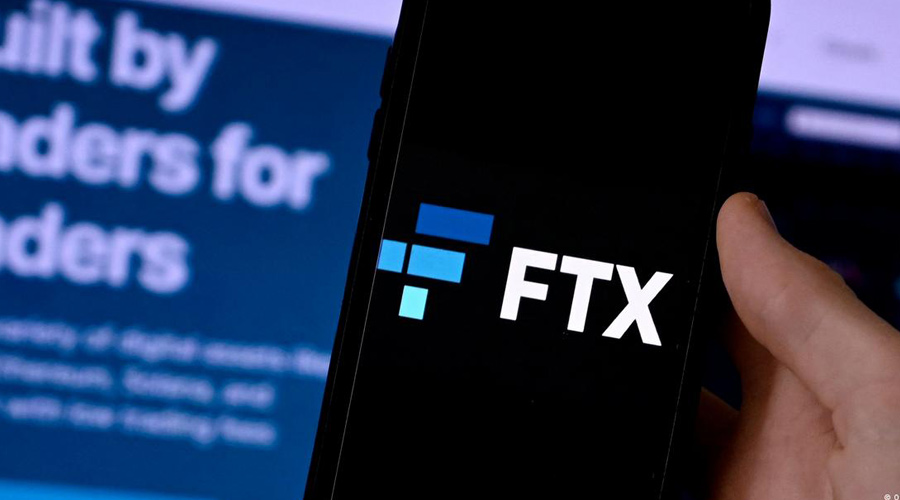 The collapse is the latest to rock the cryptocurrency world, with little chance of depositors being bailed out.
Deutsche Welle
Deutsche Welle   |   Published 12.11.22, 10:04 AM

Crisis-struck cryptocurrency exchange FTX filed for US bankruptcy protection on Friday after experiencing the digital currency equivalent of a bank run.

A week of rumors over the platform's financial woes sent Bitcoin plunging to a two-year low this week and by Friday evening, the currency was trading at $16,861 (€16,256).

FTX, its affiliated crypto trading firm Alameda Research, and about 130 of its other companies have commenced voluntary Chapter 11 bankruptcy proceedings in Delaware, the company said in a statement on Twitter.

Chapter 11 is a US mechanism allowing a company to restructure its debts under court supervision while continuing to operate.

The platform's founder and CEO Sam Bankman-Fried also resigned after he failed to raise billions to stave off collapse as traders rushed to withdraw $6 billion in just 72 hours.

John J. Ray III, a restructuring expert who oversaw the liquidation of US energy giant Enron in 2001, has been appointed to take over as CEO.

Reuters news agency cited sources saying that the platform was scrambling to raise about $9.4 billion from investors and rivals to save itself after customer withdrawals.

FTX had agreed earlier this week to sell itself to bigger rival Binance after customers fled fearing a lack of capital.

The crypto world had hoped that Binance, the world's largest crypto exchange, might be able to rescue FTX and its depositors.

However, after Binance took a look at FTX's books, it concluded that the smaller exchange's problems were too big to solve and backed out of the deal.

It was an abrupt fall from grace for a company that was once a darling of the crypto industry.

FTX raised $400 million from investors in January, valuing the company at $32 billion.

It attracted money from investors such as Singapore state investment firm Temasek and the Ontario Teachers' Pension Plan as well as celebrities and sports stars.

From crypto hero to zero

Bankman-Fried, known for his trademark shorts and t-shirt attire, has morphed from being the poster child of crypto's successes to the protagonist of the industry's highest-profile crash.

The 30-year-old, whose net worth was estimated as high as $26.5 billion by Forbes a year ago, has repeatedly apologized.

"I'm really sorry, again, that we ended up here," he said in a series of tweets Friday.

Bankman-Fried's net worth has all but evaporated, according to Forbes and Bloomberg, which closely track the net worth of the world's richest people.

Already companies that backed FTX are writing down their investments.

Politicians and regulators are ramping up calls for stricter oversight of the crypto industry.

On Thursday, AP news agency reported that the US Department of Justice (DOJ) and the Securities and Exchange Commission (SEC) were looking into FTX to determine whether any criminal activity or securities offenses were committed.

The investigation is centered on the possibility that FTX may have used customers' deposits to fund bets at Alameda Research.

Cryptocurrencies have no protections under US law and both Republican and Democratic politicians have so far ruled out any Lehman Brothers-like bailout for crypto depositors.

US Democratic Senator Elizabeth Warren tweeted that the implosion of FTX was a wake-up call for Congress and regulators to hold the industry and its executives accountable.

"Too much of the crypto industry is smoke and mirrors. It's time for stronger rules and stronger enforcement to protect ordinary people," she said.