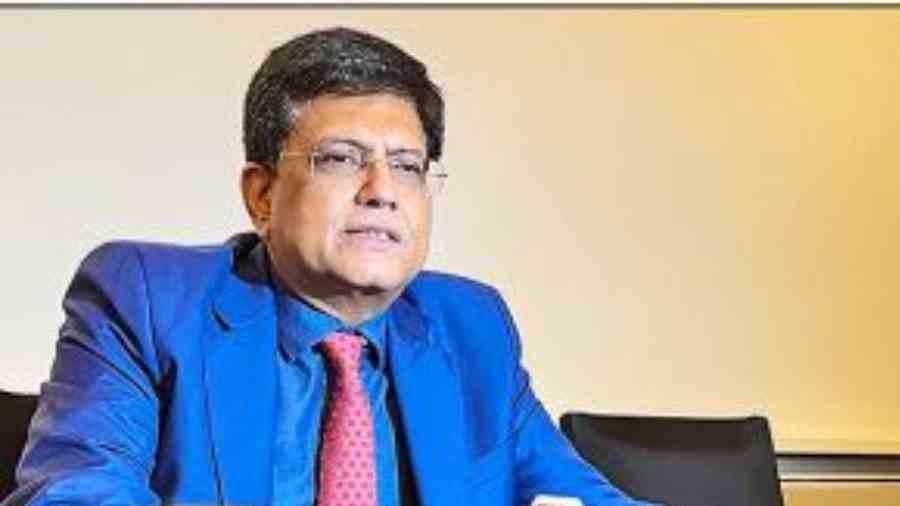 The commerce ministry is in the process of studying in greater detail the report on its restructuring and there is a plan to set up a trade promotion body, Union minister Piyush Goyal said on Sunday.

The ministry is working to redesign the Department of Commerce, as India is targeting exports of goods and services to $2 trillion by 2030.

The restructuring rests on pillars like increasing India’s share in global trade, assuming leadership roles in multilateral organisations, creating 100 Indian brands as global champions, and setting up economic zones in India to strengthen the manufacturing base and attract greater investments.

“We are in the process in the commerce ministry to redesign the structure of the ministry. And one of the ideas before us is to set up a trade promotion body, similar to Invest India, which will promote trade from India, for India,” he told reporters here.

Invest India, under the ministry, is an agency which facilitates investments into the country.

He added that the Directorate General of Foreign Trade (DGFT), which currently looks after exports, import related issues, will have certain other roles more like a facilitation unit and trade promotion body will focus on promotion.

“Ideally, we would like to pattern it (trade promotion body) on the lines of Invest India with a flavour of independence, autonomy and like a private sector organisation so that it can genuinely work in close partnership with business and industry worldwide,” the commerce minister said.

“We have just received a report suggesting the new form of the ministry. And we now go through the process of studying the report in great detail and coming up with the overall plan for restructuring and rewriting the way commerce ministry functions,” he said.

The 14 volumes of the report has defined the role of each section within the department and lays down the expected outcomes and key performance indicators.