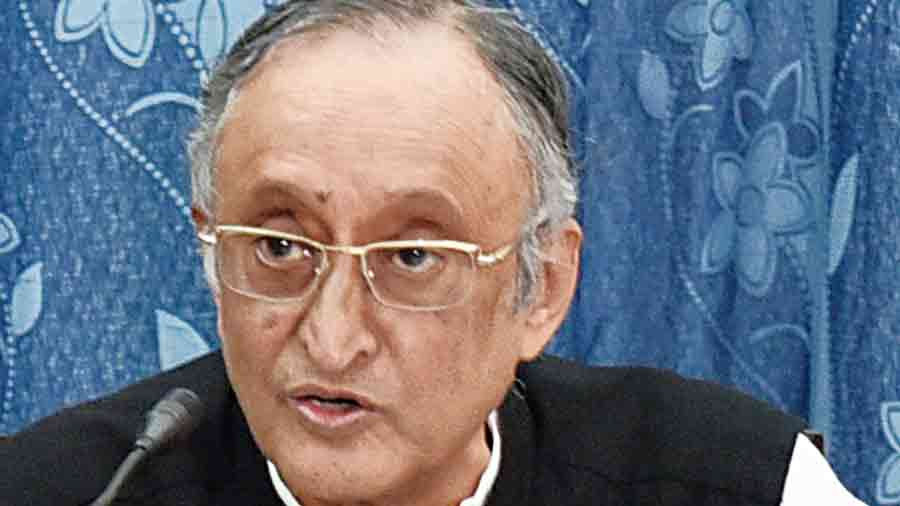 Opposition-led states, including Bengal, Kerala and Chhattisgarh, have demanded that the Centre pays GST compensation beyond June and the issue could dominate the GST Council meeting likely to be held later this month.

The recent Supreme Court judgment that the recommendations of the GST Council are not binding on the Centre and states and that the council as a body holds only persuasive values could result in states imposing taxes to meet the revenue demand.

Finance ministry officials said Rajasthan, Tamil Nadu, Chhattisgarh, Kerala, Bengal and Delhi have demanded an extension of the compensation for another five-year period as the states have not bounced back from the Covid-19 impact on the economy.

Amit Mitra, principal chief adviser to the chief minister and the finance department of the Bengal government, in a letter to Union finance minister Nirmala Sitharaman sought the continuation of the GST to the states for the next 3 to 5 years beyond June.

Mitra said the unforeseen battle against the pandemic has put the fiscal health of the states under huge stress. “On top of that, the massive inflationary pressures have severely aggravated and impaired the economies of states which today are struggling with massive fiscal burdens. The GDP has not yet reached the pre-pandemic level and is not likely to reach a desirable trajectory any time soon,” the letter said.

Speaking to The Telegraph, Mitra later explained that states have not reached the projected revenue generation which formed the basis of the compensation formula. In comparison to assumed 14 per cent revenue growth on the base year of 2015-16, the states have barely crossed 6-7 per cent, he argued.

Mitra said there are “ominous” signs that the Centre may not extend compensation. The Modi government, which usually lags in clearing compensation, has paid the entire dues as on May 31. “When the state and the Centre agreed to the formula, nobody could foresee the pandemic which is into its third year. Covid has put huge fiscal stress on states,” he said.

Seeking an extension of the compensation beyond June, K.N. Balagopal, finance minister of Kerala, told The Telegraph: “The GST law from  inception itself is against the interest of federalism. Since the GST regime came into being, the Centre had been arbitrarily imposing its decisions on the states, affecting their revenue and forcing them to impose treasury restrictions.”

He said the recent apex court order has “upheld the freedom of the states in taxation which was important. It would pave the way for states to protect their rights.”

Chhattisgarh GST council member T.S. Singh Deo said several questions like sharing of revenue by the Centre, issues of producing states, continued encroachment of fiscal power of the states by the Centre among others would come under scrutiny.

While the Centre has stated that beyond June, the cess collected till March 2026 would be used to pay back the principal and interest for the borrowed sum, the states are expected to put pressure on compensation extension as revenue collection has been below expectations.

States had accepted to be part of the GST on the assurance that being given full compensation for the first five years of introduction of GST on the assumed revenue growth rate of 14% over the base year of 2015-16. And, any shortfall needs to be compensated by Cess.

States are demanding that the Centre continue to compensate them as the revenue buoyancy has not been as promised and the Covid-19 had a huge impact on revenue collection.

The SGST growth was at an average of 6.7 per cent during FY18-21, which is lower than the 9.8 per cent growth recorded by the taxes subsumed under GST during FY14-17, a report said.

“The share of state GST (SGST) in their own tax revenue (SOTR) during FY18-FY21 stood at 55.4 per cent, compared with 55.2 per cent during FY14-FY17 indicates that the growth in both SGST and non-SGST components of SOTR has been broadly similar. This means the GST implementation did not result in any incremental benefit to the SOTR," India Ratings and Research said in the report.

Emphasising the need for the extension of the compensation as the tax buoyancy has not been as promised before the implementation of the GST,