The port on Thursday also entered a slew of agreements for ship repair, storage logistics and inland water movement among others 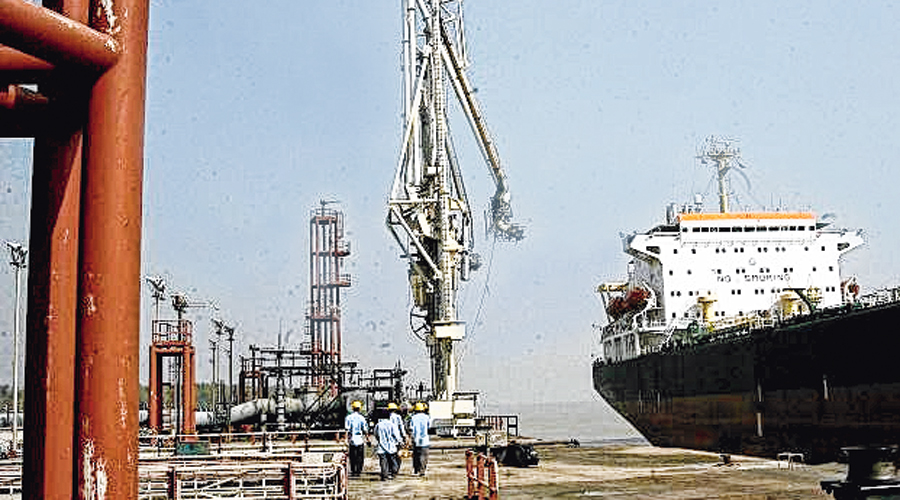 Most of these ventures are in partnership with the private sector and spans across liquid cargo, container traffic and bulk cargo. When completed, they would enable the port to handle an additional 10 million tonnes of cargo.

A large chunk of the jetties will be dedicated to handle liquid cargo. The terminal the port is building at Haldia for Rs 100 crore will be completed by the year end, allowing it to handle 2.5 MT of liquid cargo.

Moreover, it has allotted land to a private firm to build an oil terminal at Salukhali, near Haldia. A new terminal will also come up at Budge Budge, near Calcutta, replacing the existing pontoon jetty which limits operations during high tide, curtailing handling volume.

“The world is moving towards liquid cargo as we migrate from traditional fuel to clean energy. CPT is building three oil terminals, adding up with the ones we have, to be ready for the future,” Vinit Kumar, chairman of SMP, Calcutta, said. At present, coal is the most significant cargo for the port.

Apart from oil jetties, the port is offering private companies the opportunity to build and operate a container terminal and bulk handling berth at Khidderpore Dock in Calcutta on a 30-year lease. Six bidders have shown interest so far and the award may be given after the polls.

The port is also offering berth number 3 at Haldia for end to end mechanisation to handle bulk cargo. The Rs 300-crore project has evoked interest from four private parties. Going forward, two more berths would be awarded for similar makeovers.

The port on Thursday also entered a slew of agreements for ship repair, storage logistics and inland water movement among others.