The super-rich should contribute more to the society and nation building, Sitharaman said 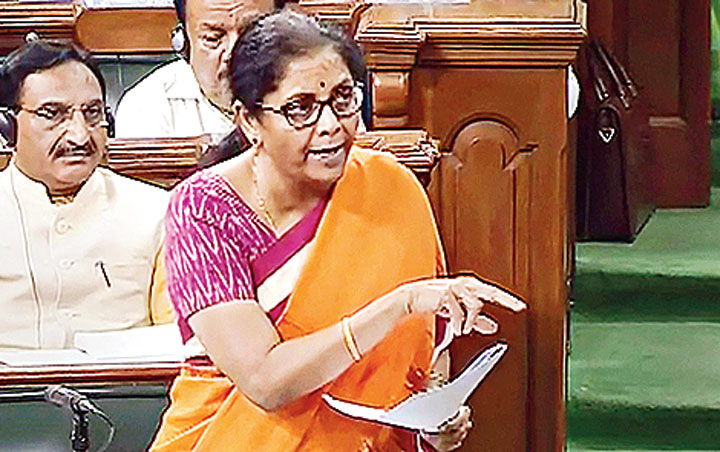 Finance minister Nirmala Sitharaman on Friday said foreign portfolio investors (FPIs) can register as companies to avoid the new tax surcharge imposed on individuals and trusts in the budget.

“The super-rich should contribute more to the society and nation building. FPIs should consider the option of structuring themselves as companies rather than trusts to avoid paying the increased surcharge,” she said during a debate on the Finance Bill in the Lok Sabha. The bill was later passed by a voice vote.

Sunil Gidwani, partner-financial services, Nangia Advisors (Andersen Global), said, “This is likely to disappoint FPIs because it is not easy to restructure global funds only for Indian tax reasons. No one in the government seems to appreciate that just as our mutual funds are formed as trusts because regulations require so, in various countries funds are set up as trusts because of home country regulations, industry practices and commercial reasons and not because they saw an advantage in India earlier.”

A change of FPIs from trusts to companies would not be that easy as “under the general anti-avoidance rules, tax authorities can question the move and even deny tax benefits”, Punit Shah, a partner at Mumbai-based tax consultant Dhruva Advisors LLP, said.