Police have started investigating the case involving the seizure of more than 1,100 swords from Goria Toli area under the jurisdiction of Kotwali police station. 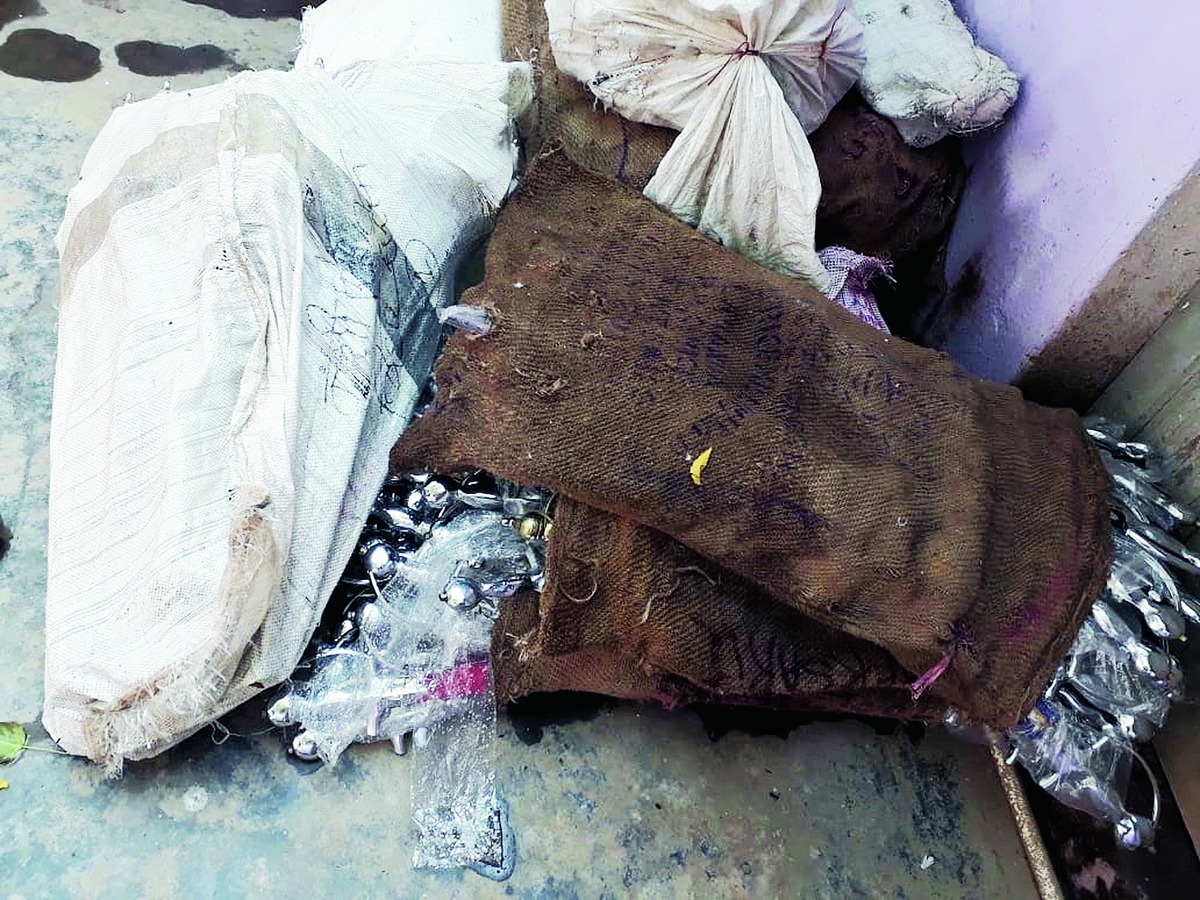 Patna: Police have started investigating the case involving the seizure of more than 1,100 swords from Goria Toli area under the jurisdiction of Kotwali police station.

On Saturday, the police conducted raids at Goria Toli seized 129 swords from shops. When they raided shops at Chiraiyatand, the number of swords seized went up to nearly 1,100.

The haul of so many swords from the heart of the state capital ahead of Muharram and Dussehra has shocked the police.

Swords were seized from Nalanda district too last week.

The Patna police arrested four persons over the seizures.

They first arrested Vishram Tiwari and Ramnanth Kumar from Siwan and Rakesh Mishra of Gopalganj, who had allegedly kept the swords in the godown.

Later, during interrogation, the three disclosed that one Rahul too had kept a large quantity of swords in a godown at Chiraiyatand.

When the police conducted the raids at Chiraiyatand, they found around 900 swords.

DSP law and order Manoj Kumar Sudhanshu said: "All the arrested persons have been sent to jail. They had brought the swords and daggers from Amritsar in Punjab without any licence to sell the weapons."

The police interrogated whether or not they had planned to supply the weapons to any particular gang ahead of Muharram and Dussehra.

However, the arrested persons told the police they had brought the swords intending to sell at fairs.

There are many districts where such illegal arms are sold in the open, sometimes even at village markets.

Last week, the Nalanda police had seized more than 500 swords and had arrested two men, Munshi Singh and Sunil Kumar Verma, during a raid at Laheri police station area of the district.

Nalanda was among the nine Bihar districts that witnessed communal flare-ups before and during Ram Navami this year.

More than 30,000 religious processions were taken in Bihar out between October 2017 and April 2018. Aurangabad, Bhagalpur, Samastipur, Nawada, Bhojpur and Saran were the worst hit districts, and display of swords had become a common sight.