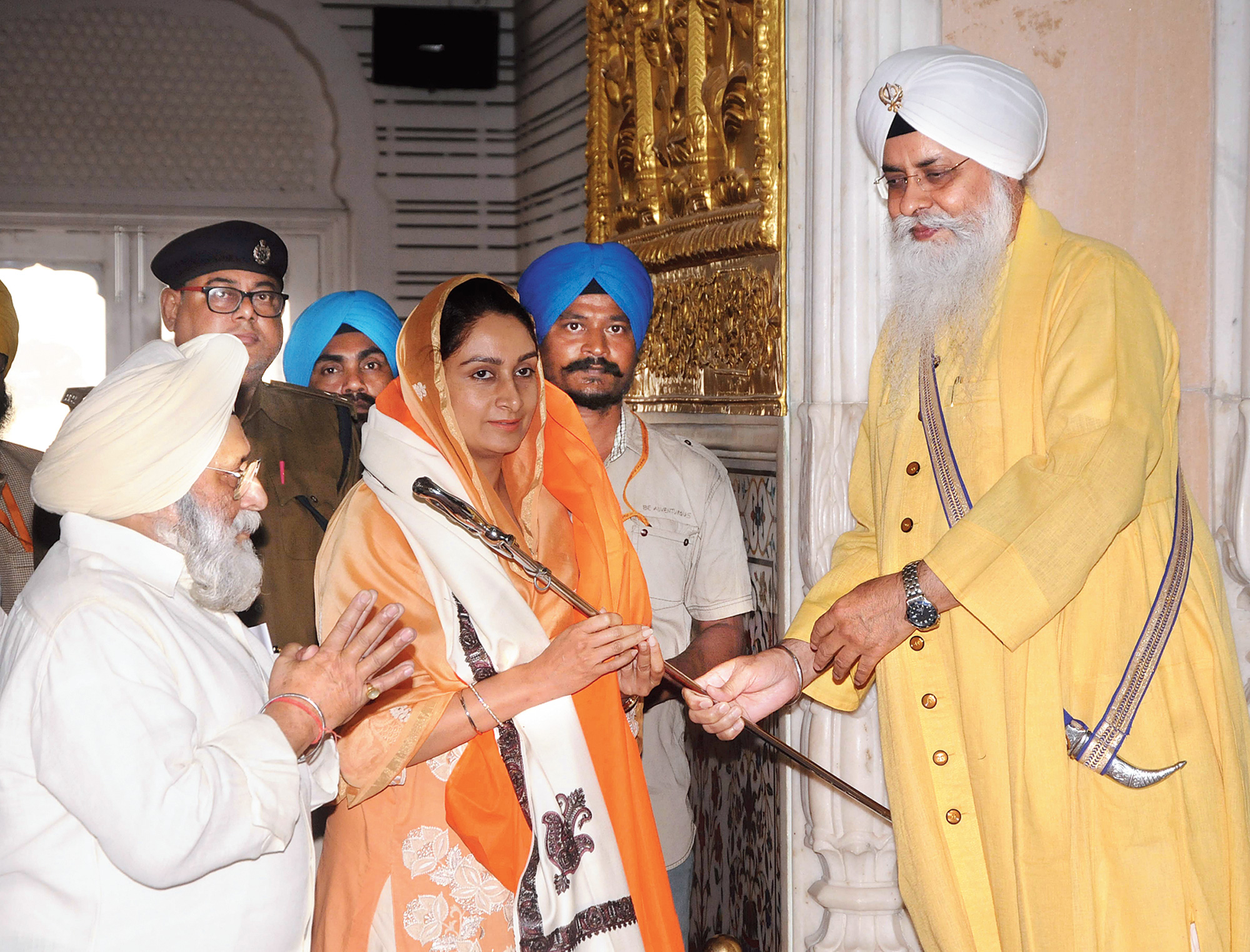 Union minister of food processing Harsimrat Kaur Badal on Thursday refused to inaugurate a mega food park at Mansi in Khagaria district, around 200km east of Patna, and walked out in a huff because the facility wasn’t complete.

Badal, who had returned from Pakistan on Wednesday after attending the Kartarpur corridor foundation laying ceremony, was supposed to inaugurate Pristine Mega Food Park. Before doing the honours she decided to take a tour of the facility, which is being developed on a 70-acre plot. She found that the work on the Rs 127-crore park — meant to house maize processing units — was incomplete and not a single industrial unit had come there so far.

“I had come here with much hope to give a gift to the people of Bihar. But I decided to see the reality on the ground before inaugurating the mega food park and saw that it has not been completed. There are several shortcomings and I have expressed my displeasure to the promoters,” the minister said in her speech after refusing to inaugurate the facility.

She said she also held her officials responsible because it was their duty to verify the project and report to her. The programme should not have been scheduled if the mega food park was incomplete, she said.

Seeking forgiveness from the people, Badal said: “Somewhere or other mistakes have been committed by the promoters and all of us. We are sorry to have invited you all here and wasted your precious time.”

As punishment, the minister stopped a Rs 50-crore grant due to the promoters, including Pristine Logistics, the company behind the mega food park. The central government has already given Rs 50 crore to the promoters previously for the work.

“The promoters have assured me that they will complete the project very soon. We will monitor it intensively. We want the people to get benefit from the money spent by the central government. We want industrial units to be established here. We want the youth to get jobs,” Badal said.

Badal had laid the foundation stone of the mega food park at the Industrial Growth Centre (IGC) in Mansi on August 6, 2015, as part of the central government’s mega food park scheme. It is being developed by a special purpose vehicle (SPV), Pristine Logistics and Infraprojects Private Limited, and a deadline of three years had been set for its completion.

The project was supposed to attract an investment of Rs 450 crore, leading to a turnover of Rs 1,250 crore and creating direct and indirect employment for 10,000 people. It would have benefited farmers of Khagaria and several adjoining districts.

The local farmers under the banner of various local organisations such as Bhoomi Bachao Sangharsh Samiti Abhiyan had protested against the inauguration of the food park, stating that the company had not provided them with remuneration in lieu of the work done by them.

“This is a very unfortunate day for us,” Amit Jha, CEO, Pristine Mega Food Park, said when contacted. “Though the deadline was three years, mega food parks in other states take five years. However, we have worked on this project against severe odds. We had to spend one-and-half years to just take possession of the land provided to us by the Bihar Industrial Area Development Authority on 90-year lease.”

He said that the botched inauguration was due to miscommunication with Badal’s ministry as no official came to assess or see the status of the park, but simply fixed the date for inauguration.

Pristine Logistics is a company formed by former bureaucrats from the railways, and income-tax department.