Rashtriya Lok Samta Party (RLSP) chief Upendra Kushwaha finds himself in a fix by trying to ride with one foot in two boats. 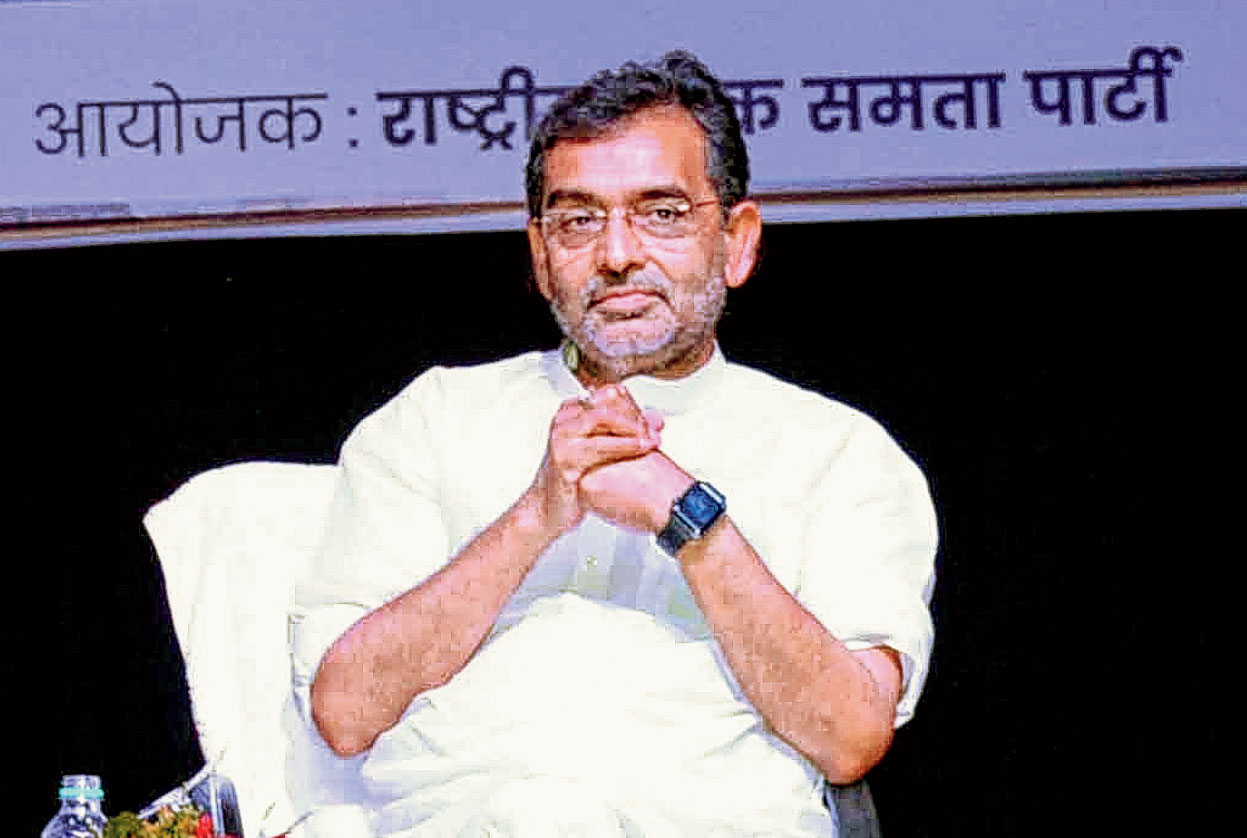 Rashtriya Lok Samta Party (RLSP) chief Upendra Kushwaha finds himself in a fix by trying to ride with one foot in two boats.

Kushwaha hasn’t received a positive response on seat-sharing from the BJP; neither has the RJD warmed up to him. The JDU is cut up with the RLSP boss, who has over the past few months made a series of statements against chief minister Nitish Kumar, with sources ascribing them to his ambition of getting the chair at least once in his political career.

It now appears that within the NDA, he could expect at best one seat. In such a

scenario, he is likely to choose the RJD given his discomfort with Nitish.

When Kushwaha landed in Patna on Wednesday night, journalists asked him about Nitish’s meeting with BJP president Amit Shah in New Delhi over seat-sharing. Kushwaha refused to answer. Prodded further about why he was not called by Shah, Kushwaha said that if talks take place he would let everyone know.

“Our leader met RJD chief Lalu Prasadji a few months ago and that time only seat-sharing was discussed,” a senior RLSP leader said under cover of anonymity. “At the same time, he tried to send a message to the BJP camp that he was getting a good response from the RJD and he has an option to switch sides if the RLSP does not get a respectable number of seats.”

RJD leader Tejashwi Prasad Yadav has thrice extended an open invitation to Kushwaha, the last being after the Union minister’s “kheer from milk of Yadavs and rice of Kushwahas” comment. But every time, Kushwaha has backtracked, saying he has no plans to ditch the NDA.

RJD sources said that now Kushwaha can only join the Grand Alliance in Bihar on the RJD’s terms and he cannot make any demands.

“We are not going to please him anymore and will not give seats more than what the BJP will offer him,” a senior RJD leader said. “If he comes to the RJD we will not give him more than one seat in Bihar. If the situation changes we can give him one more seat in Jharkhand from Chatra, but not in Bihar. He has no other option now. He has to continue facing humiliation in the NDA or come to the Grand Alliance on our terms.”

In 2014, Kushwaha’s party had contested and won

three seats. Since then,

however, Arun Kumar of Jehanabad has turned rebel and deserted Kushwaha.