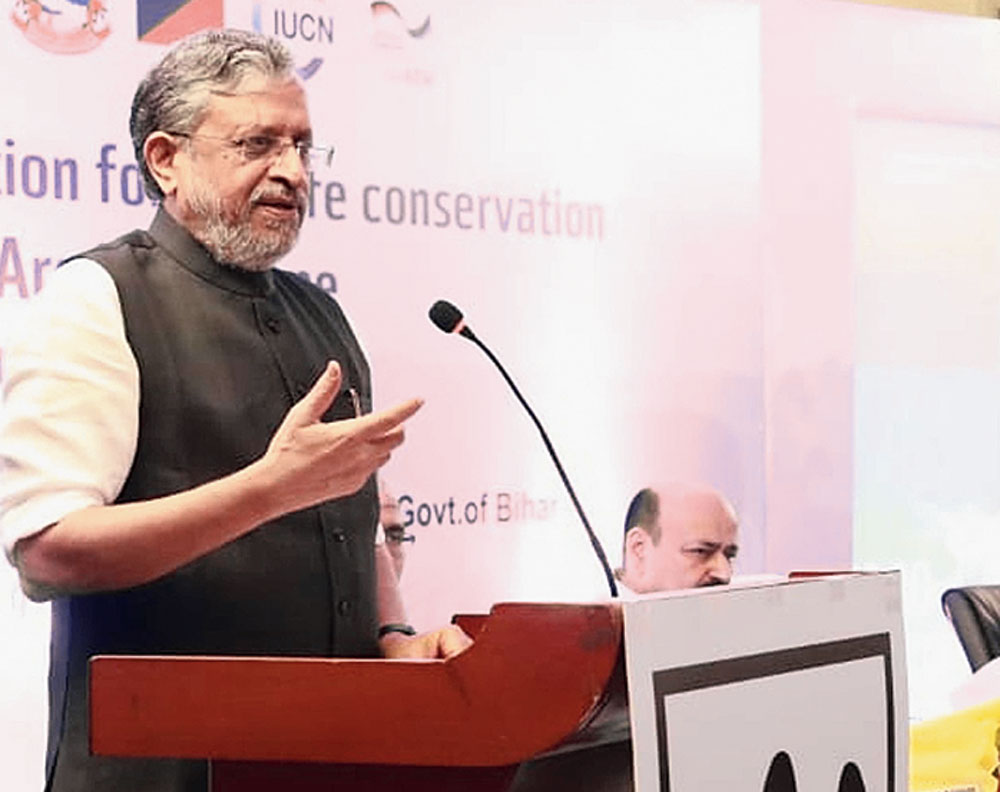 The 116th birth anniversary (October 11) of socialist leader Jayaprakash Narayan is going to be special as one of his disciples — Sushil Kumar Modi — will be releasing a book on the late leader’s more famous disciple — Lalu Prasad.

Titled Lalu Leela, the book will have details of property allegedly amassed by Lalu and his family members. The book release function is scheduled to be attended by a galaxy of BJP leaders including Union ministers Ravi Shankar Prasad, Radha Mohan Singh and Giriraj Singh. State parliamentary affairs minister and JDU leader Shravan Kumar’s name also features in the list of prominent guests invited to the function.

In January, The Telegraph had broken the story of Modi’s plan to come out with a book on the assets of Lalu and his family members and also about the modus operandi adopted by them to acquire the assets.

The book has messages from two prominent BJP leaders and Union ministers, Arun Jaitley and Nitin Gadkari, in which they have praised the efforts of the Bihar deputy chief minister for penning the book.

Union minister and senior BJP leader Ravi Shankar Prasad has written the introduction of the book, in which he has credited Modi for formation of the NDA government in Bihar for the second time, in July 2017.

A series of exposes by Modi against Lalu and his family resulted in chief minister Nitish Kumar walking out of the Grand Alliance and embracing the NDA.

Modi had convened over three dozen press conferences between April and July, ahead of the end of the Grand Alliance in Bihar.

At the conferences, he shared documents to bolster his charges against the first family of the RJD. The RJD remained in denial mode, rubbishing the charges.

The book provides the modus operandi allegedly employed by the RJD chief and his family to amass assets. It also claims how the family took property from others in lieu of favours.

The book’s appendix has a list of assets owned by Lalu and his family and has a separate section mentioning property attached by different agencies.

“It is part of NDA strategy to mount pressure on the Opposition on the corruption issue,” a close aide said about Modi’s strategy. “The NDA stands to make it an issue in the coming elections. Hence, the book release function will provide a platform to bring the corruption issue to the centre stage of political discourse in the state.”