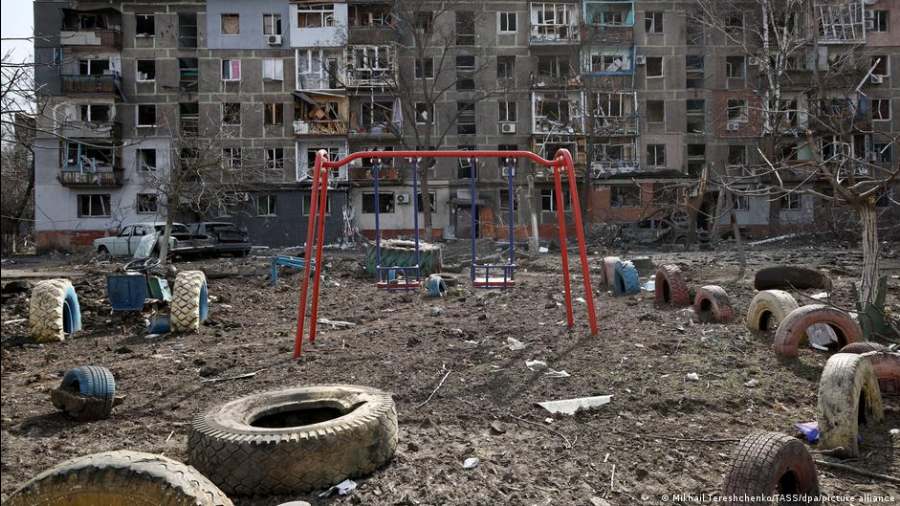 Farmers say they face shortages of fuel and fertiliser, and that some of their workers have gone to the battlefield.
File Photo
New York Times News Service   |   Published 11.04.22, 03:37 AM

The farmer was working in his field on a recent morning when a neighbour called to tell him that his warehouses had been shelled. He rushed back and found them on fire and one of his workers lying on the ground with shrapnel lodged in his head.

“In one word, it was destruction,” said the farmer, Yuriy Gumanenko, 48. “Everything was destroyed into pieces.”

The farmworker, 62, was hospitalised and had little chance of surviving, Gumanenko said. Three of Gumanenko’s four tractors were destroyed, and so were the roofs of his warehouses. The wheat he was hoping to sell and many of his seeds were lost.

In the past six weeks, Russian shells have destroyed Ukrainian cities, homes, hospitals and schools. But the war has also reached deep into the fertile plains of a region known as Europe’s breadbasket, paralysing harvests, destroying granaries and crops, and bringing potentially devastating consequences to a country that produces a large share of the world’s grain.

Ukraine has already lost at least $1.5 billion in grain exports since the war began, the country’s deputy agriculture minister said recently. And Russia, the world’s leading grain exporter, has been largely unable to export food because of international sanctions.

The combination is creating a global food crisis “beyond anything we’ve seen since World War II,” the chief of the United Nations World Food Program has warned.

In Ukraine, warehouses are filled with grain that cannot be exported. Russia has blocked access to the Black Sea, Ukraine’s main export route, cargo trains face logistical hurdles, and trucking is stymied because most truck drivers are men aged 18 to 60 who are not allowed to leave the country and cannot drive agricultural exports across the border.

Ukraine has also banned some grain exports to ensure that it has enough food to feed its people.

On Tuesday, the agriculture ministry said six large granaries had been destroyed by Russian shelling. Farmers say they face shortages of fuel and fertiliser, and that some of their workers have gone to the battlefield.

Some farmers have been pushed off their lands by the fighting, with shells and rockets destroying their machines, wounding their workers and killing their cattle.

“My farm has turned to ruins,” said Grigoriy Tkachenko, a farmer in the village of Lukashivka, near the northern Ukrainian city of Chernihiv. “There is almost nothing left.”

His farm was shelled on a recent evening at milking time, he said. A rocket struck the milking hall, and the workers ran to another building for shelter. When the attack ended, Tkachenko’s farm had been reduced to rubble and scores of cows and small lambs lay dead.

The farm — his cattle, warehouses and machinery — was the product of his life’s work. After working in collective farms when Ukraine was under Soviet rule, Tkachenko bought about 15 acres and seven cows in 2005. Over the years, he expanded his operation to 3,700 acres and 170 cows, also producing corn, wheat, sunflowers and potatoes.

“What we built over decades,” he said, “they destroyed it over just a few days.”

Farmland covers 70 percent of the country and agriculture was Ukraine’s top export, producing nearly 10 percent of its gross domestic product. Ukraine was one of the world’s main exporters of corn and wheat and the biggest exporter of sunflower oil.