US tells Saudis to act on Khashoggi's murderers 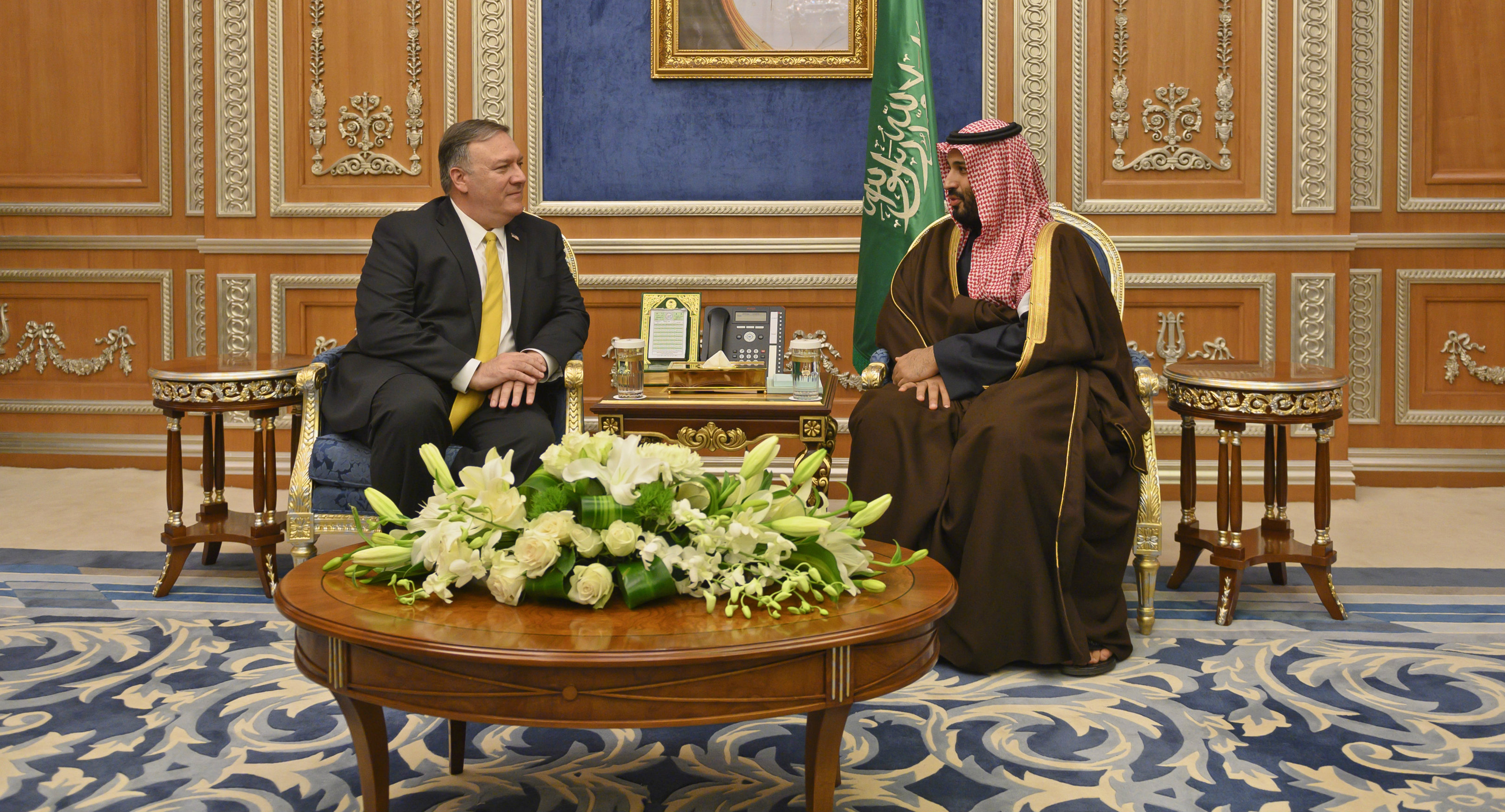 US Secretary of State Mike Pompeo said he told the king and crown prince of Saudi Arabia on Monday that the Trump administration expects the kingdom to hold accountable 'every single person' responsible for the slaying of journalist Jamal Khashoggi, who was killed inside one of the country's consulates after writing columns critical of the government.

In talks with Saudi King Salman and Crown Prince Mohammed bin Salman, who has been accused by some of complicity in the murder, Pompeo said he had been clear about the administration's expectations.

Pompeo also said that President Donald Trump's threat to devastate NATO ally Turkey's economy if it attacks US-backed Kurdish fighters in Syria underscored America's commitment to its Kurd partners. He said he assumed Trump was referring to sanctions that could be imposed if Turkey takes military action against the Kurds but referred questions to the White House.

At the end of a trip to Riyadh that also focused on Mideast crises and countering threats from Iran, Pompeo said he had raised the Khashoggi case in his meetings with Saudi King Salman and Crown Prince Mohammed bin Salman as well as other human rights concerns, and the fate of women's rights activists who have been detained in the kingdom.

'We spoke about human rights issues here in Saudi Arabia, women activists,' he said. 'We spoke about the accountability and the expectations that we have. The Saudis are friends and when friends have conversations you tell them what your expectations are.'

'Our expectations have been clear from early on: Every single person who has responsibility for the murder of Jamal Khashoggi needs to be held accountable,' Pompeo said. He said the Saudis understood and had reiterated pledges to pursue the case wherever it leads. He would not comment on US intelligence suggesting the crown prince may have ordered the killing.

The relationship between Riyadh and Washington remains tense following Khashoggi's brutal slaying and dismemberment at the Saudi Consulate in Istanbul in October. Members of Prince Mohammed's entourage have been implicated in the killing and US lawmakers have demanded America pull back its support of the Saudi-led war in Yemen.

On the detained women rights activists, Pompeo said the Saudis had committed that the 'lawful judicial process would take place and they would do so quickly and that they would continue down that path.'

'They understand the concerns that some have and they are going to do their best to communicate as appropriate,' he said.

Pompeo traveled to Saudi Arabia as part of a broader Middle East tour that has already taken him to Jordan, Iraq, Egypt, Bahrain and the United Arab Emirates. He was to depart from the kingdom for Oman shortly after his meetings in Riyadh but canceled plans to wrap up the trip in Kuwait on Tuesday, due to a death in his family.

At each stop, Pompeo has sought to reassure Arab leaders that President Donald Trump's decision to withdraw US forces from Syria does not mean Washington is abandoning the Middle East or the fight against the Islamic State group.

Pompeo said he believed he had been successful in explaining Trump's position despite a lack of detail on exactly how and when the withdrawal will take place and differences with Turkey over the fate of US-backed Syrian Kurdish fighters after American forces leave.

Trump tweeted late Sunday that the US will 'attack again from existing nearby base if it (IS) reforms. Will devastate Turkey economically if they hit Kurds.' Trump's decision to leave Syria, which he initially said would be rapid but later slowed down, shocked US allies and angered the Syrian Kurds.

But Pompeo said the US message on the Kurds has been straightforward and unchanged since Trump made the decision to withdraw US troops from Syria last month.

'The administration has been very consistent with respect to our requirement that the Turks not go after the Kurds in ways that are inappropriate,' Pompeo said. 'If they are terrorists, we're all about taking down extremists wherever we find them. I think the president's comments this morning are consistent with that.'

Asked specifically about what Trump meant by devastating Turkey's economy, Pompeo replied: 'We apply sanctions in many places around the world. I assume he's speaking about those kinds of things but you would have to ask him.'

In Riyadh, he also tried to impress upon leaders the importance of a political solution to the conflict in Yemen, the Arab world's most impoverished country, and the need to step up efforts to counter Iran's increasing assertiveness in the region, manifested by its support for Lebanon's militant Hezbollah movement, Syria's government of President Bashar Assad, Shiite militias in Iraq and the Houthi rebels in Yemen.

He lamented that the Houthis were not living up to pledges they made at U.N.-brokered peace talks in Sweden. 'We need both sides to honor those commitments and to date the Iranian-backed Houthis have chosen not to do that,' he said.

Pompeo also pressed the Saudis on bringing an end to the near two-year-old dispute with its Gulf neighbor Qatar, which has badly hindered U.S. efforts to create a united Arab military alliance to counter Iran.

'It diminishes our ability to all work together,' he said of the spat that began in June 2017 with Bahrain, Egypt, Saudi Arabia and the United Arab Emirates boycotting of Qatar, alleging it funds extremist groups and has too-cozy ties to Iran.

In Doha on Sunday, Pompeo made similar remarks, but he said that while the United States could try to play peacemaker, it is ultimately up to the countries involved to resolve the situation.