In 1962, John F. Kennedy had also cancelled the subscription to The New York Herald Tribune 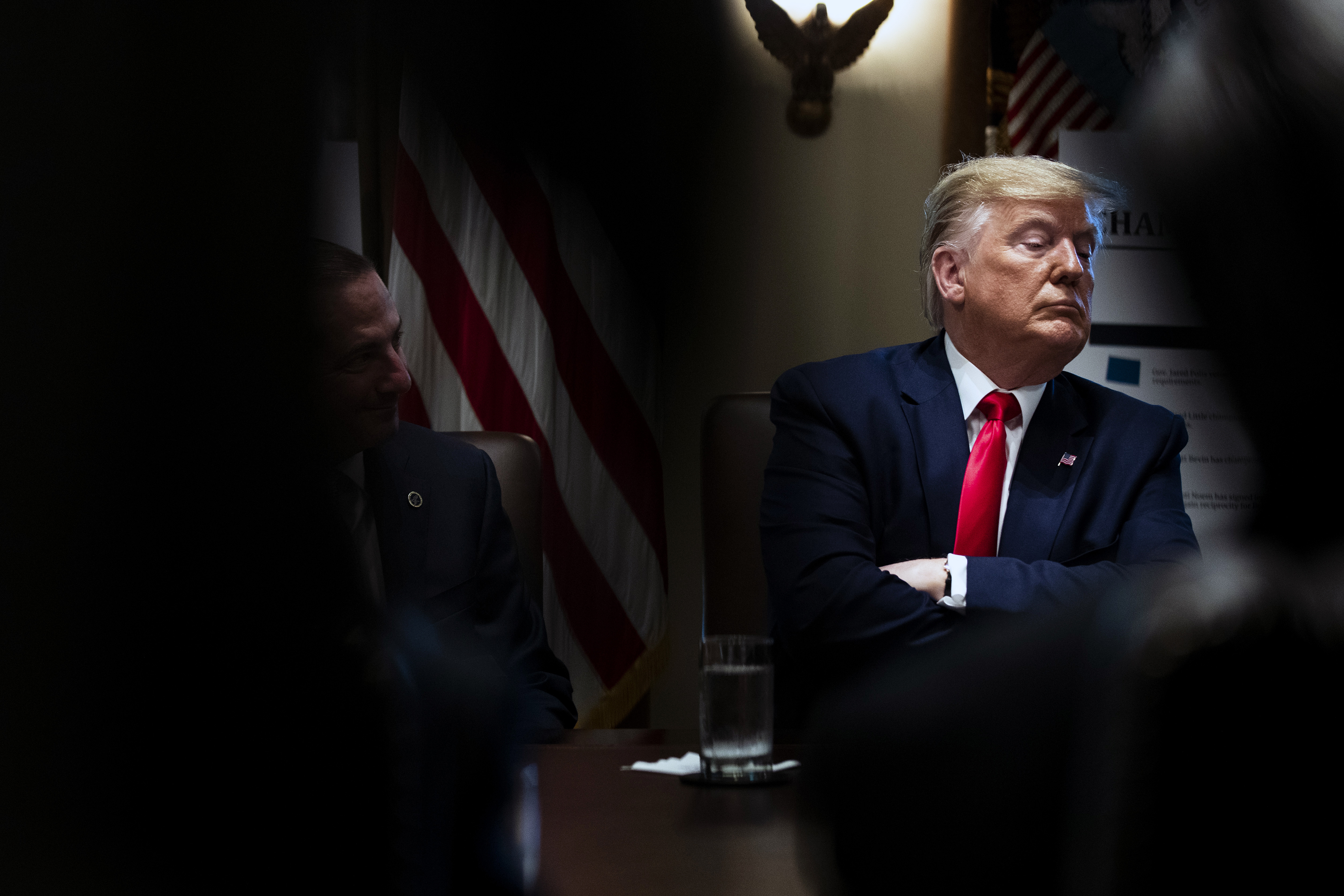 US President Donald Trump speaks to reporters during a cabinet meeting at the White House in Washington on Monday, October 21, 2019.
The New York Times
New York Times News Service/Michael M. Grynbaum   |   Published 25.10.19, 11:14 AM

President Donald Trump has called members of the press “enemies of the people,” deemed critical coverage “fake,” accused news organisations of treason and threatened to make it easier to sue journalists for libel.

But not until this week has Trump turned to the ultimate recourse of the unhappy reader: He canceled his subscription.

Officials in the West Wing on Thursday announced that copies of The Washington Post and The New York Times would no longer be delivered to the White House. The administration is moving to force other federal agencies to end their subscriptions to the papers, as well.

“Not renewing subscriptions across all federal agencies will be a significant cost saving — hundreds of thousands of taxpayer dollars will be saved,” White House press secretary Stephanie Grisham said in a statement.

The White House remains a significant customer of print journalism: Copies of The Wall Street Journal, USA Today, The Financial Times and other publications are delivered to 1,600 Pennsylvania Ave. every morning, along with Trump’s preferred first read, The New York Post.

And the President remains a rabid absorber of the wider media landscape, frequently commenting on what he sees on cable news and sending handwritten notes to journalists, often scrawled on printouts of their articles.

Trump previewed his cancellation plans in an interview on Monday on Fox News, during which he called The Times “a fake newspaper” and told Sean Hannity that “we don’t even want it in the White House anymore.”

“We’re going to probably terminate that and The Washington Post,” Trump said in the interview. “They’re fake.”

Jonathan Karl, the president of the White House Correspondents’ Association, said in a statement on Thursday, “I have no doubt the hardworking reporters of The New York Times and Washington Post will continue to do quality journalism, regardless of whether the President acknowledges he reads them. Pretending to ignore the work of a free press won’t make the news go away or stop reporters from informing the public and holding those in power accountable.”

There is some precedent for a presidential cancellation.

In 1962, John F. Kennedy, apparently fed up with the coverage of The New York Herald Tribune, decreed that copies of that newspaper would no longer be delivered to the White House. His press secretary, Pierre Salinger, after initially ignoring the President’s repeated requests to cancel the paper, eventually acquiesced and announced that Kennedy would instead read The St. Louis Post-Dispatch.

The move was met with mockery. A New Jersey lawmaker ordered a year’s gift subscription to The Herald Tribune sent to Kennedy. On the floor of Congress, Rep. Steven Derounian, R-N.Y., called the decision “childlike.”

“If all members of Congress followed the President’s lead, we would find that we were reading no newspapers at all,” Derounian said, according to an account in The Congressional Record. “It might be well to remind President Kennedy that on January 20, 1961, he was inaugurated as President, not coronated as king.”

Kennedy, it turned out, could not get along without his daily copy of The Herald Tribune. In his memoir, Salinger wrote that the staff was forced to “bootleg” copies of the paper to the president until it was formally allowed back in the White House.