US lifts ban for jabbed travellers 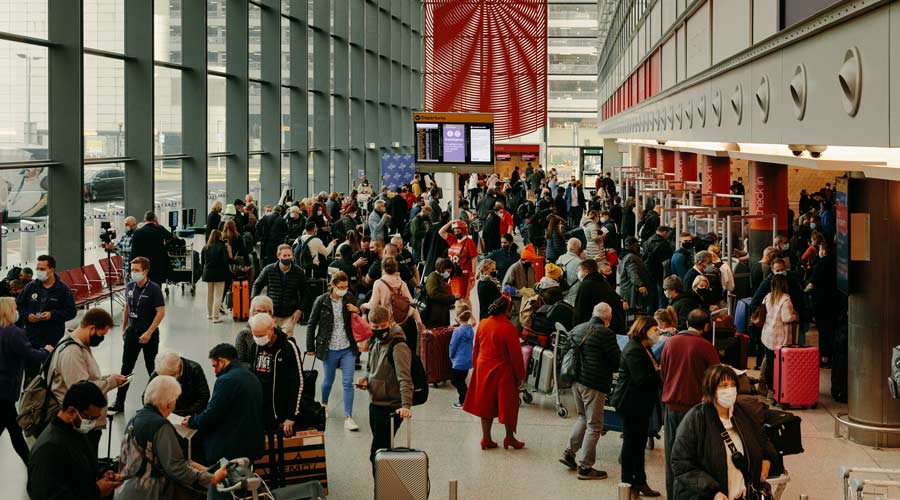 The US reopened its borders for fully vaccinated travellers from dozens of countries on Monday, ending more than 18 months of restrictions on international travel that left families separated from loved ones and cost the global travel industry hundreds of billions of dollars in tourism revenue.

Under the new rules, fully vaccinated travellers will be allowed to enter the US if they can show proof of vaccination and a negative coronavirus test taken within three calendar days of travel. Unvaccinated Americans and children under the age of 18 are exempt from the requirement, but must take a test within one day of travel.

The shift has come in time for the holiday season, when the beleaguered tourism industry is eagerly awaiting an influx in international visitors, especially in popular big-city destinations like New York, Los Angeles and Miami.

The extended ban on travel from 33 countries — including EU members, China, India and Iran — devastated the sector and resulted in losses of nearly $300 billion in visitor spending and more than one million American jobs, according to the US Travel Association.

“Monday begins in earnest the return of international travel, when long-separated families and friends can safely reunite, travellers can explore this amazing country, and the US is able to reconnect with the global community,” said Roger Dow, the association’s president and chief executive officer.

“It is a monumental day for travellers, for the communities and businesses that rely on international visitation, and for the US economy overall.”

Airlines saw a big spike in online searches and ticket bookings for international travel — particularly from Europe and Latin America — after the administration announced its plans to ease the travel restrictions in September.

American Airlines said bookings over the three days after the announcement were up 66 per cent for flights between Britain and the US, 40 per cent for those from Europe and 74 per cent for Brazil, compared to a similar period a week earlier.

United Airlines said that it sold more tickets for trans-Atlantic flights in the days after the announcement than during a similar period in 2019, a first since the pandemic began.

Delta Air Lines said many of its international flights on Monday were fully booked. The carrier’s first flight into the US under the new restrictions, DL106, is expected to arrive from São Paulo, Brazil.