Advertisement
Home / World / US has no legitimate reasons to freeze Afghanistan's assets: China

US has no legitimate reasons to freeze Afghanistan's assets: China 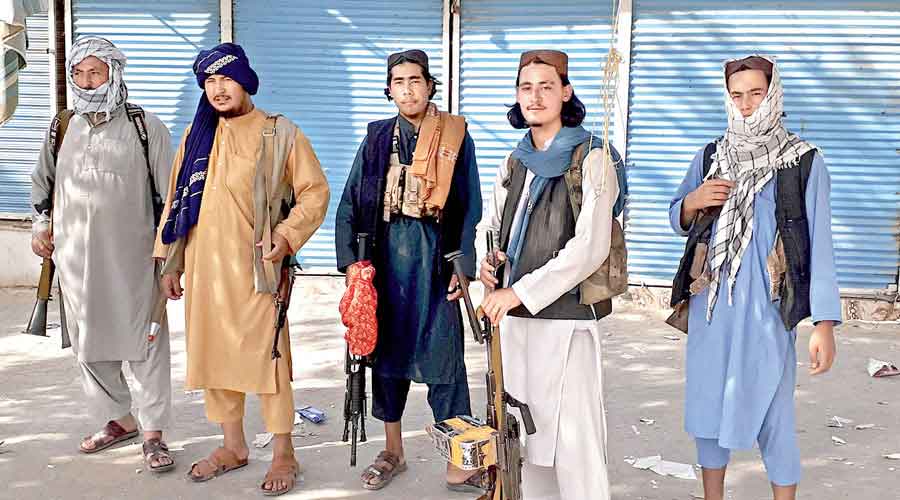 China on Wednesday supported the Taliban's demand that the US should unfreeze Afghanistan's assets and said that America has no legitimate reasons to do so as the Chinese envoy to Kabul called on acting Afghan Foreign Minister Amir Khan Muttaqi and congratulated the interim government.

According to reports from Washington, the US has frozen about USD 9.5 billion in assets belonging to Afghanistan's central bank and stopped shipments of cash to Kabul, in a bid to keep the Taliban government from accessing the money.

Chinese Foreign Ministry spokesman Zhao Lijian told reporters here that the US has no legitimate reasons to freeze Afghanistan's assets.

Asked about the Taliban's demand that the US should unfreeze Afghanistan's assets stating that they belong to the people of Afghanistan and the interim government will take a legal action possible to get the funds released, Zhao said: “I think that the (Taliban's) spokesperson is right. These assets belong to the Afghan people.”

“They (the US) should respond to the legitimate requests of the Afghan people and stop the wrong practice of sanctions and stop making obstacles for Afghanistan's peace and reconstruction,” he said.

After the Taliban's seizure of power in Afghanistan last month, the International Monetary Fund and the World Bank halted their aid to the war-torn country which largely depends upon the flow of foreign funds.

According to reports from Kabul, Afghanistan's economy is near collapse even as the United Nations has made hectic efforts to galvanise global efforts to rush food and essential supplies.

Meanwhile, in a major boost to the Taliban's fledgling interim government which struggled to gain international recognition as it mainly comprises the Taliban leaders, contrary to its promise of forming an inclusive government, China's Ambassador in Kabul Wang Yu met acting Afghan Foreign Minister Muttaqi on Tuesday.

"This afternoon, Acting Minister of Foreign Affairs of the Islamic Emirate of Afghanistan Mawlawi Amir Khan Muttaqi met with the Ambassador of the neighboring China Wang Yu in Kabul," Taliban spokesman Mohammad Naeem said in a tweet, adding that the Chinese ambassador congratulated the new Afghan government".

China along with Pakistan and Russia have kept their embassies open in Kabul.

Wang, in his meeting with Muttaqi, appreciated the efforts of the Afghan side to ensure the safety of Chinese citizens, China's state-run CGTN-TV reported.

He said China respects the sovereignty, independence and territorial integrity of Afghanistan and supports the Afghan people to choose their own development path.

Asked for his reaction to the Chinese Ambassador's meeting with Muttaqi, spokesman Zhao said: I can tell you that China's Embassy in Afghanistan is operating normally. We stand ready to maintain communication with the new government in Afghanistan .

China, which earlier urged the Taliban to form an open, inclusive and moderate government, defended the Taliban's interim government as a necessary step to restore order and end anarchy .

Since the Taliban came to power, China has been asking it to make a clean break from terrorist groups and especially not to permit the Uygur militant group from Xinjiang, the East Turkistan Islamic Movement (ETIM).

Taliban spokesman Suhail Shaheen told China's state-run Global Times on September 10, since the Taliban came to power, the ETIM militants have left Afghanistan. He did not specify where they fled.

China says the ETIM is an al-Qaida backed militant group fighting for the independence of the volatile Xinjiang province.

China's state-run Xinhua news agency on Wednesday reported that Taliban intelligence chief in Afghanistan's northern Kunduz province Hajji Najibullah Haron has said that reports about the presence of militants affiliated with the Islamic State (ISIS) group are baseless and fabricated.

"Lasting peace has returned to Kunduz province and people are living in peace there and any report about the presence of Daesh (Islamic State) militants in Kunduz is utterly baseless," Haron told reporters on Wednesday.

Afghanistan will not allow anyone to sabotage peace and security in Kunduz or any other parts of the country, he added.