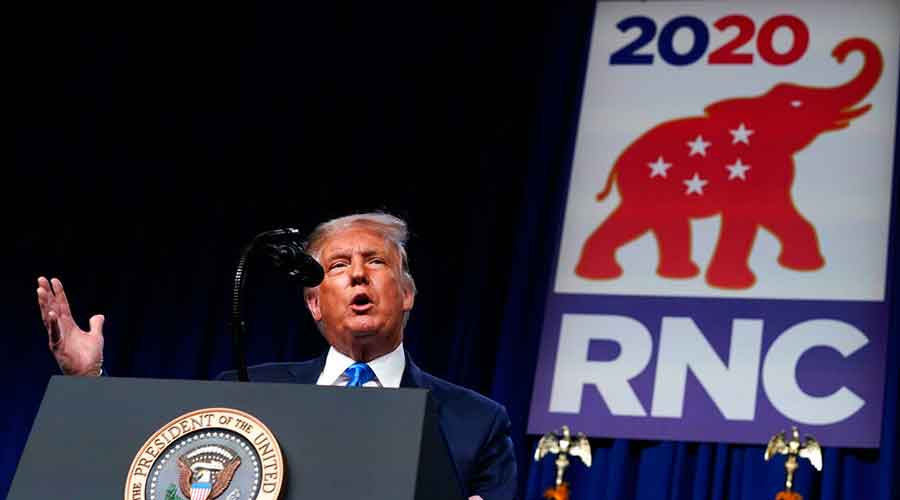 Trump formally secured the votes he will need to claim the party’s renomination in Charlotte, North Carolina, where party members are meeting amid a coronavirus pandemic that has killed more than 176,000 Americans, erased millions of jobs and eroded the President’s standing among voters.

The partly virtual, partly in-person extravaganza studded with Trump family members will feature the President speaking every day, even as protesters target the convention site.

It marked a contrast with Democrats, who opted for a virtual format to nominate Biden and running mate
Senator Kamala Harris.

That change was intended to reduce the risk of the virus being spread at the political event.