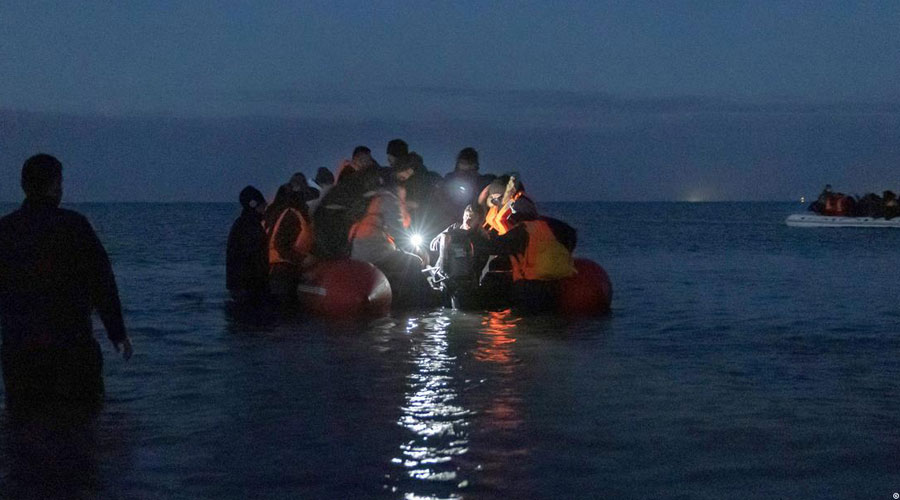 The United Kingdom receives fewer asylum-seekers than many other European countries, including France and Germany.
Deutsche Welle
Deutsche Welle   |   Published 01.11.22, 11:27 AM

The UK's Home Secretary Suella Braverman said the country was facing an "invasion" of migrants as she defended the government's treatment of thousands of people at an overcrowded center for asylum-seekers.

Speaking to parliament over allegedly failing to listen legal advice on the prolonged detention of migrants at an asylum processing center in southern England, Braverman said the current system was "broken" and "out of control," because of what she described as "the invasion of our southern coast."

"Let's stop pretending they are all refugees in distress, the whole country knows that is not true," Braverman said.

Hundreds of people who crossed the English Channel in dinghies have been moved to Manston, a former airfield in the southeast of the country, after another processing center was hit with gasoline bombs on Sunday by an attacker who went on to commit suicide.

There are around 3,000 people housed at the location, even though it is supposed to hold just half that.

The head of the UK's Immigration Services Union (ISU), Lucy Moreton, said the number of people at the facility had even reached 4,000 and it was "catastrophically overcrowded."

The Manston facility is intended to be a temporary location where new arrivals spend their first 24 hours before moving on to longer-term accommodation. Refugee groups, however, say some asylum seekers have had to remain there for weeks.

Chief Inspector of Borders David Neal recently visited Manston, where he described the conditions as "wretched." He said how there had been cases of diphtheria there and "it's a really dangerous situation."

Conservative MP Roger Gale, who represents the Manston area in Parliament, said the situation there was a "breach of humane conditions." He accused the Home Secretary of intentionally worsening conditions at Manston by refusing to book hotel rooms for asylum seekers.

"Up until about five weeks ago the system was working as it was intended to, very well indeed," he said. "It's now broken and it's got to be mended fast."

The United Kingdom receives fewer asylum-seekers than many other European countries, including France and Germany. But there has been a sharp upturn in the number of people trying to cross the English Channel in dinghies. So far this year, around 40,000 people have made the hazardous journey across the channel, up from 28,000 in all of 2021 and 8,500 in 2020.

Dozens have died, including 27 people in November 2021 when a packed smuggling boat capsized.

Braverman has also faced recent criticism for sending sensitive government material from her private email account, a lapse that led to her resignation in the final days of Liz Truss' brief premiership. She was reappointed last week when newly-installed Prime Minister Rishi Sunak took office.

Last week, British police said that a suspect threw petrol bombs at a migrant processing center in the southern port of Dover.

Darling of Right, Suella is hated by Left