Given the market size, the move will heavily impact Russian Airline Operations 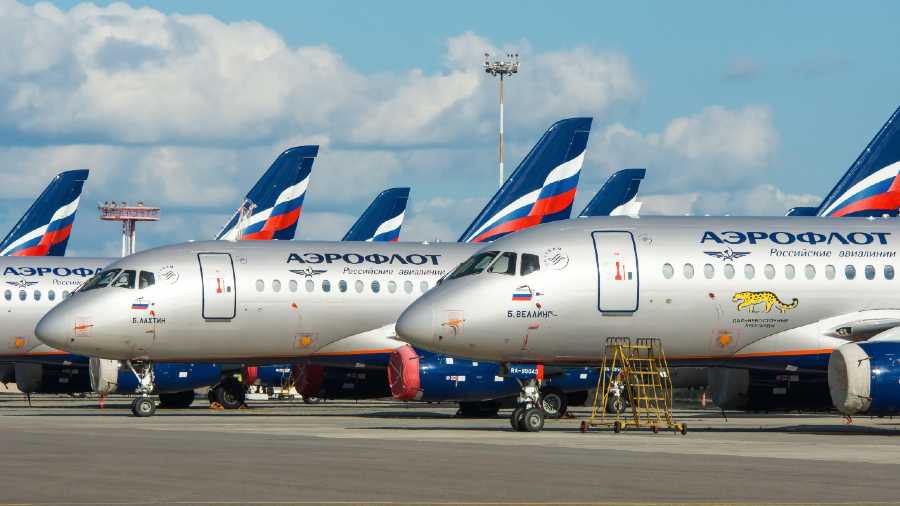 Flagship Aeroflot and other carriers faced the western crackdown as the effects of sanctions over Russia’s invasion of Ukraine.
Shutterstock
Reuters   |   Published 03.03.22, 02:20 AM

Russian aviation veered towards isolation on Wednesday as Boeing and Airbus halted the supply of components and analysts predicted carriers may strip parked planes for parts or be tempted to explore alternative sources to continue flying.

Flagship Aeroflot and other carriers faced the western crackdown as the effects of sanctions over Russia’s invasion of Ukraine ripple across the global aviation sector.

The US said late on Tuesday that it would follow the EU and Canada in banning Russian flights in a move that is likely to trigger Russian retaliation. Boeing said it had “suspended major operations” in Russia, where it also has research and engineering centres.

Airbus said it is halting supply of parts and services to Russian airlines but is also analysing whether its Moscow engineering centre could continue providing services to local customers. It did not say what kind of work this might involve.

The bans come just as major powers discuss reviving a deal that lifted similar sanctions against Iran, until Washington withdrew in 2018.

Sanctions against Russia, which calls its actions in Ukraine a “special operation”, will have greater consequences than those on Iran or North Korea, given the size of its market.