As the Queen led the nation in remembering the birth of the Royal Air Force exactly 100 years ago on April 1, 1918, the BBC paid special tribute to a handful of Indians, among them the remarkably audacious Bengali fighter pilot, Lt Indra Lal Roy. 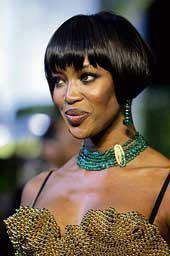 London: As the Queen led the nation in remembering the birth of the Royal Air Force exactly 100 years ago on April 1, 1918, the BBC paid special tribute to a handful of Indians, among them the remarkably audacious Bengali fighter pilot, Lt Indra Lal Roy.

"Laddie" Roy, who went down in flames at the age of 19 - but not before he had managed nine German "kills" (later increased to 10) - initially joined the army's Royal Flying Corps, which merged with the Royal Naval Air Services on April 1, 1918, to form the RAF.

At the RAF Museum in Hendon, north London, there are examples of the SE5a single seat aircraft flown by Laddie, plus archival material on him, including his "casualty card", which mentions he was first reported "missing" on July 22, 1918, and a month later confirmed killed in action.

There is also a valuable copy of a book, Skyhawks, by journalist Somnath Sapru, with plenty of material on Laddie and the handful of Indians allowed to join an officer corps that had to be "pure European".

In films (such as Reach for the Sky), books and folklore surrounding "the Battle of Britain", the RAF is one of those organisations that has defined Britain.

Today, it aims to be "progressive" and let in ethnic minorities, which is why in its main morning news bulletin, the BBC mentioned the early days of "diversity" and Roy, Lt Hardik Singh Malik and Lt Errol Suvo Chunder Sen.

Before going to St George's Chapel with the rest of the royal family on Sunday, the Queen said in a message: "The anniversary of the world's first independent air force is of great significance, and it is fitting to pay tribute to the tenacity, skill and sacrifice of the men and women who have served within its ranks over the last century, and who have defended our freedom gallantly.

"Through its enduring focus on professionalism, excellence and innovation, the Royal Air Force stands as a shining example of inspiration around the world today and for the next generation.

"May the glory and honour that all ranks have bestowed on the Royal Air Force light its pathway to the future guarding our skies and reaching for the stars."

She finished the message with the Latin motto of the RAF, Per Ardua ad Astra, which translates to "through adversity to the stars".

The Queen's predecessor, George V, "Emperor of India" (who had visited Calcutta in 1912), sent a condolence message via the "Keeper of the Privy Purse to Laddie's mother, Lolita Devi, on learning of her son's death: "I am commanded to convey to you the expression of Their Majesties' sympathy with you in your sorrow and to assure you that during the long months of uncertainty Their Majesties' thoughts have been constantly with you and those who have been called upon to endure this exceptional burden of anxiety."

It seems Laddie is something of a legend in the RAF.