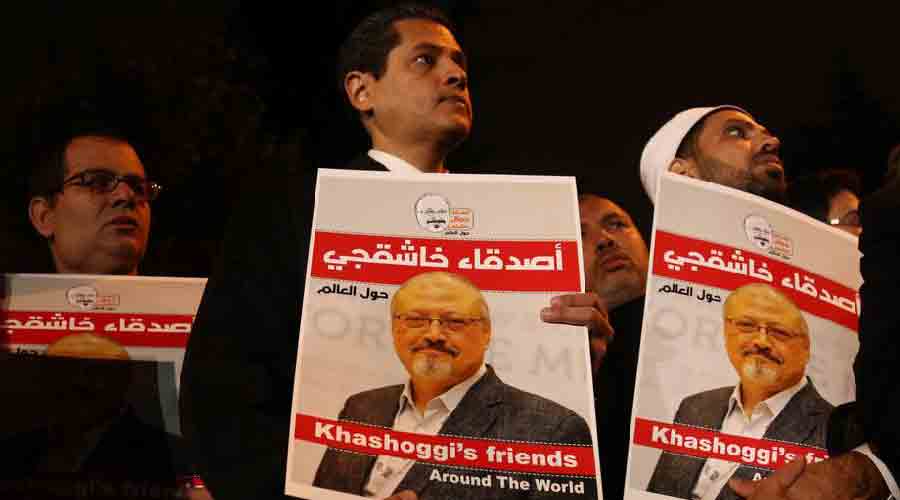 A Turkish court has confirmed transferring the case of the murder of journalist Jamal Khashoggi to Saudi Arabia — a move that his family and rights groups warned could lead to a cover-up of the killing.

A Turkish court on Thursday suspended the trial in absentia of 26 Saudis charged with the killing Jamal Khashoggi and confirmed transferring the case to Saudi Arabia.

Khashoggi, an outspoken critic of the Saudi royal family and a Washington Post columnist, was killed in the Saudi consulate in Istanbul in 2018.

Critics have warned that turning the case to Saudi Arabia would lead to a cover-up of the murder as the case has cast suspicion on Saudi Crown Prince Mohammed bin Salman.

It's still unclear if Saudi Arabia, which has already put some of the defendants on trial, would open a new case.

"By transferring the case of a murder that was committed on its territory, Turkey will be knowingly and willingly sending the case back into the hands of those who bare its responsibility," said Amnesty International's Secretary-General Agnes Callamard.

"Indeed, the Saudi system has repeatedly failed to cooperate with the Turkish prosecutor and it is clear that justice cannot be delivered by a Saudi court."

"Given the complete lack of judicial independence in Saudi Arabia, the role of the Saudi government in Khashoggi's killing, its past attempts at obstructing justice, and a criminal justice system that fails to satisfy basic standards of fairness, chances of a fair trial for the Khashoggi case in Saudi Arabia are close to nil," the rights group said.

The move is also widely seen as a political one, as it is likely to help Turkey — which has been struggling with an economic downturn — repair its ties with Saudi Arabia and its allies in the region.

Turkish officials have alleged that Khashoggi was killed and then dismembered with a bone saw inside the consulate by a team of Saudi agents sent to Istanbul.

His body has not been found.

In 2020, Turkey began prosecuting the defendants in absentia after Saudi Arabia rejected requests for their extradition. The defendants included two former aides of the prince.

The Riyadh court had initially ordered the death penalty, but Khashoggi's son said he forgave the defendants, leading to the judges reducing their punishment.