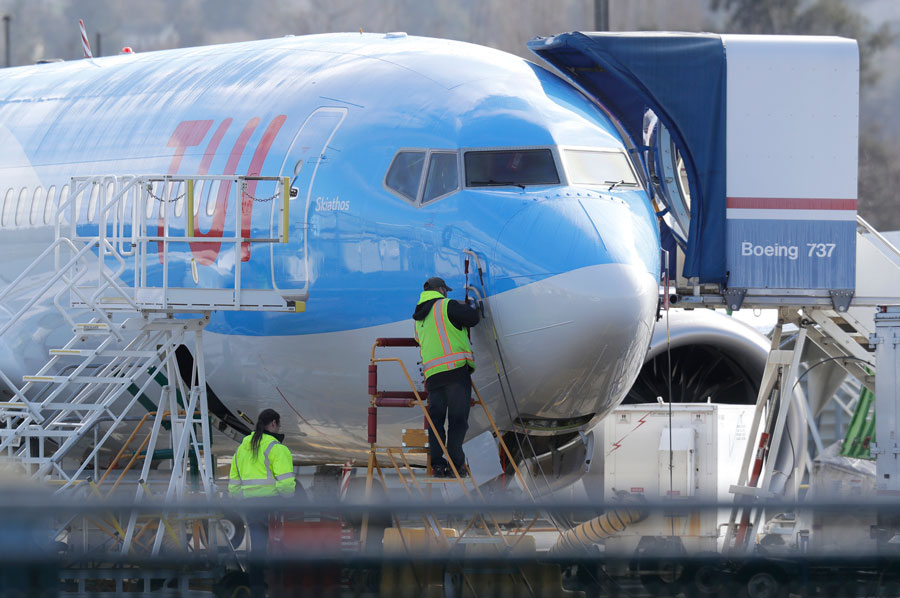 The US is issuing an emergency order grounding all Boeing 737 Max 8 and Max 9 aircraft “effective immediately” in the wake of the crash of an Ethiopian Airliner that killed 157 people, President Donald Trump said.

Many countries have already barred the Boeing 737 Max 8 from its airspace, but until Trump's announcement, the Federal Aviation Administration had said that it didn’t have any data to show the jets are unsafe. Trump cited “new information” that had come to light in the ongoing investigation into incident. He did not elaborate.

“All of those planes are grounded, effective immediately,” Trump said during a scheduled briefing on border security.

Trump said any airplane currently in the air will go to its destination and then be grounded. He added all airlines and affected pilots had been notified.

Trump said the safety of the American people is of “paramount concern', and added that the FAA would soon put out a statement on the action.

Trump said the decision to ground the aircraft “didn't have to be made, but we thought it was the right decision”.

The president insisted that the announcement was coordinated with aviation officials in Canada, US carriers and aircraft manufacturer Boeing.

“Boeing is an incredible company,” Trump said. “They are working very, very hard right now and hopefully they’ll quickly come up with an answer.”